In 2014, Gadkari beat Vilas Muttemwar of Congress, who had won four times from the seat. This time Congress has pitted Nana Patole against him. 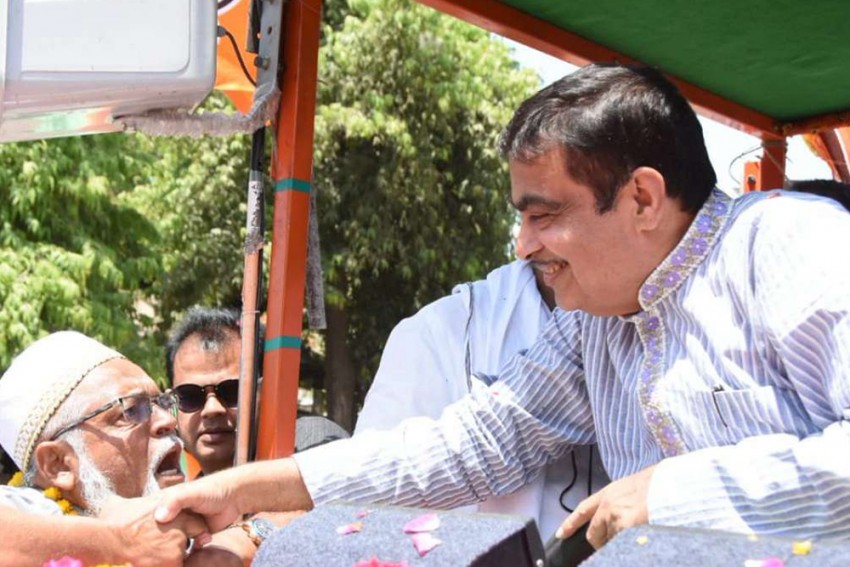 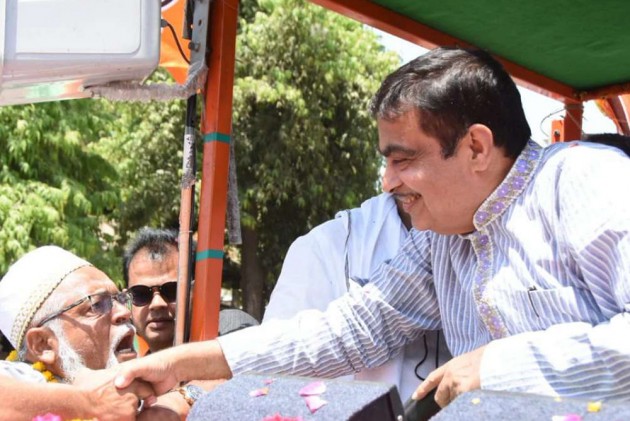 The Lok Sabha constituency of Nagpur, in Maharashtra, that houses the Rashtriya Swayamsevak Sangh headquarters, goes to the polls in the first phase on April 11.  In the last election BJP’s Nitin Gadkari had won the seat, with 5,87,767 votes.

This time, Union Roads and Highways Minister Gadkari is standing for re-election from the seat, with Congress pitting Nana Patole against him. 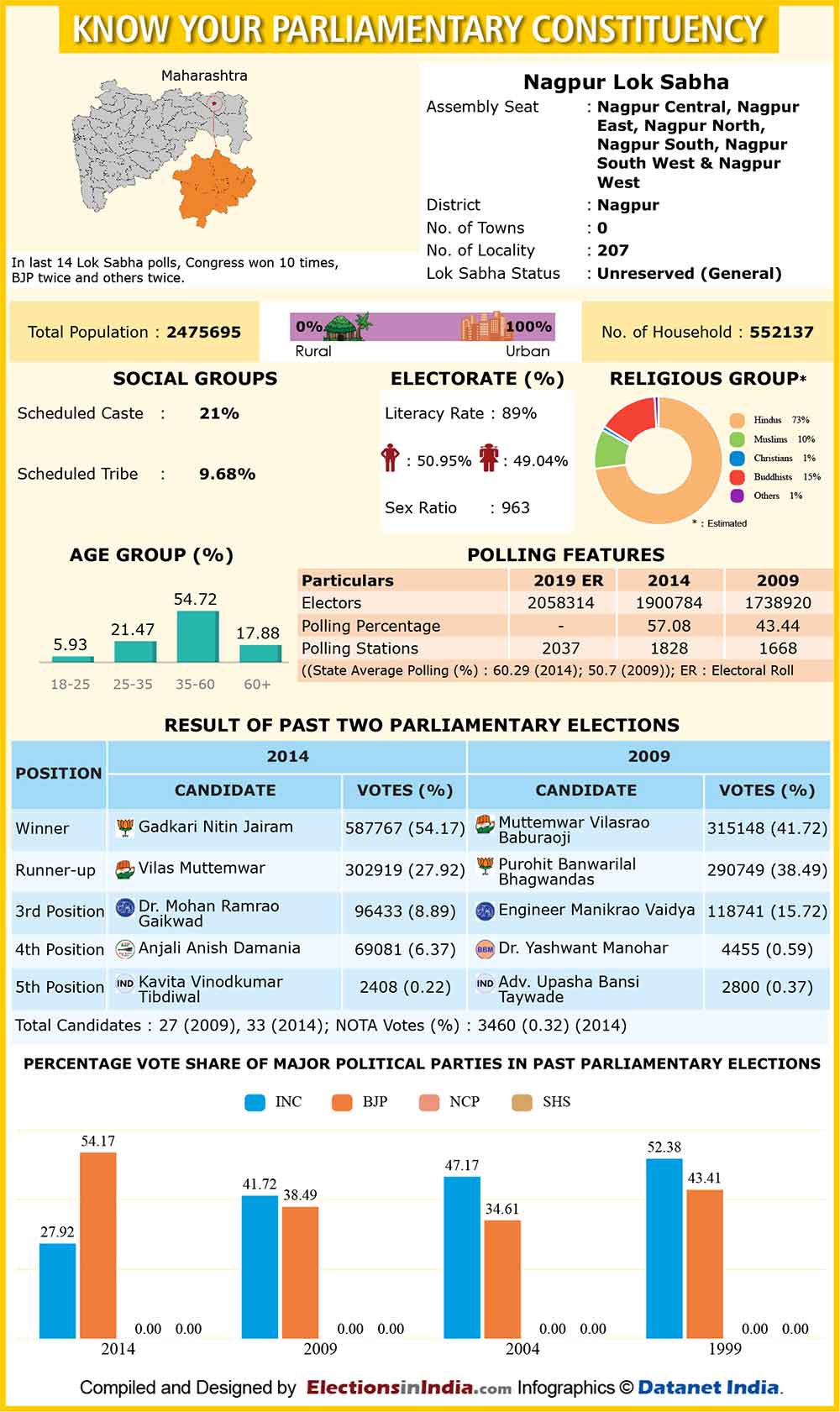 A look at some main features of this important parliamentary constituency:

In 2014, Gadkari beat Vilas Muttemwar of Congress, who had won four times from the seat. Muttemwar was first runner up with 3, 02,939 votes or 27.92 percent of votes, compared to Gadkari’s winning with 54.17 percent of votes.

A look at the winning graph in 1999, 2004 and 2009, shows that Congress won the seat easily, but the BJP was always close behind. The BJP finally wrested the seat in 2014, defeating the Congress by a heavy margin.

The BJP had won the seat in 1996 when its candidate Banwarilal Purohit, two-times winner as a Congress man, joined the BJP. In the 2009 election. BJP’s Purohit lost to Muttemwar of Congress.

While Hindus are the majority religious group, comprising 73 percent, the second largest religious group in the constituency are the Buddhists -15 percent, while Muslims comprise 10 percent, and Christians one percent.