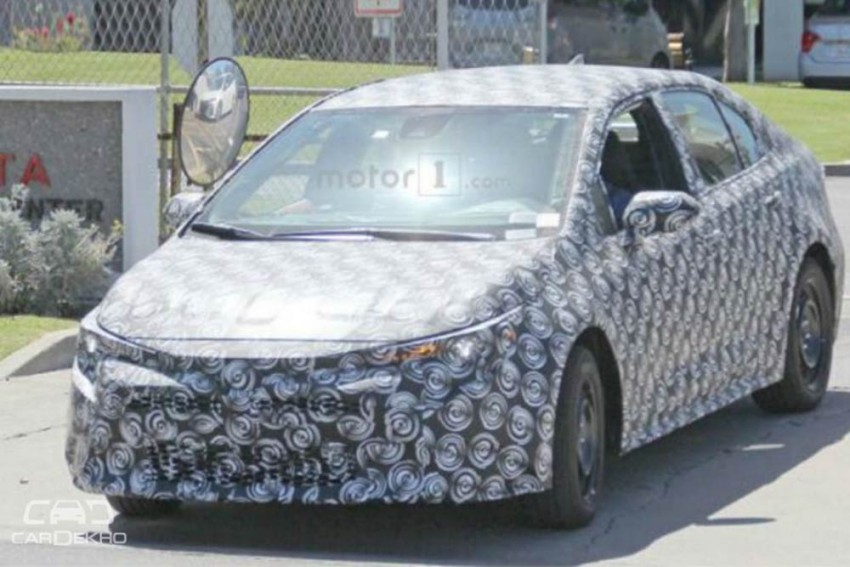 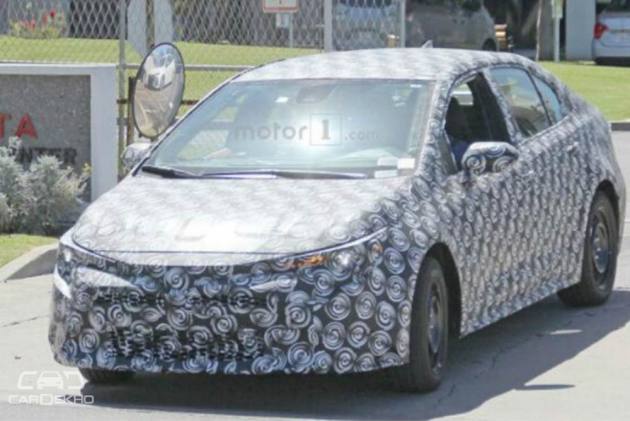 The highest selling car in the world will soon enter its 12th generation. Toyota is expected to showcase its new Corolla sedan at the upcoming Guangzhou Motor Show in China which begins from 17th November, 2018.

Underpinning the new Corolla will be Toyota’s TNGA GA-C platform which also forms the base of cars like the Prius and the Camry. Unlike the previous models, the new Toyota Corolla looks largely similar to its hatchback sibling, which debuted as the Auris earlier in 2018. The carmaker officially announced in August 2018 that the Auris name will be dropped in favour of Corolla globally.

While a hybrid powertrain has been available on the Toyota Corolla for quite some time now, it will be getting a PHEV (plug-in hybrid) with the new generation. It is expected to boast an all-electric range of 50km, which is more than the Prius Prime’s 40km range. Globally, the electric motor is expected to be teamed with a 2.0-litre, 4-cylinder petrol engine and transmission duties might be handled by an E-CVT (electronically controlled continuously variable transmission).

The 12th generation Toyota Corolla has already been captured undergoing tests. From the images it can be said that the visible changes will be quite radical. That said, the front fascia and the side profile till the C-pillar is expected to be similar to the hatchback. It will get design cues based on Toyota’s Under Priority Catamaran and Keen Look design philosophy. Expect a chunkier trapezoidal front grille flanked by sleeker sickle-shaped upswept bi-beam headlamps. Seen from the sides, the roof and shoulder line seem quite similar to the current model but we’ll reserve our exact judgement till there is an official unveil of the car. The tail section of the new Camry should come with boomerang-shaped side winding tail lights for a contemporary touch. 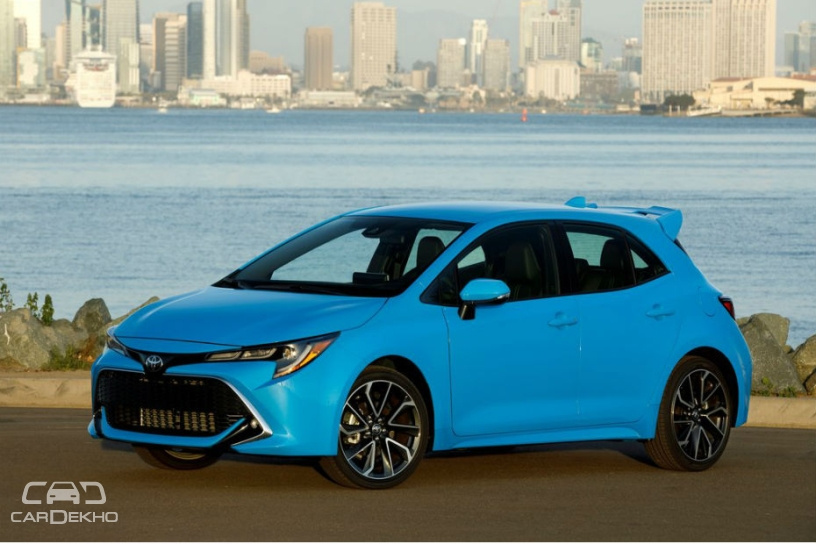 The Corolla sedan is also expected to share its interior design with the hatchback version. We expect to see a minimalistic dashboard with a three-spoke steering wheel and an 8-inch floating touchscreen with Entune 3.0 system. The Corolla hatchback gets the first infotainment unit from Toyota with Apple CarPlay and Amazon Alexa enabled connectivity suite. As far as Android users are concerned, after some reluctance, Toyota is now expected to offer Android Auto as well on new cars, and the first one could be the Corolla sedan. 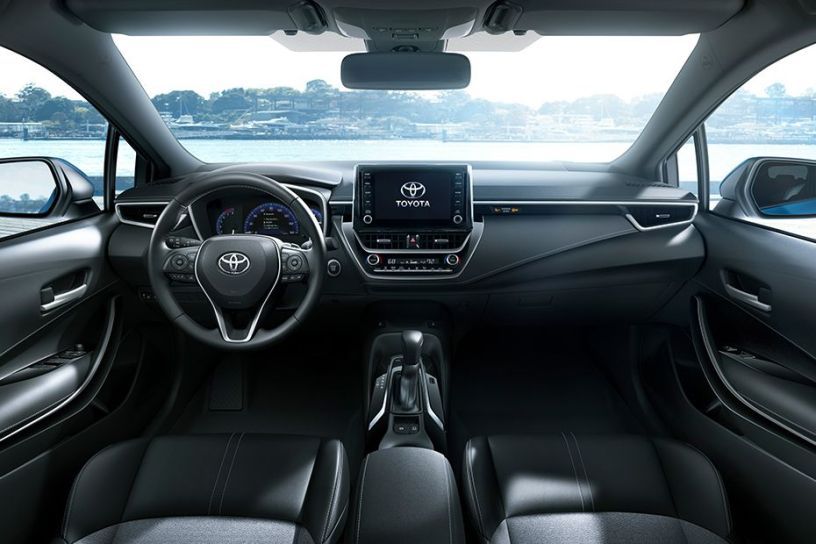 Optionally, you can also get an 8-speaker 800 watt JBL audio system with the Corolla hatchback. Once the Corolla brings this feature to the fore, Toyota might offer the same to the Fortuner and Innova Crysta facelift models.

The Corolla sedan is expected to receive Toyota Safety Sense 2.0 with features like pedestrian detection, radar cruise control, lane departure alert, auto high beam and blind spot monitoring system. It remains to be seen if any of these would make their way to the India-spec Corolla and disrupt the market.

Once unveiled, the Toyota Corolla sedan’s sales are expected begin by the end of this year or early next for global markets. The Indian market is expected to receive it in the year 2019 since it last received an update in 2017.

In India, the current Corolla Altis rivals the likes of the Skoda Octavia and Hyundai Elantra. Honda is set to re-enter this segment with the new Civic in the first half of 2019. Toyota has also revealed that it would offer the Corolla to Maruti Suzuki, which would badge-engineer it and introduce in India. Both the carmakers are yet to formally announce whether it would be the new model that will be shared or the existing version. The current-gen Corolla Altis starts from Rs 16.27 lakh in India and goes up to Rs 20.01 lakh (both prices ex-showroom Delhi).