As various powers again consider arming people they deem to be ‘rebels’ rather than ‘terrorists’ in Syria, they must remembers that the 100,000 odd mujahideen produced by Operation Cyclone over 14 years did not just disappear. 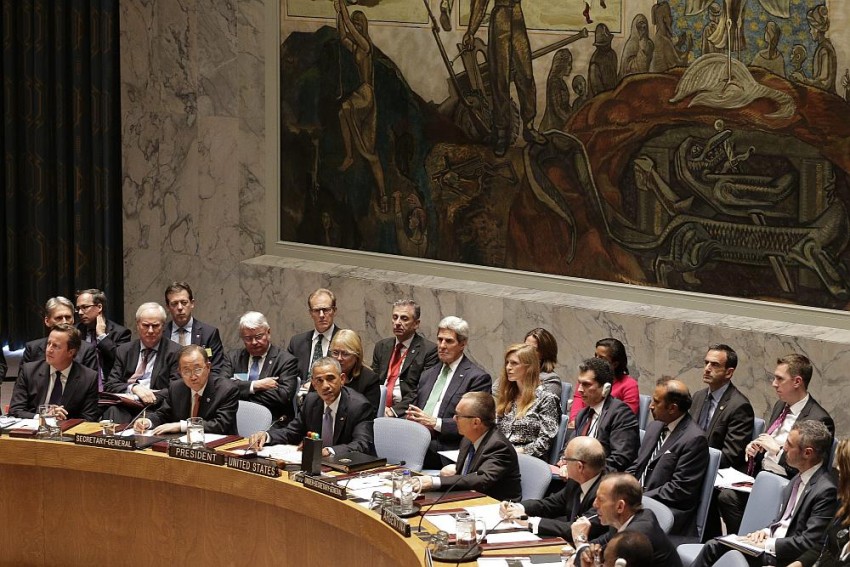 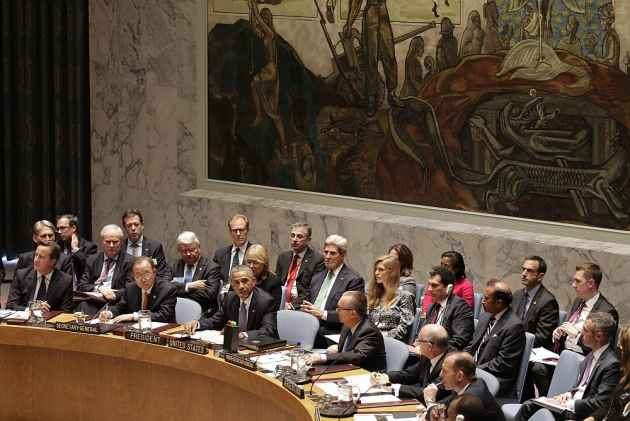 I-SIS, I-ran, I-raq— there’s not much difference. Or so the Israeli Prime Minister Benjamin Netanyahu would have us believe. In his address to the UN general assembly he elaborated on the moral equivalence between ISIS and Iran. This was a point that he repeated a number of times in his speech by taking their names together. “The Islamic State and the Islamic state of Iran…”. He seems to have been so keen to link the two that he twisted Iran’s official appellation "the Islamic republic of Iran".

The fundamental difference, dare I say, is the existential animosity that exists between ISIS and Iran, and has been pointed out ad nauseam by commentators from every nook and cranny of the political spectrum. This animosity is animated by a visceral hatred that the terrorists have towards Shi‘as in particular, and everyone who disagrees with them in general. This includes other Sunnis, Christians, Kurds and Yazidis amongst others. The release of ISIS’ manifesto, in which they state their aim to take control of Iranian nuclear secrets, underscores this fundamental antagonism. However, it is Pakistan that perhaps presents a much more clear and present danger of nuclear materials falling into the wrong hands

It is undeniable that Iran’s support of the Nouri al-Maliki’s Shi‘a led government in Iraq and the latter's active disenfranchisement of Sunni Iraqi tribes has, to a large extent, played a fundamental role in creating the corrosive atmosphere that subsequently provided fertile ground for ISIS to take roots. However, to collapse militarised extremists, political Islamists (Hamas) and sectarian differences into one amorphous threatening blob, as Netanyahu sought to do, is not only deliberately disingenuous but also dangerous.

Towards the end of his address Netanyahu spoke of the historical memory of Jews vis-à-vis Israel and the 3000 years old bond to Jerusalem. He emphasised that he was willing to make a ‘historic compromise’ and work with other Arab leaders in order to bring stability and peace in the region. However, the Israeli Prime Minister would do well to remember the history of roughly 30 years ago when a coalition headed by America, with support from Israel and Saudi Arabia and Pakistan, actively created and sustained the mujahideen, or militarised extremists, in Afghanistan to fight the Soviet threat in what was known as Operation Cyclone. The lessons to be learnt from that debacle are there for all to see but it seems that the very mistakes— some would argue, strategic choices— which were made then are being repeated today. To try and fight this menace with the help of those very Arab countries that have played a seminal role in the creation of ISIS seems at best naïve and, at worst, hypocritical. This new alliance was rearticulated by Tzipi Livni, Israel’s justice minister, on NPR recently when she lumped the military regime of Egypt and ‘Gulf countries’ into a coalition of “diplomats and moderates.”

For the time being Iran has chosen to abstain from joining ‘the coalition of the willing’ although in the liberation of the Shi‘a town of Amerli it sought to let the world know its capabilities. Fundamentally, Iran is driven by national self-interest, as is Israel and the various Arab countries. Indeed this is the very nature of all nation-states. To use the “Shi‘a-Sunni divide” in order to analyse the events of the region is not only naïve but indeed plays into the propaganda of both the Iranians and the Arabs. Additionally this reductionist point of view ignores the role of the fight over natural resources— oil, but also water— as well as geo-strategic depth amongst other factors.

As America and her allies try to militarily contain the terror of ISIS, it would be wise to remember that a military campaign will only have a limited impact. Bombing will not eliminate ISIS and at best might only contain it. In Afghanistan, collateral damage, a limited government, a fractured polity and a weak security apparatus amongst other things, have all contributed to the survival of the Taliban and indeed to its potential resurgence. As various powers again consider arming people they deem to be ‘rebels’ rather than ‘terrorists’ in Syria, they must remembers that the 100,000 odd mujahideen produced by Operation Cyclone over 14 years did not just disappear.

When faced with the military might of the US and NATO, the Taliban simply melted into the local civilian population and also found refuge with their original puppet-masters, the Pakistanis. Arab fighters, who at that point were encouraged to go fight in Afghanistan, returned home and the results of this is there for all to see as these fighters formed the core of a global terrorist movement: Al-Qaeda. Although the French, English and German terrorists in ISIS might have trouble “going native,” some might, like their precursors, return home to cause havoc. The fact is that military intervention will ultimately have to be backed by decisive and clear economic, political and social steps. The very wellsprings of this ideology must be shut off.

Many commentators, including myself, pointed out in the initial stages of the Syrian conflict that the way in which arms and money was being provided to rebel groups would most likely produce a situation that would not only mirror Afghanistan but indeed would be worse. Northern Syria and Iraq are accessible by land routes through Turkey to European militants amongst others and the impact of a volatile Iraq has wide-ranging geo-political repercussions.

Today, although the much-publicised women pilots from the UAE might be leading missions to bomb the terrorists the fact is that a much more long-term vision is needed in order to eliminate the spectre of these militarised extremists completely. The various countries of the Arabian peninsula must act decisively against those citizens and groups who are complicit in funding terror groups. One of the fundamental shifts that needs to take place is in the policies of the US and NATO towards their Arab allies, some of whom have contributed to the rise of ISIS. It is noteworthy that Turkey, an aspiring member of the EU, has managed to successfully prevent Turkish Kurds from joining their Syrian counterparts to fight against ISIS while they have singularly failed to stop the influx of European militants who now form a large part of ISIS’ fighting forces.

As India charts out a new strategic and economic relationship with America, Prime Minister Modi must use his growing global platform to urge America to re-configure its alliances with Pakistan and many countries of the West Asia, if the root cause of groups like ISIS is to be eliminated once and for all. Prime Minister Modi stated in his recent interview with Fareed Zakaria, and repeated during multiple public appearances in America, that a collective effort is needed to combat terrorism. He has also consistently underscored the need for inclusive development. Indeed it is inclusive development for all citizens, a point that PM Modi’s own party members would do well to heed, that is the only sure path towards peace and stability and one cannot be at the cost of the other. President Obama, Prime Minister Netanyahu, the Pakistani government as well as the leaders of various Arab monarchies would do well to understand this reality.