Neelambari: Does The Tune Really Own Sleep-Inducing Properties?

This week featured the World Sleep Day. A look at a classical Indian raga amid contrasting claims about its soporific effects: 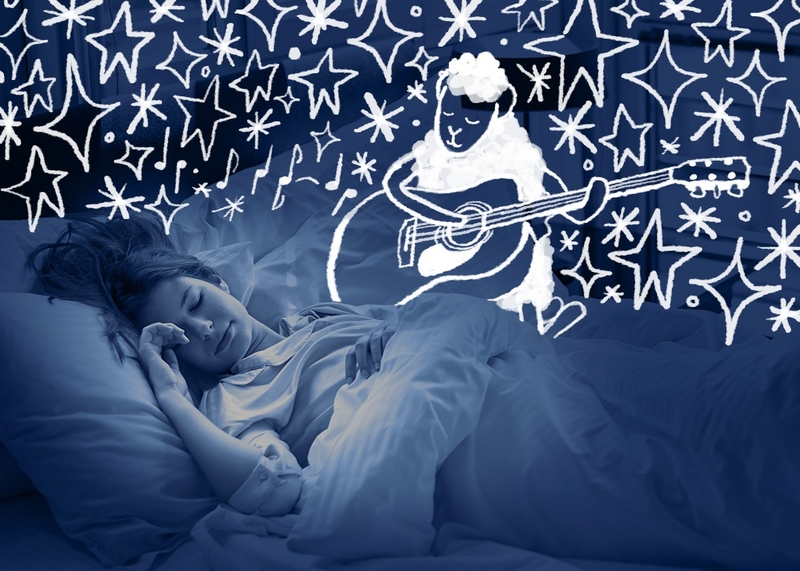 While those into south Indian classical music treat Neelambari as a sleep-inducing raga, quite a few outside the system would perhaps wonder whether drowsiness wasn’t anyway the defining feature of Carnatic in its entirety. For those unable to get a hang of (or are disinterested in) its aesthetics, the compositions of Thyagaraja and Co are invariably soporific. The sedation is still higher a quotient with Hindustani, according to many in the Deccan—and this category sufficiently includes Carnatic lovers themselves. The vintage music upcountry is often so slow that its express idea is to lull the listener, they might say.

The north Indian classical music, too, has a raga by the name Neelambari. It comes across as a particularly beautiful tune, but is remotely linked to its namesake down the peninsula. The Neelambari in Carnatic is a derivative of the popular raga Shankarabharanam, which is codified as 29th in the Melakarta matrix that the idiom got in the 17th century.

The southern melody-type has, experts note and buffs agree, a soothing quality to the rendition. Much of this could be attributed to the raga’s expression coming in a relaxed pace, also owing to the property of its notes that sound especially long-drawn. Here is a basic sketch of it:

Vocalist-scholar Charulatha Mani notes that Neelambari has oscillatory gamakas that “flow seamless from one note to another, blending subtle notes”. In a three-year-old article in a newspaper, she likens this property to “shading on a canvas”. To the writer, “finally it all merges into one phrase that makes so much sense”.

Neelambari is unmistakably ancient—and not a tune that found its place on the music map after the emergence of Carnatic as a system in the present form. The raga existed in Tamil music during those 600 years starting from 3rd century BC called the Sangam era, going by scholars. The Dravidian melody mode called Pann finds traces of such tunes even in pre-Sangam literature, going by references in Tolkappiyam, a work on the grammar on the language in the region. Charulatha, who is also a playback singer and TV presenter on ragas, notes that Neelambari has ‘Megaraga Kurinji’ as its equivalent in the Pann system.

Pining is also a shade of affection, going by the mood Neelambari can create. Here is a veena redition by musician Rama Varma, a member of the erstwhile Tranvancore royal family that has composer Swathi Tirunal Rama Varma up its lineage. The king (1813-46) has penned a well-received Neelambari kriti in his native Malayalam. Here is it rendered on the string instrument by the descendent.

It doesn’t require the Friday before the March equinox to arrive as the World Sleep Day (this year March 16) to sense that Neelambari has a relaxed tone that can prompt some souls to slip into slumber. All said and done, there is dispute on the scientific basis—if any—to the claim that the raga virtually functions as a virtual sleeping pill.

Two decades ago, a medical researcher did a detailed study on the effect of Neelambari on “sleep architecture”, only to find that listening to the raga per se ahead of the typical night-time engagement makes no difference in the following closed-eyes hours. “Neelambari does not induce sleep or alter any sleep parameter,” concludes Dr B. Gitanjali, after her work held in association with the Jawaharlal Institute of Postgraduate Medical Education & Research, Pondicherry. The subjects were made to spend three nights as part of the 1997 experiment: the first to acclimatise, the second with Neelambari played out and the third featuring Kalyani (as just another raga with no such attributions). “There was no difference in the quality of sleep and sense of refreshment felt the next day” either.

With sleep medicine among her main areas of research, Dr Gitanjali, who later (in 2003) won a PhD, had selected eight “healthy male volunteers” having no knowledge of Carnatic music (to prevent bias) as volunteers.  The sleep was monitored using a computerised system throughout the night. The results showed “no statistically significant difference” when it came to the mental effect of the two ragas. “The sleep efficiency was 78.84% for Neelambari and 82.19% for the Kalyani night.”

That being the case, it won’t be out of context to listen to a bit of Hindustani Neelambari. Famed 20th-century musician Omkarnath Thakur relates the mood of the raga with the pangs of lovers’ separation but never quite stretches it to the point of being capable of bringing in sleep.

The top Banares gharana exponent (1897-67) announces that his rendition would be devoid of gamaka loops and even the slippery taans—which is, again, indication of the tender treatment of the raga. It sounds more like a wistful revisit of a romantic relation.

Before winding up, here is a percussion instrument—of all—producing the Carnatic Neelambari. Kerala’s P. Nanda Kumar, who plays the hourglass-shaped edakka drum primarily associated with the state’s Hindu temples, is seen here tapping an alapana of the raga.

Not Only In India, Farmers Are Committing Suicides In US Too, Says Mathieu Roy, Whose Film Sheds Light On Agrarian Crisis