The ultras also looted the weapons of the police personnel, he said, adding that reinforcement was rushed to the spot soon after the incident. 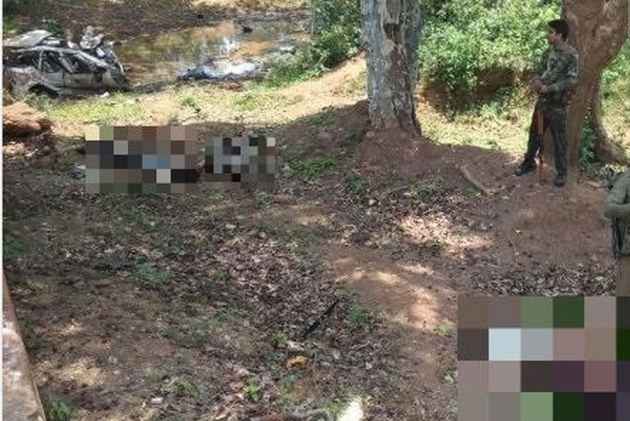 Five Chhattisgarh police personnel were killed and two others injured when Naxals blew up their vehicle with an Improvised Explosive Device (IED) in Chhattisgarh's Dantewada district today, police said.

DIG (Dantewada Range) Ratan Lal Dangi said the Naxals triggered the blast between Cholnar and Kirandul villages when a joint team of the Chhattisagarh Armed Force and the District Force, in an SUV, was escorting a vehicle carrying material for road construction work.

"Three personnel belonging to the CAF and two of the District Force were killed in the IED blast while two others sustained injuries," the official said.

The ultras also looted the weapons of the police personnel, he said, adding that reinforcement was rushed to the spot soon after the incident.

Road construction work is underway between Kirandul and Palnar villages in Dantewada.