Sridevi passed away at the age of 54 on February 25 this year. 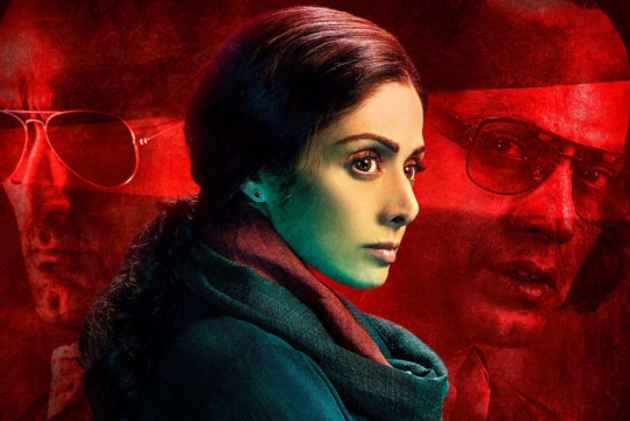 Doffing its hat to mainstream stars Vinod Khanna and Sridevi, the 65th National Film Awards today recognised their contribution to the Indian cinema by honouring them posthumously with the Dadasaheb Phalke and best actress awards.

Sridevi, whose filmography spanned across 50 years and in 300 films in languages such as Tamil, Telugu and Hindi, was recognised for her role of an angry mother seeking justice for her daughter in rape revenge drama, "Mom".

Her death, at the age of 54 in February this year, had shocked the country. Kapur had worked with Sridevi in "Mr India".

"It was not because of the relationship we shared but because she was the most deserving candidate for her portrayal in 'Mom'," Kapur said.

"Thank you. I just wish she was here today to see this," Boney told PTI.

Khanna, one of the biggest stars of Hindi films in '70s and '80s, became the 49th recipient of Dadasaheb Phalke award, Indian cinema's highest honour. Probably, the only second actor to be named for the honour posthumously after Prithviraj Kapoor.

The jury recognised the diversity in Indian cinema by distributing accolades to films belonging to different regional languages.

Jayaraj was named the best director and the best adapted screenplay writer for his Malayalam film "Bhayanakam". It also won the best cinematography award.

Riddhi Sen was recognised as the best actor for Kaushik Ganguly's "Nagarkirtan", which was also bagged awards in multiple categories, such as the best costume, makeup and special jury.

Oscar-winning music composer A R Rahman swept the best music direction category by winning the best songs for the Tamil Film "Kaatru Veliyidai" and the best background music for the Hindi film "Mom".

"Sinjar", made in Jasari language, won the Indira Gandhi award for the best debut film of a director to Pampally. It was also recognised as the best film in Jasari langauge.

Hindi film "Newton", a dark comedy on Indian democracy, was named the best Hindi film and a special mention went to its actor Pankaj Tripathi for his portrayal of a cynical CRPF officer Atma Singh. Kapur called Tripathi's portrayal one of the highlights of the Amit V Masurkar-directed film.

"This is a very important day for me, and an equally important award. I am thankful to the government for recognising my work. When I stepped out of my village, I had the desire of winning a national award someday. I am humbled," Tripathi told PTI.

Nargis Dutt award for the best feature film on national integration went to the Marathi film "Dhappa", while the Malayalam film "Aalorumkkam" was recognised as the best film on social issues.

Hindi film star Divya Dutta was named the best supporting actress for her role in "Irada", which also bagged the award for the best film on environmental conservation/preservation.

"I just heard about it. It is my first national award even though everyone thought I had already won a national award. Today, it has finally come true," Dutta told PTI.

"Mhorkya", a Marathi film, was adjudged the best children's film, while the best Marathi film award went to "Kaccha Limbu".

Veteran singer K J Yesudas was recognised as the best male singer for his song 'Poy Maranja Kalam' in the Malayalam film "Viswasapoorva M Mansoor", while the best female singer went to Shashaa Tirupati for the song "Vaan" for "Kaatru Veliyidai".