Humayun's Tomb is Delhi's Tower of London: unless you are a foreigner or are host to frequent house guests you would rarely go there. 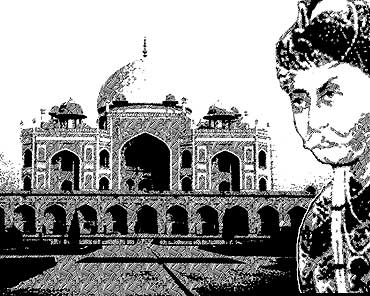 Humayun’s Tomb is Delhi’s Tower of London: unless you are a foreigner or are host to frequent house guests you would rarely go there. In London I was neither and went to the Tower once, when my wife’s chachha and chachhi visited. But here I fit both categories and at least every other month negotiate the traffic on the Sabz Burj roundabout.

The routine is fixed. First comes the happy thought that changes leave traces and create pleasing anomalies: the Sabz Burj is still so called despite the replacement, years ago now, of its faded greenish tiles with brilliant new blue ones. How will future generations account for the name? Probably by inventing a myth: that it was once the site of a vegetable market, perhaps.

Then there is the approach to the monument itself, through a sequence of avenues and formal vistas. It’s all very grand and heightens the suspense. But this too is an anomaly: the western gate that you eventually reach was originally only the side door into the complex. The main gate, as in all Mughal tombs, was the much larger one on the southern side of the garden which has long been closed. So when you pass through the present entrance and confront the majestic dome you are looking at the tomb sideways-on, in profile. It is useless to object that all the sides are the same. The southern side—the front—lacks the great arched recess that is common to the other three; here, below the arch, is a flat wall which encloses the entrance hall.

Crossing this hall and entering the central chamber, visitors tend to remark that by comparison with the colourful stonework outside, the interior is plain. ‘Solemn’, I correct them, and point out that the sarcophagus was doubtless once covered with a rich velvet drape. Conventionally, the western side should be solid, to accommodate the mihrab; but the architect left it open and superimposed the outline of a mihrab over the jaali—an ingenious and unique device.

Outside, the gardens and waterworks have been restored to splendour through generous funding from the Aga Khan. I still regret the loss of the wild uneven ground on the eastern side, though I am conscious that this preference for the picturesque is anachronistic.

The story that the monument was built by Humayun’s grieving widow seems to me a pious fiction, put about by the Mughal chroniclers. Only Akbar himself could have afforded so grand a gesture; and his motive was less to honour his father than to proclaim the dynasty’s durability. His eye was on the future and not the past. So it seems appropriate that many later Mughal princes and princesses lie buried around Humayun, and that three centuries after it was built, Bahadur Shah Zafar sought refuge here at the final moment of the dynasty’s demise.

This article originally appeared in Outlook Delhi City Limits, May 15 2006