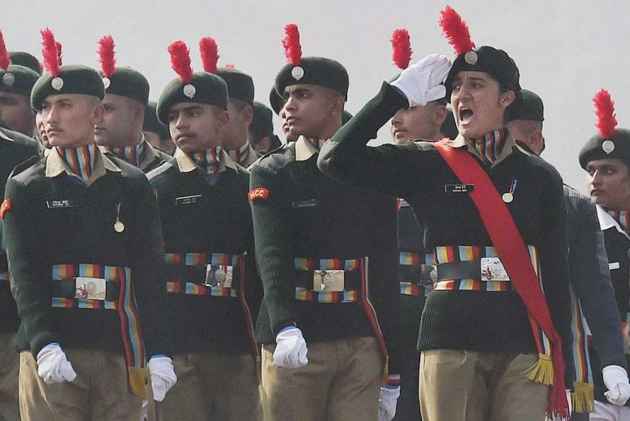 Ten Muslim students of Delhi’s Jamia Millia Islamia University have alleged that they were barred from a National Cadet Corps (NCC) camp in Rohini after they refused to shave their beards.

The students also alleged that their bags were thrown out of the gates on the sixth day of the camp, according to a report by the Indian Express.

“The authorities said either shave your beard or leave”, said a student, as quoted by the newspaper. “Our bags were thrown out of the gate,” he added. According to a report by The Times of India, a student also alleged that they were warned of police action if they did not leave the camp.

One of the students also said that they had been attending the camps with beard and it had never been a problem before.

“This time also on the first day of our camp we had written an application saying our beards have a religious importance and we should be told if there is a problem. But suddenly on the sixth day of the camp, the authorities said either shave your beard or leave,” he said.

A student said while the Indian Army only allowed Sikhs to wear turbans and sport beards, the NCC Act does not mention anything about beard. “We asked the commanding officer to mention the specific charge but he just said indiscipline,” he said. So, except one student, they refused to accept the notice.

Students’ organizations later staged a protest in the Jamia campus.

However, NCC officials maintained that they did not throw the students out. “We did not throw them out, we told them to shave as part of discipline of NCC. They said they have their religious beliefs. I told them it is their wish if they wanted to follow their religion… and if they’re not comfortable, they’re at liberty to move out… I have been in the Army for 26 years and that’s the discipline I understand that everyone has to shave, barring Sikh gentlemen,” said an official, as quoted by the Indian Express.

In December last year, the Supreme Court had ruled that Muslim personnel cannot keep beard in the Indian Air Force citing religious grounds. The apex court had then dismissed a petition by an airman who was dismissed from service for growing a beard without his commanding officer’s permission and refusing to shave it off despite being warned of disciplinary proceedings.

The petitioner, Ansari Aaftab Ahmed, had said that keeping a beard was a facet of his fundamental right to freedom of religion, and sought equality with Sikhs.

Keeping a beard is mandatory in Sikhism. The IAF had maintained that the practice of keeping beard is only optional according to the tenets of Islam and that the religion does not prohibit shaving.