The proposal will come up for discussion at a meeting of the Muslim Law Board in Delhi on July 15. 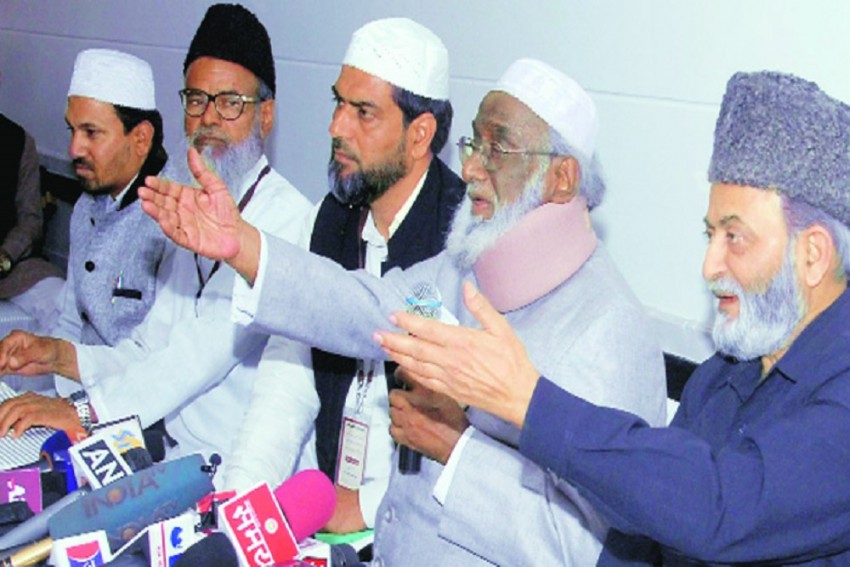 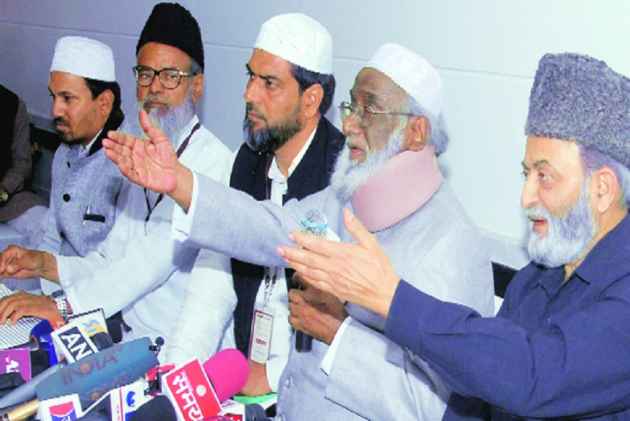 The All India Muslim Personal Law Board (AIMPLB), the highest decision-making body on Muslim affairs, plans to open Darul-Qaza (Sharia courts) in all districts of the country to resolve issues in line with Islamic laws.

The proposal will come up for discussion at a meeting of the Muslim Law Board in Delhi on July 15.

"At present, there are 40 such courts in Uttar Pradesh. We plan to open one such court in every district of the country. The objective of Darul-Qaza is to resolve matters in light of Shariat laws instead of going to other courts," senior member AIMPLB, Zafaryab Zilani told PTI.

Noting that around Rs 50,000 is spent on running a Darul-Qaza (Sharia court), he said, "They will be discussing ways to generate resources for this during a meeting of AIMPLB in Delhi on July 15".

With an aim to make lawyers, judges and the common man aware about Sharia law, the All India Muslim Personal Law Board will also be activating its Tafheem-e-Shariyat (TeS) committee.

"We will be activating Tafheem-e-Shariyat committee to make lawyers, judges and common men aware about Shariat laws. We will be discussing this at the All India Muslim Personal Law Board meet," Zilani said.

He said the Tafheem-e-Shariyat committee has been around for 15 years and is entrusted with the task of making lawyers and judges, if possible, aware of arguments related to Sharia law.

"The committee was used to organise conferences and workshops all over the country, with Islamic experts trying to delve in details about Shariat laws and address queries of participants. It is now felt that the committee should be activated and more such programs should be held," he said.

The issues taken up by the committee in various programs, included "Triple Talaq and Virasat" (divorce and inheritance) besides others.

Asked about the other matters that will figure in the meeting, he said the progress of the Babri Masjid (mosque) case will be discussed, and future course of action will be decided. "The Muslim faction does not want any delay in the Supreme Court's decision on the matter as reported in the media," he said.

The All India Muslim Personal Law Board meeting comes against the backdrop of statements by some leaders favouring construction of the Ram Temple in Ayodhya.

"Statements are being made on the Ayodhya issue. Some are saying that the decision will come in a particular month and it will be in favour of a particular side. Such statements are an attempt to belittle the highest court of the country. This should be taken into consideration. It will be discussed in the meeting," a Muslim Law Board member said, according to PTI.

He confirmed that the Muslim law board has already said it would accept any decision made by the Supreme Court on the issue.

There have been sharp reactions to the Board's proposal across political parties.

Reacting to the Board's proposal, BJP leader Subramanian Swamy termed the proposal as a "de-facto way of dividing the country & creating secession", according to ANI.

It's a de-facto way of dividing the country & creating secession. There's only one court & one law. Constitution is guiding force & anything outside it will not be acceptable: S Swamy on All India Muslim Personal Law Board's plans on Shariat courts in all districts of the nation pic.twitter.com/9o7YHJVhJX

Any attempt made, should be acted upon strongly by the govt and these people should be arrested under the national security act: Subramanian Swamy on All India Muslim Personal Law Board's plans on Shariat courts in all districts of the nation pic.twitter.com/rl5tXe2q8Z

Meanwhile, Karanataka  Minority Welfare Minister and JD(S) leader Z A Khan has called the Board's move a "good proposal", adding that it will "solve our problems", reported ANI.

It's a good proposal,will help solve our problems.There is only one law in India but this is only meant to bring awareness among the Muslims:Karnataka minority welfare minister ZA Khan on All India Muslim Personal Law Board's plans on Shariat courts in all districts of the nation pic.twitter.com/VwcWvj6Pth

Congress leader Rajeev Shukla, commenting on the Board's proposal said, the special provision of a particular religion is always taken care by the Supreme Court and High Court and hence any other court is not needed.

"I do not subscribe to the idea. It is completely against the India Constitution. We have a well-established constitution, whenever there is a specific provision of a particular religion that is also being taken care by the Supreme Court and the High Court. I do not think there is a need to establish a Shariat court in all the districts," Rajeev Shukla said.

The Supreme Court had in 2014 declared that  Shariat courts and fatwas issued by them have no legal sanctity.