A day-long Delhi seminar on the birth centenary year of M.S. Subbulakshmi unveiled the various facets of the classical vocalist that fetched her global fame 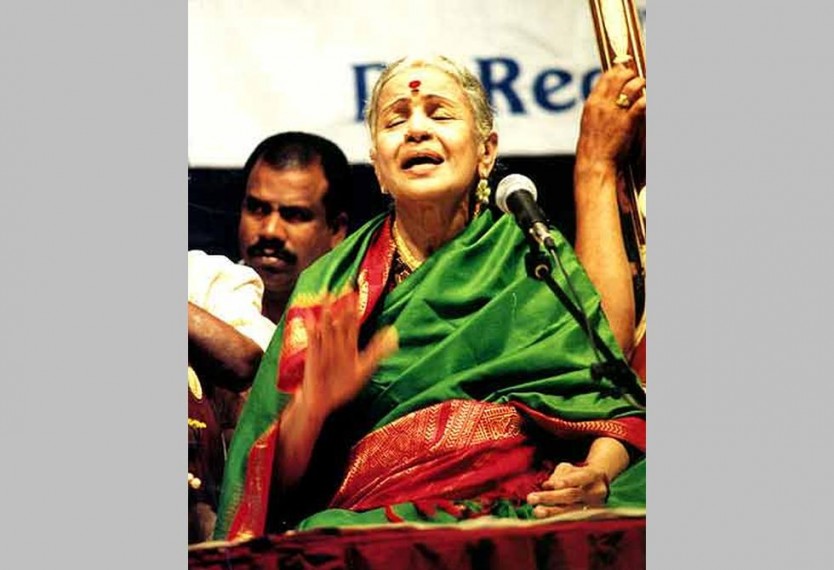 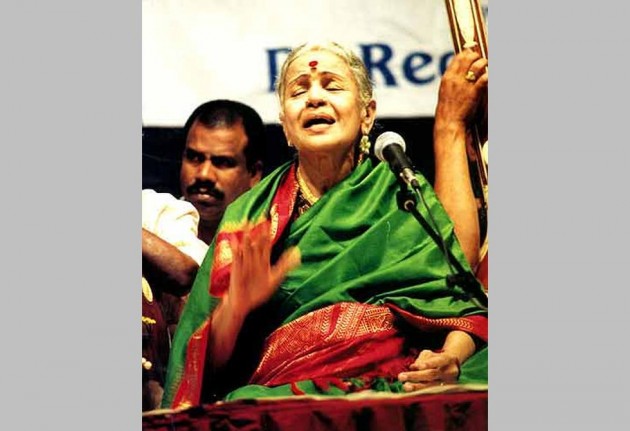 In his younger days, T.K. Murthy used to let out his sense of humour with no inhibitions—even if the listener was somebody as iconic as M.S. Subbulakshmi. The mridangam drummer was in a village in Andhra Pradesh near Vijayawada where he happened to listen to a Harikatha recital by a local veteran. The traditional storyteller, Murthy noticed, along with ghatam player Vikku Vinayakram, rendered every slice of music in the popular raga Mohanam.

Back with the celebrated classical vocalist that evening, Murthy reproduced some of those items before ‘MS Amma’ ahead of their evening concert. So amused was the Carnatic exponent that she broke into peals of laughter, which later had their resonance on the platform. After the show, MS quipped, “Please don’t crack such jokes before we go for a kacheri. It affects my singing!”

Murthy, now 92, was in Delhi earlier this month—in MS' centenary year. He was addressing an event the Indira Gandhi National Centre for the Arts (IGNCA) hosted in memory of the Bharat Ratna awardee whose music continues to captivate millions of people across the globe.

The day-long seminar on December 11 at the autonomous institution under the Union Ministry of Culture saw an array of south Indian artistes, a Hindustani vocalist, classical dancer, scholars, art organisers, cultural heads and event managers besides a political leader airing their views and slices of experience with or about Subbulakshmi (1916-2004).

Thanjavur-born Murthy, who debuted at age 11 by accompanying titan musician Musiri Subramania Iyer who was 25 years elder to him, had begun playing the mridangam for Subbulakshmi when he was a teenager. One day, MS’s husband and freedom fighter-journalist ‘Kalki’ Sadasivam called Murthy to hand over an envelope carrying his remuneration pending for four concerts. “Count the notes,” Sadasivam said, following which Murthy said, “Well, it’s Rs 2,000 instead of the Rs 1,600 it should have been in total.” To this, Subbulakshmi replied, “From now on, that’s your rate. Rs 500.” 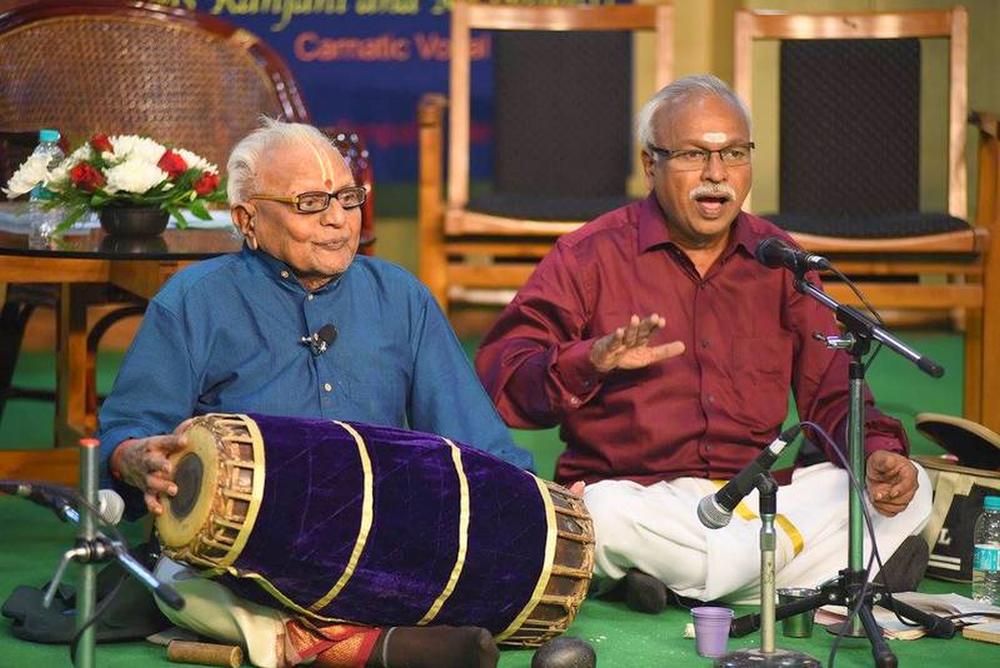 Septuagenarian Vinayakram, at the afternoon session, recounted how he had to wait for longer than he expected to first play the ghatam at an MS concert. In 1962, he almost made it to the stage along with Subbulakshmi, but was told that the kacheri at composer Tyagaraja’s native Tiruvayyar on the banks of the Cauvery was to being recorded by Akashvani, which had already fixed all percussionists.

Then, in December 1964, Vinayakram got to accompany MS after Semmangudi Srinivasa Iyer, also Subbulakshmi’s guru, arranged for it. “Wah, I’d get Rs 100 (a princely sum those days),” exclaimed the 22-year-old, inviting a reprimand from his musician-father T.R. Harihara Sharma. “The remuneration should not be your inspiration,” he said, as a word of caution.

Two years later, Vinayakram was among the team that accompanied Subbulakshmi to the US for her famous concert at the United Nations summit. “If ghatam has got a deserving slot at the national and international level now, it’s ever since that programme,” recalled the 72-year-old percussionist, who has staged several fusion experiments with tabla great Zakir Hussain and Western guitarist John McLaughlin.

Subbulakshmi’s 1966 UN concert at the Carnegie Hall in New York had all the elements of good management, pointed out educationist-author M.B. Athreya. “MS strung up her compositions in such a way that pleased a global crowd no end,” said the speaker, who was witness to that show.

Bharatanatyam exponent Sujatha Vijayaraghavan also touched upon this point, saying classical artistes, too, should have a coach as is the case with sportspersons. “For MS, her husband Sadasivam was the mentor.”

The celebrated vocalist was always keen to rehearse ahead of concerts, reminisced mridangam maestro K.V. Prasad, who accompanied MS on stage for 15 years. “This, when many thought Indian classical music is extempore, and there was no point sitting together before a show,” added the middle-aged Kochi-born artiste, who lives in Chennai, where he was groomed by Moorthy. 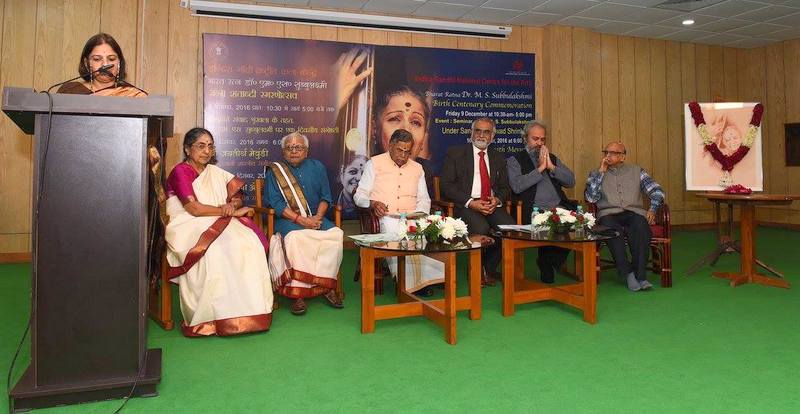 North Indian classical vocalist Savita Devi recalled how her legendary mother Siddheshwari Devi was brought from Varanasi to Tamil Nadu's capital in her prime to teach Subbulakshmi certain Hindustani pieces. “Also, MS’s daughter Radha (Viswanathan) helped me learn some Carnatic kritis, writing their literature down in Hindi for me.”

Vocalist K. Vageesh recalled instances where sitar maestro Ravi Shankar likened Subbulakshmi’s voice to the temple bell and another which saw world-renowned conductor Zubin Mehta making a laudatory statement: “None can impress the audience on a stage that MS just vacated.” Hindustani titan Bade Ghulam Ali Khan named her the “goddess of perfect note—Suswaralakshmi,” added Karnataka-born Vageesh, who retired from AIR, which has 125 records of MS.

Critic Ashish Khokar screened a 12-minute MS film that focused on the legend’s trysts with cinema. Rajya Sabha member La Ganesan recalled that Subbulakshmi sang in almost all major Indian languages, while IGNCA member-secretary Sachidanand Joshi recounted how MS’s involvement in charity, too, made her a figure worth worshipping.

Nawazuddin Siddiqui Back With A Bang, with 'HaramKhor'