Earlier, in an address to officials of the railways, minister Prabhu had hinted at sabotage in recent train accidents and said the NIA was investigating these cases. Taking the argument further, PM Modi dropped hints of Pakistan’s involvement in the crash 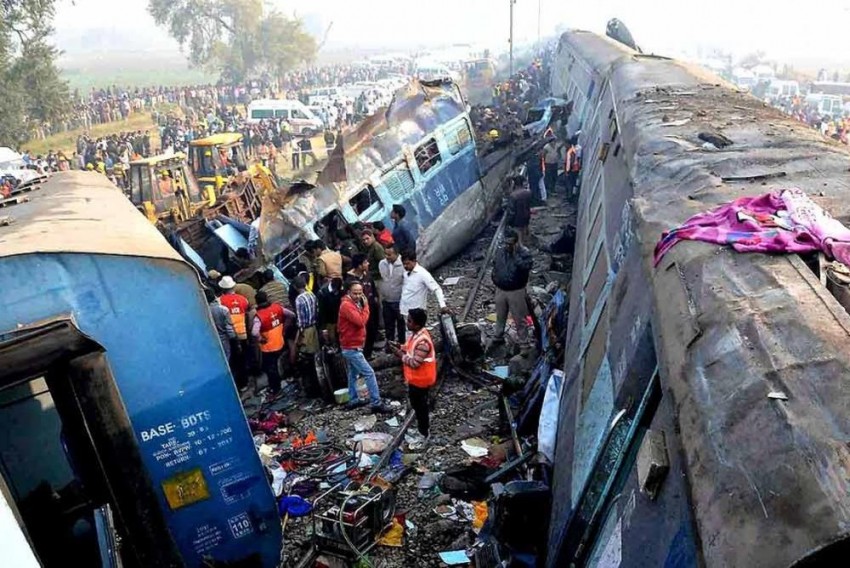 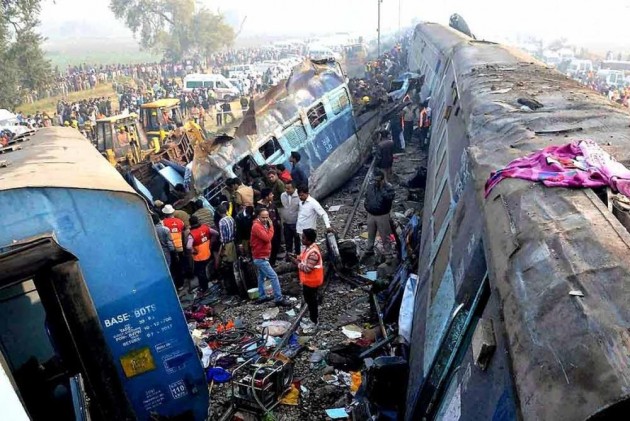 A few days after Prime Minister Narendra Modi claimed that the Kanpur railway accident which killed 149 people was a ‘conspiracy’ from across the border, a report says that the chief of Uttar Pradesh railway police has denied the involvement of an invisible hand.

A report in The Hindu says Gopal Gupta, DG, Railways, Uttar Pradesh Police, ruled out sabotage at a video-conference organized by Railway Minister Suresh Prabhu. The conference was called for railway police chiefs from all the states over safety measures in light of recent train accidents.

Gupta, the UP Railway police chief said that he ruled out any sabotage as claimed by the Prime Minister and put the incident down to a “fatigue of railway tracks”. The newspaper says a source told them that Prabhu was not present at the meeting and that the other railway officials did not contradict Gupta.

Gupta refused to divulge details to the newspaper and said that they had only conducted “prelimnary investigations” and that the NIA is probing the matter currently.

Earlier, in an address to officials of the railways, minister Prabhu had hinted at sabotage in recent train accidents and said the NIA was investigating these cases. Taking the argument further, PM Modi dropped hints of Pakistan’s involvement in the crash at an election rally in Uttar Pradesh on Friday.

“The Kanpur rail accident in which hundreds of people were killed was a conspiracy and conspirators carried it out sitting across the border... Gonda is adjoining Nepal,” the PM said.

On February 7, Shamshul Hoda, an alleged ISI agent was arrested in Kathmandu, Nepal, after being deported from Dubai. Reports hinted at his involvement with the Kanpur rail accident which happened in November.

On January 17, the Bihar Police arrested Moti Paswan, Uma Shankar Patel and Mukesh Yadav from Adapur police station area and they allegedly confessed to having worked for a Nepalese contact suspected to be connected to ISI to target the railways. A DSP from Bihar, Jitendra Rana, told this to reporters present there and links to Hoda were established. He was arrested close to three weeks later.