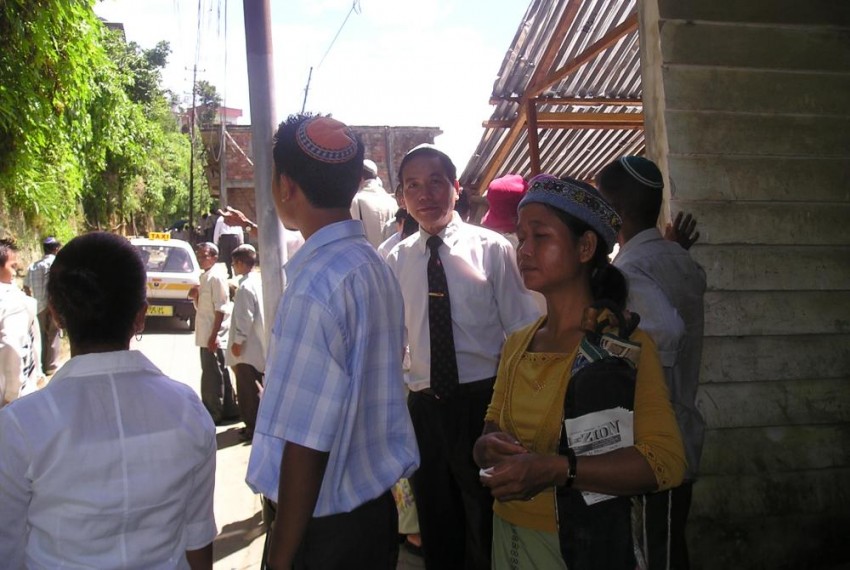 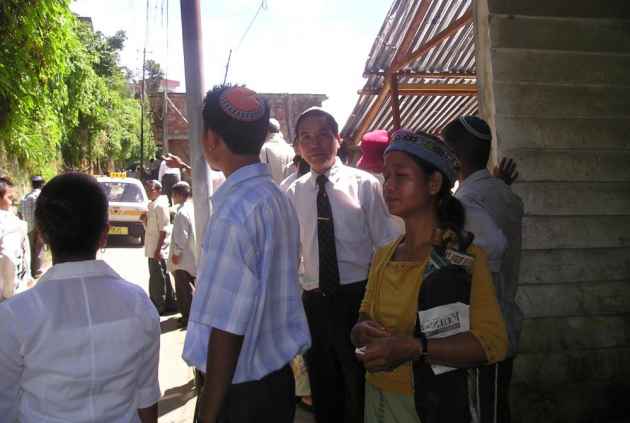 Long before Prime Minister Narendra Modi was hugged at Ben Gurion Airport Indians have been getting hugged by the hundreds here by their Israeli families since the early 2000s in what can only be called an amazing fairy tale turned reality. A story still unfolding.

The theory that they belong to the mythical ‘Lost Tribe’ of Israel, Menashe, developed by some Mizos got official legitimacy in April 2005 when the Sephardi Chief Rabbinate of Israel, Shlomo Amar, officially recognized them as the descendents of the ancient Israelites or Bnei Menashe (BM).

This brought the eastern Himalayan mountain community, a mongoloid tribes-people, under the Law of Aliya, the right of any Jew to return home to Israel as a citizen, with some conditions, of course. It was the late Rabbi Avichail Eliyahu, famed founder of the Amishav, who had christened them Bnei Menashe. Amishav is an organization dedicated to finding and bringing to Israel Lost Tribe members in fulfillment of the Talmudic prophecies.

No doubt the Chief Rabbinate’s decision in 2005 was motivated by purely religious sentiment. Though lately this decision has come under serious dispute, so far more than 3000 persons from the states of Mizoram and Manipur have migrated to Israel under this Law. Michael Freund, a journalist and also the Chairman of the Shavei Israel, another organization which took over from Amishav, declared Operation Menashe 2017 in the beginning of this year hoping to ‘take home’ most of the Bnei Menashe soon. Significantly, Freund was an aide in the office of Prime Minister Benjamin Netanyahu in his 1996 term.

One would need to be blind not to read the political implications of such an ‘organic’ link and the potential it has to play some kind of role in the geo-political realities of South-Southeast Asian region, where the most powerful countries of the world have an undying interest. Mizoram in particular, and the north eastern region of India in general are willy-nilly already part of the hidden or un-noticed global political currents.

For as one can see the ‘recognition’ under Aliya Law has, in one stroke made a belief of a vague link between Israel and the Mizos, into a ‘historical reality’ and a political ‘fact’. Believer or not in Israelite ancestry, no person from the Kuki-Chin-Mizo tribes (called Mizos for convenience in this article) scattered across three countries of Burma, India and Bangladesh is left untouched by this development as it serves to sweep them all into the arc of the Jewish Diaspora. If they wish, they can learn Hebrew, the torah, convert and go home. That’s how personal it has become.

Mizos are now officially direct participants in modern Israel’s national dreams and nightmares. Anyone who has doubts about this only has to think back to the angst in Mizoram during any flare-ups in the Jewish settlements in Israel’s borders. Till last count, Mizos formed the ‘largest ethnic group’ of settlers in these ‘occupied’ territories which is the bone of contention that fuels the middle-eastern conflict thereby making them a people of high controversy.

Several of them, including at least a few women, have joined the Israel defense forces. Some have made it to ‘elite’ Israeli armed corps and as nurses and caregivers. Many reportedly work as laborers in the greenhouses and farmlands which feeds 70 percent of the need for fresh vegetables and fruits in Jerusalem markets. But it’s not the 7000 odd Mizos who have given themselves to Jewishness that are set to write a totally new chapter. Far more critical is the speculation about the role that the millions of Mizos at home will play as the far-away-wars spin into the home turf. The script already looks set.

Mizoram, located between Burma and Bangladesh is about 21,087 sq miles of land--- about the size of Israel. In every nook of the state, finds localities called Bethel, Israel, Zion and the like. It exhibits a “claustrophobic” affinity with Israel, which is surrounded by a sea of Muslim Nations hostile to its existence and targeted by dozens of Jihadi organizations sworn to wiping it off the face of the Earth.

Mizo leaders are given to seeing their situation in India as that of a “tiny, struggling, lone Christian refuge surrounded by a sea of Muslim (Bangladesh), Buddhists (Burma), and Hindus (India). By emotion and inclination the State is already a ‘would be’ Israel.

As hundreds of news mediums reported in 2005 more than 200 BMs were converted to Jews by a full fledged Israeli Rabbinical court which sat in Aizawl, the capital of Mizoram making them practically citizens of Israel under the Law of Return. The mikvah built to the precision of Jewish laws by an Iranian-Israeli rabbi, Doron Malca, was a virtual gateway to Israel for the converts. The Rabbinical court would have been stationed here had it not been for a complaint made against conversion into Jews by some Christian organizations which resulted in the Government of India asking them to stop. To overcome the problem, the migrants are now taken to Israel, put in absorption centers from where they are converted and given the full fledged rights of an Israeli citizen.

In the current global scenario, Israel is at the front with the United States, as users and targets in the so-called ‘Global War on Terror’ against what can be freely referred to as a International Islamic Front (no offence meant against the religion). India, especially with the ruling dispensation now, is a natural ally of both.

Locked by history in an inseparable alliance against this hydra headed ‘enemy’, strategy dictates that they find a friendly base inside the volatile South-South East Asian region to keep abreast of their enemies and influence the region, which already has two known nuclear states, with the possibility that more, including the many unnamed networks possess this. There is little doubt that these densely populated, remote and little understood regions are spawning grounds for fundamentalist orientations through foreign funded madrassas and learning centers to feed the vaporous armies of ‘freedom’ fighters around the globe, including in India. At least two Hebrew and Torah learning centers are functioning in the states of Mizoram and Manipur.

In the backdrop of such geo-political realities it would be naïve not to speculate about Mizoram - unquestioning, faithfully a lover of Israel and all things Israeli, politically Christian Right- most strategically located within this political vortex as one of the possible future forward bases, if not militarily, at least as a safe listening post. India and the US are already well into joint military and intelligence sharing as their interests converge. What better prop than the Mizo ‘homeland’ which is already sold on the idea of turning themselves into a clone of ‘Israel’ if not by faith then by ‘ancestry’.

Speculation is also rife over the motive of the Israelis interested in these affairs in these remote areas. They happen to be mainly from the class of orthodox Jewry. Freund, believes that groups like the Bnei Menashe are part of the solution to Israel's demographic problems. The Lost Tribe theory, is also a powerful tool to draw new social boundaries, a la the “all are Hindu” concept of the RSS-BJP conglomerate, which they use to give religio-cultural legitimacy to the much disputed (in parts of the north east region) political boundaries of modern India.

It is important to note that despite the spin about the Mizos being pronounced the Lost Tribe as per the ‘investigations and findings of a team sent by the Chief Rabbinate, the orthodox Rabbis found nothing out of place in accepting couple of Nepali origin persons among the BMs who undertook the mikvah in 2005  September in Aizawl. This only goes to show that they are not as bothered about the Lost Tribe link as much they are about the converts becoming good practicing Jews.

If ‘anthropological evidence’ is used as the criteria as they claim it was, the region here offers many more candidates for the Lost Tribe. Many other tribes in the region with a similar history of conversion to Christianity have their own Lost Tribe theories. Take for example, the thesis held by Rev V K Nuh, a highly respected Baptist Church leader, who in one of his writings strongly suggests that the Nagas are descendants of the ‘Danites’ one of the ten Lost Tribes and refers to the “Leviticus Law related with Naga religion.” So also argue some Khasi scholars.

With the stage set now, a serious comparative study of ‘customs and rituals’ would produce rich dividends across the region with even more compelling ‘anthropological evidence’ to give more body to the dim contours of an ‘Israel’ clone that is shaping out in this corner of South Asia.

The writer is an independent journalist.