A rigorous teetotaler, he never allowed pressure to get the better of him 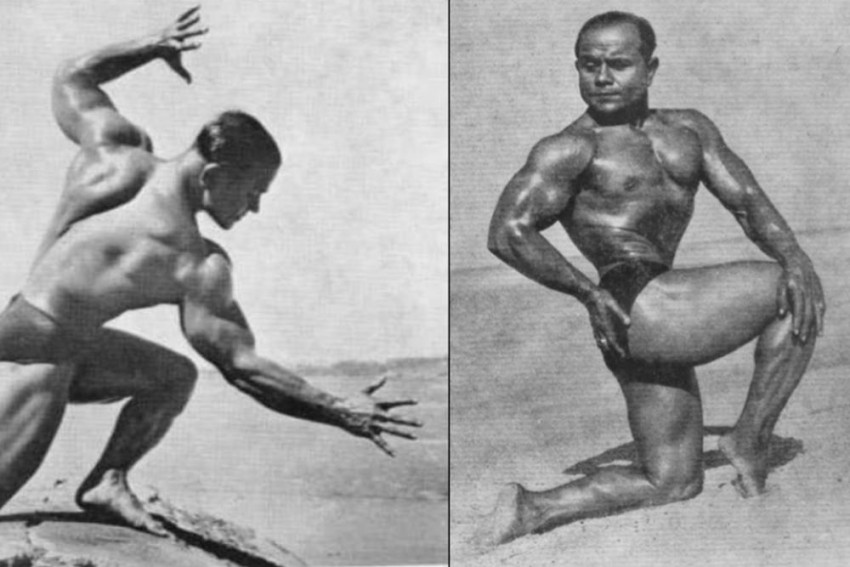 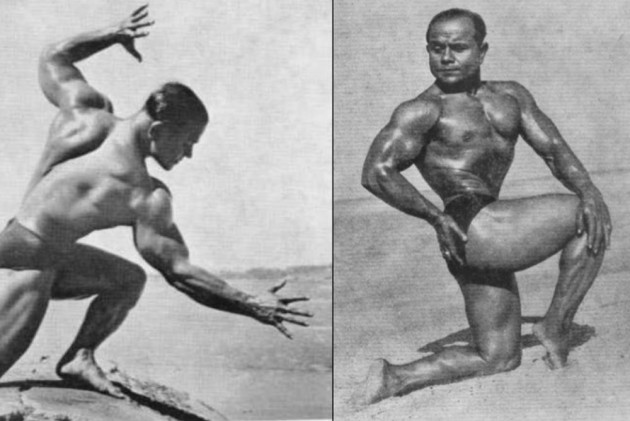 Being only 4 feet and 11 inches, Manohar Aich was often the butt of almost everyone’s jokes when he was nobody. But he silenced his deriders by earning a name as a bodybuilder and scaling heights of success amid a host of disadvantages that might have left a less sanguine man with perpetual grudges and insecurities.

Aich, who was the father of Indian bodybuilding and was hailed as Pocket Hercules, lived a long life and was 104 when he died in Calcutta on June 5, barely 48 hours after Muhammad Ali passed into the ages.

Manohar Aich was born into a poor family on March 17, 1912, in the village of Putia in Comilla district, which was then in Bengal but is now in Bangladesh. His father, Mahesh Chandra, and mother, Chapala Sundari Devi, were simple and said to be almost illiterate. He was about 12 when he had a near-fatal attack of leishmaniasis, which resulted in a severe ill-health and fragile body.

From a very young age Aich was interested in wrestling and weightlifting, as well as soccer, of course. He was determined to become a bodybuilder after he saw a bunch of wrestlers flexing their muscles. He began running and doing physical exercises with a missionary zeal.

It was precisely around this time that Aich’s father became unable to work because of sickness. The teenaged Aich had to support his family by performing feats of strength in fairs and other public events in his native and other parts of the Comilla district.

The plump but puny schoolboy met P.C. Sorcar at Jubilee School in Dhaka. The master magician instantly recognised Aich’s genius and persuaded him to join him. What followed was a series of brilliant talent shows that became a runaway success.

Sorcar’s sleight of hand and Aich’s incredible feats like bending steel rods with teeth, bending spears with his neck, balancing himself by resting his abdomen on the tip of a sword, tearing 1500-page books in half, doing squats with 350-kg weight and dragging 450-pound loads down the street had the spectators gasping. Once he slipped while attempting the spear performance, resulting in a permanent scar on his neck.

It was as an airman that Aich joined the Royal Air Force, in the early 1940s, under British colonial rulers. He made the most of his time with the RAF as far as bodybuilding was concerned. Reub Martin, a kind and encouraging British officer, introduced Aich to weight training.

Strenuous exercise and vigorous training gave Aich a chiselled physique that brought him both admiration and envy of his peers and superiors alike in the RAF. In his prime his chest was said to measure 54 inches with a waistline of 23, giving him the best V-cut. It was a remarkable transformation of the puny lad into a pehalwan.

The 1942 Quit India movement had been gaining momentum when Aich was with the RAF. When a British officer in the RAF made an offensive comment against India, Aich could not control his anger and slapped him without thinking of the consequences.

The Nemesis fell. Aich was court-martialed for insubordination and put behind bars. He continued weight training even more seriously in jail and began preparing for bodybuilding championships.

With no equipment whatsoever, Aich would practise on his own, sometimes for “12 hours in a day”, pumping iron in his body with sheer determination. Touched, and impressed, by Aich’s perseverance and exemplary conduct, the jail authorities arranged for a special diet enriched with stimulants for him to build his stamina.

Along with many other prisoners like him across the country, Aich was also released from jail on India’s independence in 1947. Dogged by grim poverty, Aich and his wife, Jyotika, found it hard to make ends meet and put their four children — two sons, two daughters — to school.

Instead of relentless pursuit of bodybuilding, Aich had to take up odd jobs to earn a little, though he did not quite give up his “passion”. Having settled down in Calcutta, he started selling coconuts at Sealdah Railway Station and doing private bodybuilding shows side by side.

In 1950, he not only won a Mr. Hercules competition but also the moniker Pocket Hercules. It spurred him to set his sights on the more prestigious Mr. Universe contest in London. He was runner-up in the 1951 edition, Monotosh Roy becoming the first Asian to be crowned Mr. Universe.

Instead of returning to India, Aich decided to stay back in London to prepare for another shot at the title. During his stay in London, he worked for British Railways, trained harder and occasionally participated in bodybuilding shows.

His hard work, confidence and determination paid handsome dividends when he was crowned Mr. Universe on March 17, 1952, which was coincidentally his birthday. He returned to India to a hero’s welcome with both the President and the Prime Minister congratulating him. Along with the title and encomia came a string of awards, including top positions in Asian bodybuilding championships.

Always fit and full of energy and enthusiasm, Aich continued parading his talent in different bodybuilding events, once winning the Spring Pulling World Championship by tearing a spring of 275 pounds tension, till he was 90.

In the 1960s, Aich performed in a travelling circus, moving from place to place across the country with his family, entertaining the spectators with his amazing muscle dancing, rippling his rubber-like body to the tune of music.

The secret of Aich’s longevity and stamina was attributed to his being a rigorous teetotaler. He never drank, never smoked, had a simple diet habit (fish, fruit, lentils, milk, rice, vegetables), lived a regular life, never allowed pressure or tension of any situation to get the better of him, and remained a happy, cheerful soul till his last breath.

Being from the old school, Aich was dismissive of the modern high-tech exercise and training machines. At the gym on the ground floor of his three-storey building, where he trained eminent bodybuilders like Satya Paul (eight-time national champion) and Premchand Dogra (Mr. Universe, 1988), among others, he always preferred the ancient Indian-style dand and bethak, or push-ups and squats.

A follower of the Baishnav sect, Aich was a contented man. He and his wife, who passed away in 2002, were good kirtan singers. Despite his early financial struggle, he had no complaints, no grievances.

Never having met his more famous counterpart, one Arnold Schwarzenegger, a former Mr. Universe, was among his few regrets. Aich was a big fan of the “Austrian Oak”, had seen most of Arnie’s movies and he liked the “incredible stunts” the bodybuilder-turned-actor did in them.