The Congress party's bid to turn up the heat on the Narendra Modi government appears to have suffered a setback... 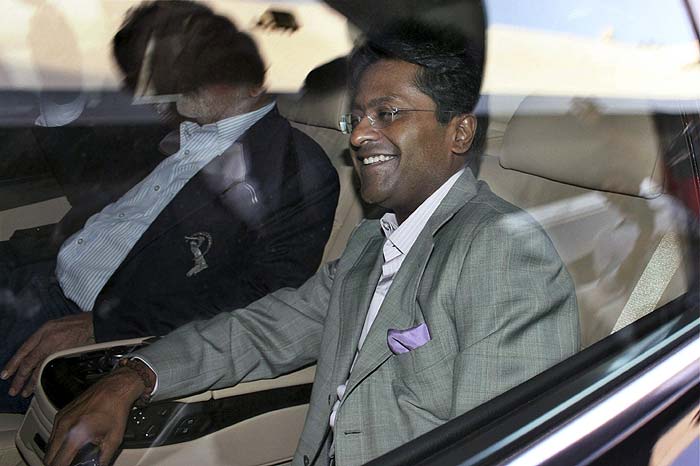 The Congress party's bid to turn up the heat on the Narendra Modi government in the Sushma Swaraj-Lalit Modi affair appears to have suffered a setback with top external affairs ministry sources telling Outlook that it was the Congress-led UPA government which decided to not seek the extradition of the former IPL commissioner, holed up in Britain since 2010.

Youth Congress burnt effigies of the embattled External Affairs Minister on Monday and Tuesday, promising to take the matter all the way to the monsoon session of Parliament and beyond. But foreign office sources said that the UPA government decided "at no less than the level of the Union cabinet" to not seek the extradition of Lalit Modi, a natural corollary to revoking his passport.

"This was a decision that was simply conveyed to us. But it was taken at the level of the Cabinet by the previous government in 2010," MEA officials said. The revelation is likely to weaken the Congress charge it's been building against the Modi sarkar, demanding Sushma Swaraj's resignation, a momentum it was hoping would last the next session of Parliament.

The ED comes under the Finance ministry, currently headed by Arun Jaitley with P. Chidambaram as his predecessor.

Lalit Modi's passport was revoked as he did not heed at least three ED summons and stayed away even after a 'Blue Corner' notice was issued by Interpol. Strangely, ED decided to seek a 'Blue Corner' notice which basically requires information on the whereabouts of an offender, although Lalit Modi's Sloane street address in London is common knowledge.

One reason given by the Foreign Office for not seeking extradition of Lalit Modi is, "Extradition is a tortuous process and it involved the judicial process of that country…look at what happened in the case of Abu Salem. So perhaps the (UPA) government thought that the process would drag on for years and the fact that he did not have a passport would have compelled him to return.''

A much likelier possibility is that Lalit Modi's offences, such as they were, could leave every political party scarred. Arun Jaitley was himself a prominent Delhi cricket official till he took on a ministerial role in the Narendra Modi government. The Congress's Rajiv Shukla and the NCP's Sharad Pawar too were key players in the Board of Control for Cricket in India along with BJP president Amit Shah.

What the Foreign Office is silent about is whether the evidence against Modi and the IPL fiasco was strong enough.

Top ED officials admit, "We just needed to question him about FEMA violations when he moved IPL to South Africa."
Implicit in that tone is the suggestion that the matter was not as serious as it appeared.

The second edition of the IPL in 2009 was held in South Africa after the Union home ministry threw its hands up over security, since it coincided with the general elections.

The passport revocation notwithstanding, Modi had managed to stay put in the UK thanks to his wealth.

As per British rules, Modi's Tier 1 (Investor) visa entitles him to stay in the UK for an initial period of three years with a possible two further years if he continues to meet the requirements of a minimum investment of 1 million pounds. Based on his qualification of two years continuous residence in the UK and an investment of 10 million pounds, would have qualified Modi to make an application under what's called the accelerated route to settlement for "ndefinite leave to remain" in the UK. In fact, Modi did try to take advantage of this scheme but it was rejected by the UK Home Office. Modi had appealed against this and at the same time applied for the Black Certificate of Travel with a little bit of a nudge from the Indian Foreign Minister.

'Modi's Concern For The Minorities Is Treated Only As Empty Verbosity'