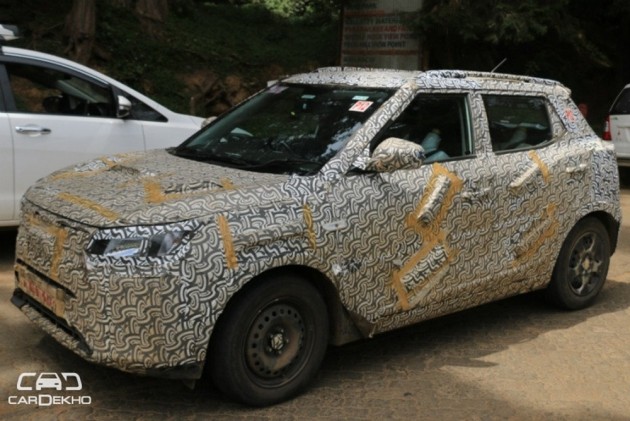 After the launch of the Alturas G4, Mahindra seems to be gearing up to bring in another SUV soon. Its much-awaited Vitara Brezza rival, codenamed the S201, has been spied again. The latest set of pictures reveal the interior of what appears to be the production-spec S201 for the first time. 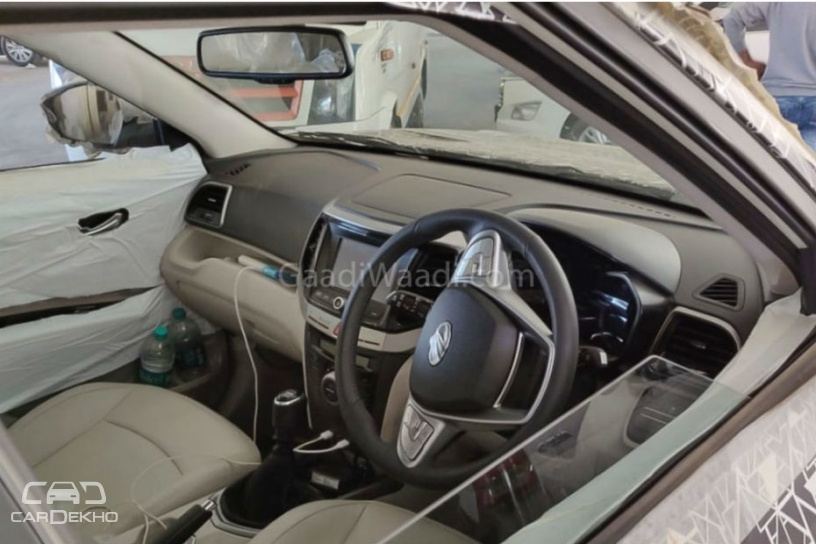 The S201 is expected to share its platform with the Tivoli and it could well be the case. The spy pics reveal that the India-spec model and the Ssangyong TIvoli have an identical interior layout. Both get a dual-tone dashboard with grey on top and beige for the lower half. Sitting pretty at the center is an infotainment touchscreen which should also get Apple CarPlay and Android Auto. It’s flanked by a glovebox, an open storage space and the silver garnished steering wheel with integrated controls for audio and cruise control. While the instrument cluster isn’t clearly visible, it could be the same as the digital-analogue unit on Tivoli.

Other visible bits include leather seat covers, auto-dimming IRVM and climate control. Mahindra is likely to offer a dual-zone climate control system from the Tivoli on the production-spec S201, which will make it the first-in-segment to get one. The Tivoli also gets multiple interior colour themes like all black and red with black, but Mahindra is expected to give this a miss for India. 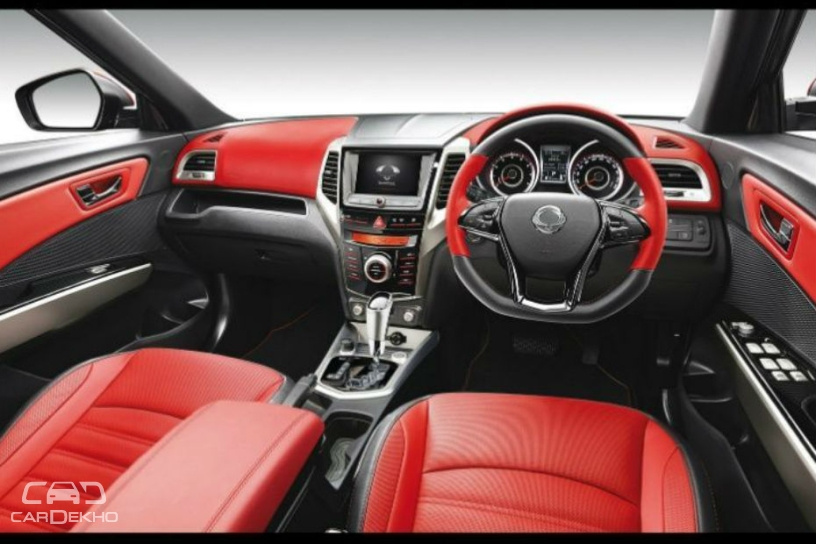 In terms of safety, the Mahindra S201 is expected to get the basics covered with dual airbags, ABS with EBD, ESP and rear parking sensors. But to take safety a notch above, there could be an optional seven airbag package as well.

At launch, the Mahindra S201 is likely to be available with the 1.5-litre diesel engine from Marazzo in a lower state of tune paired to a 6-speed manual. A newly developed petrol engine which could be a 1.2-litre turbocharged unit is expected to be introduced later. This same motor is likely to be shared with Ford as well.

Expect the prices to be in the range of Rs  8 lakh to Rs 12 lakh (ex-showroom Delhi). Once launched, the Mahindra S201 will rival the Maruti Vitara Brezza, Ford EcoSport, Tata Nexon and the upcoming Hyundai QXi. Mahindra has confirmed a launch in April, 2019.