Madras HC Verdict On AIADMK MLAs Is A Setback For Dhinakaran

The Madras High Court on Thursday upheld the disqualification of the 18 AIADMK MLAs that happened more than a year ago. 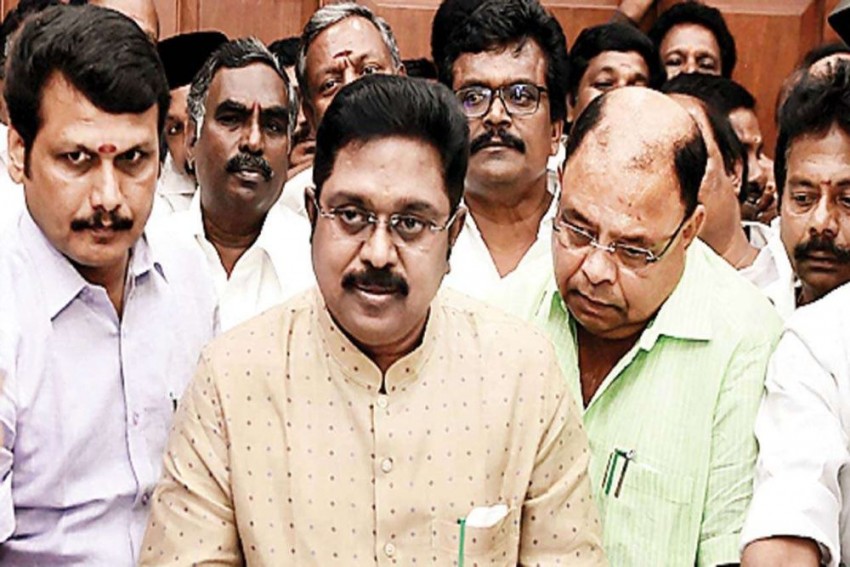 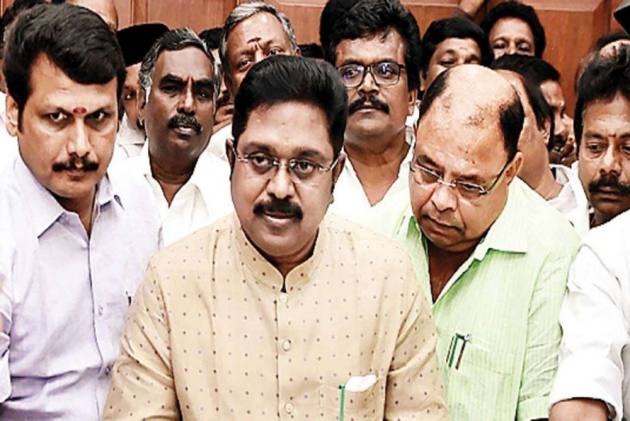 When he addressed the media after Justice M. Satyanarayana had upheld the disqualification of the 18 AIADMK MLAs, the normally upbeat TTV Dhinakaran was shorn of his twinkling smile. There was an air of resignation about him when he said that he would have to consult the 18 MLAs before deciding if the HC ruling needs to be challenged in the Supreme Court.

TTV and his flock were hoping that they would be able to unseat Chief Minister Edappadi K. Palaniswami, his deputy O.Pannerselvam and a handful of Ministers if the HC had quashed the disqualification. “Our aim is not to destabilise this government but only to get rid of the CM and a few of his Ministers who are responsible for our plight,” Thanga Thamilselvan a leader of TTV group and a senior MLA had declared yesterday.

But such a scenario will not unfold and in contrast, there is now a greater air of stability about the EPS government after the HC verdict. Instead, it is in TTV’s camp the MLAs are a distraught lot, having been out of power for over a year and the possibility of not getting reelected again even if they are fielded in the byelections caused by their diswualifications.

“TTV’s biggest challenge would be to hold on to the 18 former MLAs in spite of his assurance that he would get them re-elected to the Assembly. How many of them would be ready to face a byelection in which the ruling AIADMK and the DMK would be the main contenders? Barring a few former MLAs, the rest are not wealthy enough to fight elections again. So many may be tempted to return to the home team in the hope that they could reap some benefits as part of the ruling dispensation,” observed writer and political observer Maalan.

And having won the R.K. Nagar byelection against both the AIADMK and DMK, TTV would be compelled to show a similar win record when byelections are held to these 18 seats along with two other seats that have fallen vacant due to the death of incumbents including Karunanidhi. He would need to outperform the official machinery and money power at the command of the AIADMK and the organisational strength of the DMK across 20 seats, which could turn out to be a virtual mini general election. To that extent the byelections, if and when they are held, would be a test of Dhinakaran’s political survival.

Even if the disqualified MLAs challenge the HC verdict in the Supreme Court they would have to be content being ex-MLAs till the SC brings a finality about the Speaker’s powers. Already two similar cases are pending before the SC for over four years which means the MLAs cannot hope to get instant justice from Delhi as well. Also the fate of two AIADMK MLAs who joined the TTV camp much after the disqualification of the 18 MLAs also hangs in the balance if the AIADMK issues a whip to them in the January session of the Assembly. Either they fall in line to save their seats or face disqualification if they violate the whip. So again it would be a test of their continued loyalty to Dhinakaran.

Under such circumstances, Dhinakaran, who has seen a groundswell of support during his tours, will be challenged to prove his staying powers. His recent attempts to embarrass the ruling party by revealing a secret meeting with OPS in July 2017 and an audio about allegations of rape against Fisheries Minister D. Jayakumar might have created a sensation in the short term. But the picture that his supporters and the Tamil Nadu public would get is that of a Dhinakaran unable to make the EPS government shudder. Unless he has a trump card hidden up his sleeve.