Around 3,400 people have donated 58,182 pounds for the balloon stunt, aimed at removing Khan as mayor at the next local election in 2020. 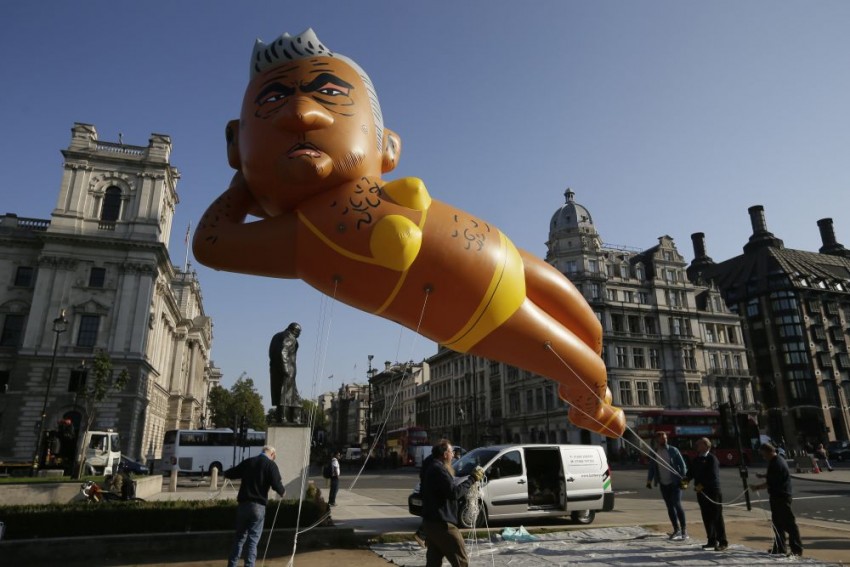 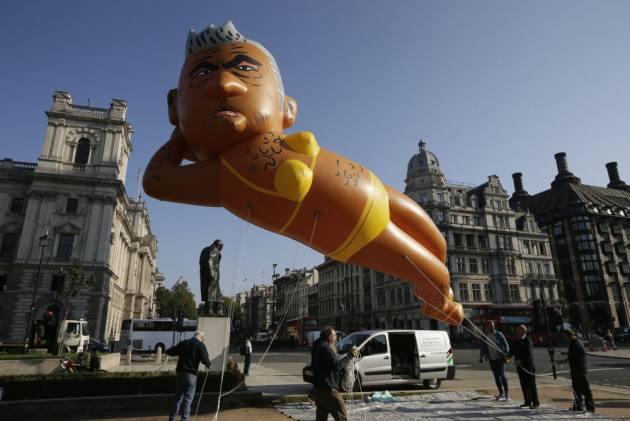 Around 3,400 people have donated 58,182 pounds for the balloon stunt, aimed at removing Khan as mayor at the next local election in 2020 over what organisers claim is his poor record on cutting crime in the British capital.

The crowdfunding page for the 'Make London Safe Again' campaign said, "In light of the Donald Trump 'Baby Trump' balloon being allowed to fly over London during his visit to the UK, let's get a 'Baby Khan' one and see if free speech applies to all.

"Under Sadiq Khan, we have seen crime skyrocket to unprecedented levels. People in London don't feel safe and they aren't safe, (there have been) 81 murders this year alone! Khan out." 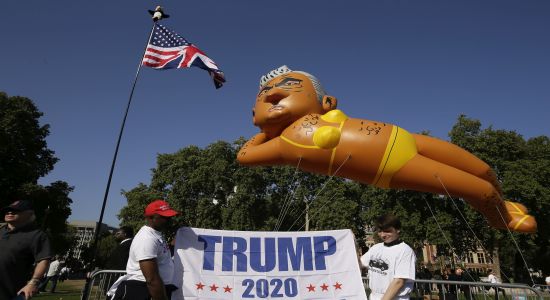 Khan had reacted nonchalantly to the stunt, after defending a similarly huge balloon depicting a spray-tanned Donald Trump in a nappy, which also took flight above the same spot in London during the US president's visit to the UK in July.

"If people want to spend their Saturday looking at me in a yellow bikini they're welcome to do so – I don't really think yellow's my colour though," Khan said, in reference to the so-called "Baby Khan" inflatable depicting him lying on his side wearing a yellow bikini.

The bikini design of the inflatable is in reaction to the mayor's decision to ban advertisements on London's Underground Tube network showing a woman in a similar swimsuit. It featured the caption: "Are you beach body ready?" – which was criticised for promoting an unhealthy body image, prompting the ban.

Yanny Bruere, a self-proclaimed free speech advocate behind the 'Make London Safe Again' campaign, plans to take the giant blimp around the UK.

"Any surplus money raised will be used for a continuing campaign to remove Sadiq Khan from office and also for defending free speech which is constantly under attack," he said.

A spokesperson for City Hall, the London mayor's office, said: "The City Hall city operations team has spoken with the organisers of this balloon and given permission for them to use Parliament Square Garden.

As always, City Hall has been working in very close coordination with the Metropolitan Police and other key agencies to ensure this protest is able to be carried out in a safe and secure way."

The London Mayor had angered Trump supporters when he gave permission for the US president's 'angry baby balloon' to take flight in the city during the presidential visit in mid-July, saying "the idea that we limit the rights to protest, we limit the rights to free speech because it may cause offence to a foreign leader is a very, very slippery slope".

A group calling itself 'Trump Babysitters' had said at the time that the protest was intended as a humorous way to counter the "misery" created by the US president.

Soon You Can See Who Is Online On Twitter