Having experienced the shock and grief of the Boston bombings, cannot we in the US empathise more with Iraqi victims and Syrian victims? 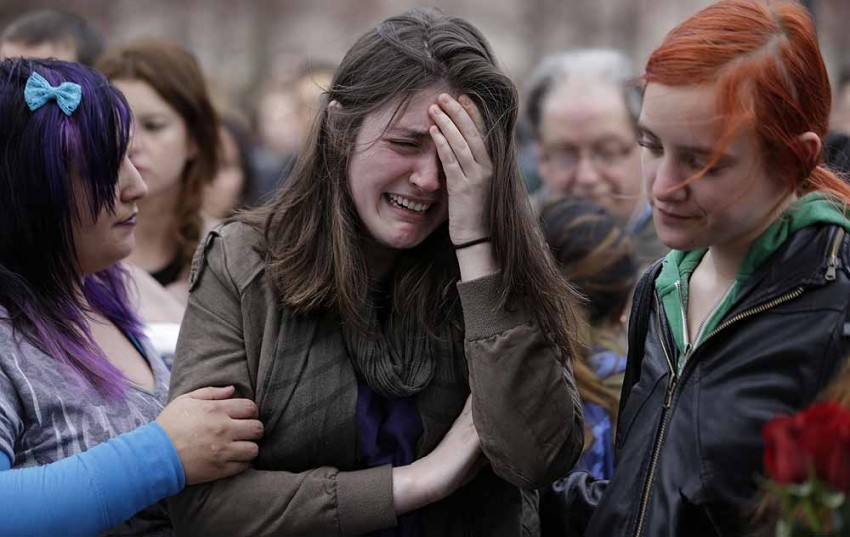 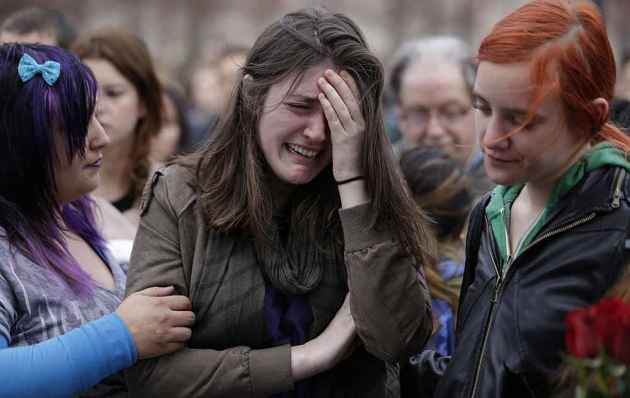 The horrific bombings of the Boston Marathon produced inspiring images of a spirited, brave Boston refusing to be cowed. Some spectators surged forward toward the danger to apply tourniquets, offer first aid, share blankets, and later to give blood, for the victims.

President Obama followed the crisis from its first moments and came out promptly to caution against fruitless speculation as to the perpetrators as well as solemnly to vow that they will be held accountable. (He has a certain track record in that regard.)

The idea of three dead, several more critically wounded, and over a 100 injured, merely for running in a marathon (often running for charities or victims of other tragedies) is terrible to contemplate. Our hearts are broken for the victims and their family and friends, for the runners who will not run again.

There is negative energy implicit in such a violent event, and there is potential positive energy to be had from the way that we respond to it. To fight our contemporary pathologies, the tragedy has to be turned to empathy and universal compassion rather than to anger and racial profiling. Whatever sick mind dreamed up this act did not manifest the essence of any large group of people. Terrorists and supremacists represent only themselves, and always harm their own ethnic or religious group along with everyone else.

The negative energies were palpable. Fox News contributor Erik Rush tweeted, “Everybody do the National Security Ankle Grab! Let’s bring more Saudis in without screening them! C’mon!” When asked if he was already scapegoating Muslims, he replied, ““Yes, they’re evil. Let’s kill them all.” Challenged on that, he replied, “Sarcasm, idiot!” What would happen, I wonder, if someone sarcastically asked on Twitter why, whenever there is a bombing in the US, one of the suspects everyone has to consider is white people? I did, mischievously and with Mr. Rush in mind, and was told repeatedly that it wasn’t right to tar all members of a group with the brush of a few. They were so unselfconscious that they didn’t seem to realize that this was what was being done to Muslims!

It was easy for jingoists to find Chinese or Arabs on twitter gloating. But I saw much more of this kind of message:

or there was this:

But there were positive energies as well. The Egyptian woman activist Asma’ Mahfouz, who was important in calling for the Tahrir demonstrations that kicked off the 2011 Egyptian Revolution, said that she admired the American sense of deep concern for the welfare of citizens, and the way authorities came out promptly to speak to the incident. She contrasted this situation to that in Egypt, where, she alleged, the authorities have less respect for the value of citizens’ lives. For a young Egyptian revolutionary, America is still an exemplary nation in some regards, and many in the world admire it even in the way it deals with adversity.

Similar sentiments were voiced by the journalist Fatima Naout, who said that when dozens of Egyptians died in a train accident, it took President Morsi 12 hours to come on television, and then he made only a brief statement of less than a minute. She also complained of innocents being arrested for sabotage and ultimately released, while what she called Muslim Brotherhood gangs attacked demonstrators with impunity. She said that the US is a nation of laws and upright judicial procedure, and Egypt still is not.

On the other side of the aisle in Egypt, Muslim Brotherhood members of the Senate (Majlis al-Shura) unhesitatingly condemned the bombings. MP Izz al-Din al-Kumi condemned all violence that harmed individuals of any nationality. He discounted a return to the ‘war on terror’ atmosphere of 9/11, saying that al-Qaeda had suffered too many blows any longer to be a viable organization. Dr. Farid al-Bayyad, another parliamentarian said, “Regardless of our differences with American policy, we roundly condemn these attacks.”

Some Syrians and Iraqis pointed out that many more people died from bombings and other violence in their countries on Monday than did Americans, and that they felt slighted because the major news networks in the West (which are actually global media) more or less ignored their carnage but gave wall to wall coverage of Boston.

Aljazeera English reported on the Iraq bombings, which killed some 46 in several cities, and were likely intended to disrupt next week’s provincial election.

What happened in Boston is undeniably important and newsworthy. But so is what happened in Iraq and Syria. It is not the American people’s fault that they have a capitalist news model, where news is often carried on television to sell advertising. The corporations have decided that for the most part, Iraq and Syria aren’t what will attract Nielsen viewers and therefore advertising dollars. Given the global dominance by US news corporations, this decision has an impact on coverage in much of the world.

Here is a video by the United Nations High Commission on Refugees (UNHCR) on the dilemma of the over one million displaced Syrians, half of them children:

So I’d like to turn the complaint on its head. Having experienced the shock and grief of the Boston bombings, cannot we in the US empathise more with Iraqi victims and Syrian victims? Compassion for all is the only way to turn such tragedies toward positive energy.

Perhaps some Americans, in this moment of distress, will be willing to be also distressed over the dreadful conditions in which Syrian refugees are living, and will be willing to go to the aid of Oxfam’s Syria appeal. Some of those Syrians living in refugee camps in Jordan, Lebanon and Turkey were also hit by shrapnel or lost limbs. Perhaps some of us will donate to them in the name of our own Boston Marathon victims of senseless violence.

Terrorism has no nation or religion. But likewise its victims are human beings, precious human beings, who must be the objects of compassion for us all.

Juan Cole is the Richard P. Mitchell Professor of History and the director of the Center for South Asian Studies at the University of Michigan. He runs the Informed Comment website where this piece first appeared