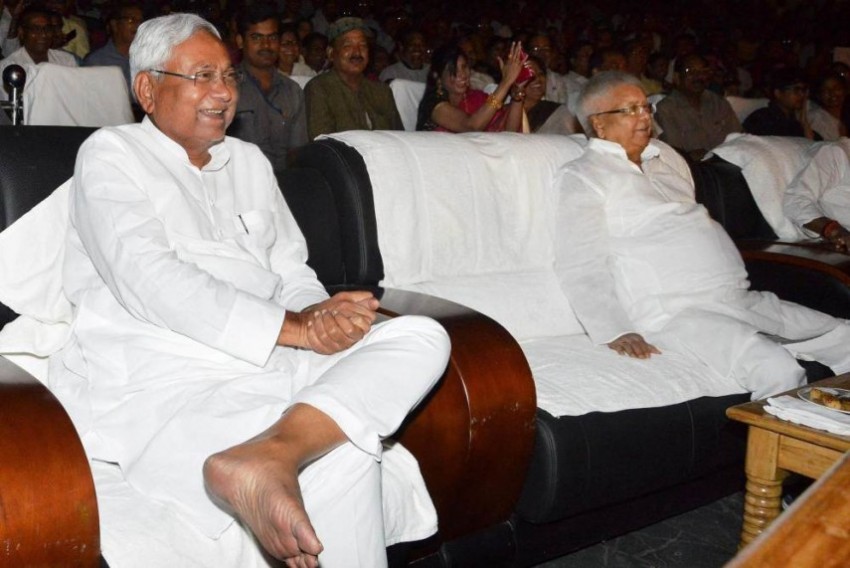 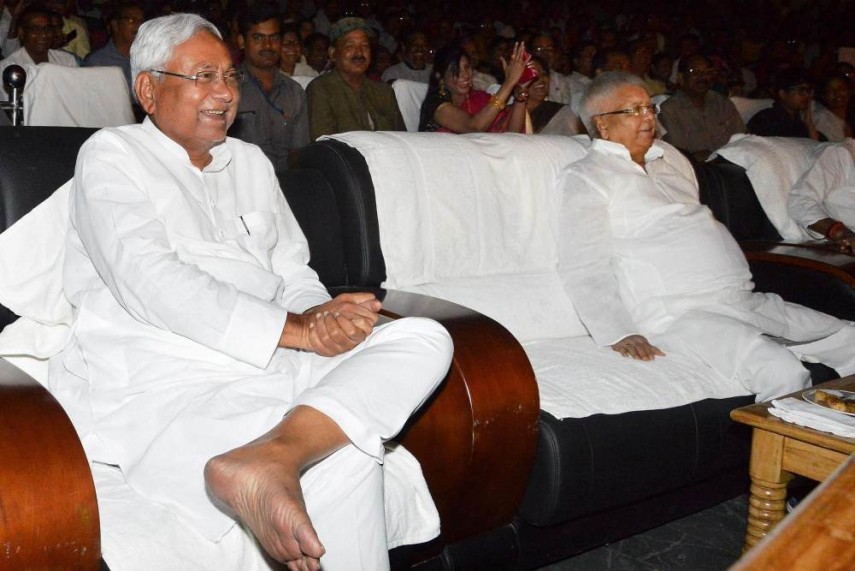 Glorious uncertainties are as much a part of Indian polity as the game of cricket. About a year ago, who would have expected Lalu Prasad Yadav to back Nitish Kumar as the 'worthiest candidate' for the Prime Ministerial post?

In the run-up to the Bihar assembly elections, the Rashtriya Janata Dal president had talked about swallowing poison before accepting him as the chief ministerial candidate of the Grand Alliance, a three-party coalition formed to prevent the Bharatiya Janata Party from annexing power in the state.

In fact, Lalu’s refusal to accept the Chief Minister as the leader had pushed the JD(U)-RJD-Congress alliance to the brink, and Nitish had to take recourse to deft political maneuverings to make his unpredictable ally fall in line.

But now, the same Lalu has no qualms in openly acknowledging him as the ablest candidate from the Opposition stable.

This is all the more surprising because Lalu has chosen Nitish ahead of his close relative, Mulayam Singh Yadav, another front-runner to head the Opposition alliance in the 2019 parliamentary polls.

Even though it is an open secret that Lalu had played a key role in thwarting Mulayam’s Prime Ministerial ambitions in 1996, one expected him to avoid treading on the toes of the Samajwadi Party chief at this juncture. Since Mulayam has not been on the best of terms with Nitish because of the Janata Parivar merger fiasco last year, Lalu’s stand is unlikely to amuse him.

Many would argue that Lalu, otherwise known as an unabashed champion of dynastic politics, has turned mature enough to keep his political priorities insulated from his familial predilections. After all, Nitish’s stature has grown manifold in recent years due to his track record of good governance. 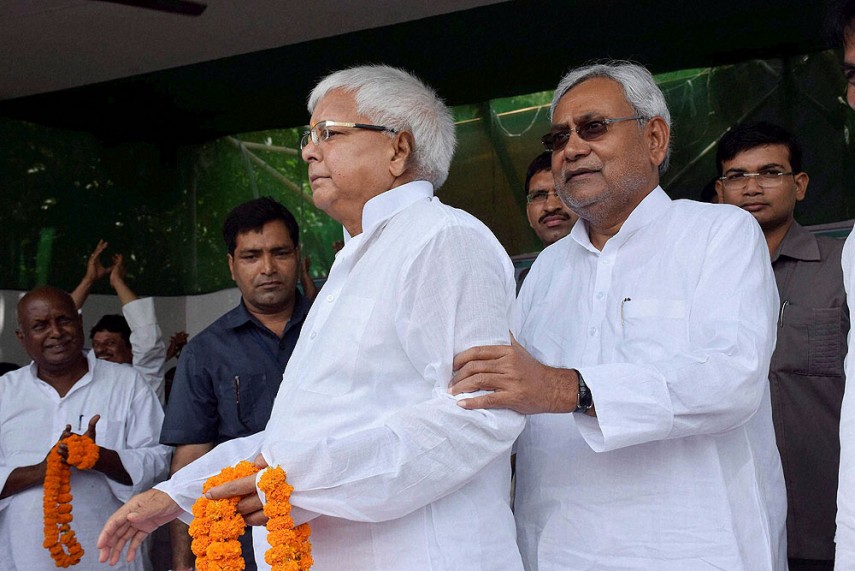 Besides, stringent prohibition laws enforced by his government may have earned him brickbats from different quarters lately, but he has managed to refurbish his image at the national level as a social reformer; an anti-liquor crusader who is out to prove that total prohibition may not remain a wishful thinking if backed by strong political will.

It, however, remains a moot point as to whether Lalu has chosen to put his money on Nitish only because of his reputation? Many believe that Lalu has projected him primarily to spite the Congress which would not like anybody other than Rahul Gandhi to head the anti-Narendra Modi front in 2019.

Lalu and Rahul have had frosty relations ever since the Congress vice-president tore off the copy of a proposed ordinance that the erstwhile UPA-II government headed by Manmohan Singh was keen to introduce in an apparent bid to bail out the convicted leaders. His gesture had apparently not gone down well with Lalu, who had been disqualified from contesting polls after being sentenced to five-year imprisonment in the fodder scam in September 2013.

The cold vibes between Lalu and Rahul were too palpable to miss even during the assembly poll campaign last year when they chose not to share the dais anywhere. When the Opposition sought to play up the RJD-Congress divide within the Grand Alliance, Lalu dispatched his younger son Tejashwi Prasad Yadav to attend Rahul’s rallies.

Lalu may well have another motive behind backing Nitish. Should Nitish emerge as a consensus candidate of the non-BJP, non-Congress front in 2019, the RJD will have the most legitimate claim to the Chief Minister’s chair in Bihar.

Whether Nitish makes it to 7, Race Course Road in Delhi, or ends up becoming the Leader of the Opposition in the post-poll scenario, he may have to leave 1, Aney Marg, the chief ministerial bungalow in Patna to pursue his national ambition. In such a situation, it will be deputy chief minister Tejashwi, who will be ready to step into Nitish’s shoes.

In any case, the RJD, having nine seats more than JD-U in the state assembly, remains the largest party in Bihar. It will be difficult for the JD-U to stake claim to the top post in the wake of Nitish’s exit simply because Lalu had agreed to accept Nitish, and not anybody else from his party, as the leader of the alliance.

Hence, Nitish’s shift from Patna to Delhi -- as and when it happens -- will benefit both Lalu’s party and family. In supporting Nitish, he has not made a bad political move. He has only set his sights on his long-term goals without deviating from his well-known stand on how politics should be pursued in his home state.