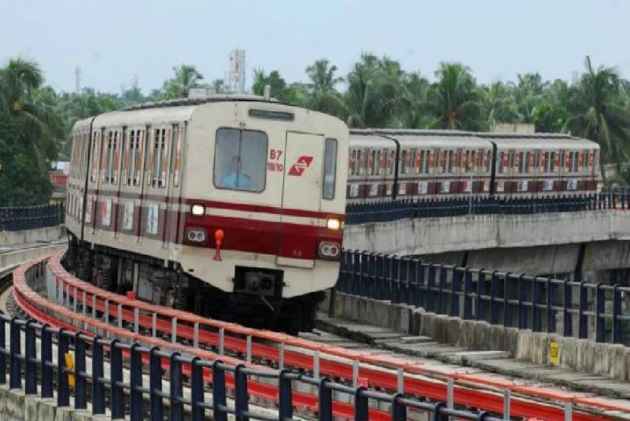 A rake of Kolkata Metro got stranded partly inside a tunnel following an electrical snag, creating panic among commuters, Metro railway authority said.

Two coaches of the rake got inside the Netaji Bhavan metro station while others were stranded behind the tunnel, Banerjee said.

Passengers started panicking witnessing electrical flash from the lines while a few of them tried to come out breaking the windows.

It took almost 20 minutes to evacuate all the passengers from the rake and metro officials claimed that no one fell sick.

"As the lights suddenly went out there was a big commotion inside the train. Many children traveling in the train got terrified and started crying. There was an announcement in the public address system asking the passengers to get out of the train quickly," said a passenger told News18.

"There were sparks earlier also during the journey. We raised an alarm, but nobody listened to us. After the train gates did not open in five minutes, we finally broke open the glass windows and came out," said another passenger told the news channel.

This led to disruption of metro services for about half-an-hour after which south-bound metro services were started using the UP line, the CPRO said.

“The flash was mainly because of the snag that led to power trip leading to the metro coming to a halt. We are investigating the matter,” she said.