Kiki is an internet challenge thrown by Canadian rapper Drake, which involves jumping out of a moving car and dancing alongside it to his hit 'In My Feelings'. 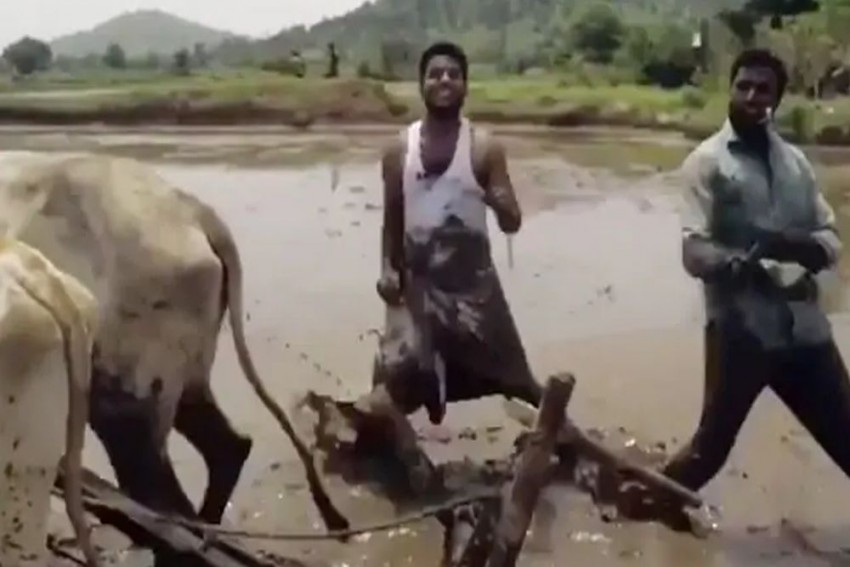 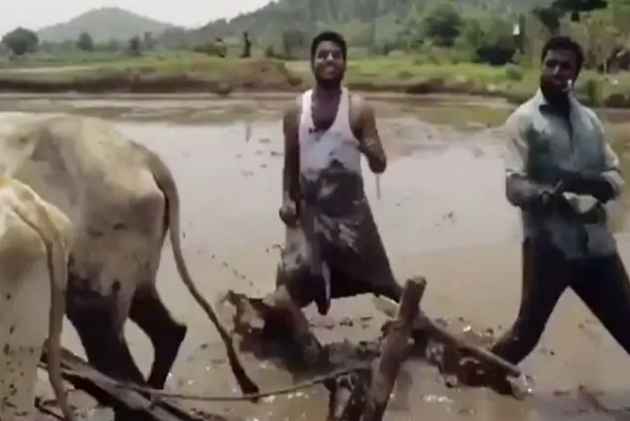 A farmer and a budding actor from Telangana who took up the 'Kiki dance challenge', grooving to Drake's smash hit as they plough a field with bullocks, have become a sensation with a video of the act going viral.

Kiki is an internet challenge thrown by Canadian rapper Drake, which involves jumping out of a moving car and dancing alongside it to his hit 'In My Feelings'.

The video, posted as 'Kiki Challenge Village farmers Style India' in 'My Village Show' channel in Youtube has garnered nearly 1.6 lakh views in just three days while the official Facebook page of the 'My Village Show' had over three million views and about 55,000 shares in just four days.

READ ALSO:  What Is Kiki Challenge And Why Has It Kept Police On Their Toes

Anil Kumar is a budding actor, while his friend Pilli Tirupati is a farmer. The dance was shot in Tirupati's farmland on August1.

"Director Srikanth (SriramSrikanthwho runs 'My Village Show' channel in youtube) came up with this idea and we shot the video and posted in youtube," Anil told PTI. Srikanth said he wanted to something better using the Kiki Challenge and hit upon this idea.

Srikanth claimed that soon after posting the video online, his followers in Facebook and Instagram have been growing exponentially. The dance by the duo has drawn huge accolades from netizens. Among them was Bollywood actor Vivek Oberoi, who posted
this video in his official twitter page.

"The only#kikichallengethat I approve of! Desi style and completely safe! Mera Bharat Mahaan!," he said.

Hyderabad Traffic Police have warned that anyone indulging #kikichallenge on the roads would be booked under Section 268 of IPC (public nuisance) and Section 70 (b) of
Hyderabad City Police Act.

Paying Attention To Every Moment, Looking For Every Opportunity To Find Joy: Sonali Bendre