Khadi: The Fabric Of The Future

Expanding the colour palette, westernizing the cuts, and creating new trends in itself, the Khadi fabric has transcended itself as a sustainable fabric of the future.

Khadi is truly the fabric of the future. Due to its unique eco-friendly nature and perfect and vivid   fabric qualities, Khadi has become a stylish narrative that is now popularly embraced by designers. A versatile fashion fabric, Khadi has been used as a tool to navigate India through its hard-won independence. Young and famous fashion designers are innovating in   Khadi   and   giving Khadi a new twist. Lets celebrate the most versatile fabric not only on Gandhi Jayanti, but every day of our life. 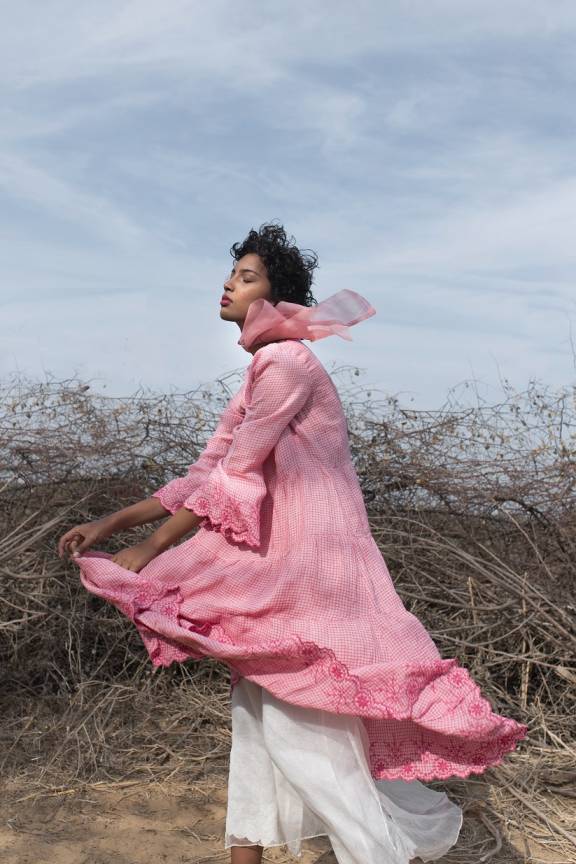 Designer Rina Singh of Eka says, “Khadi is a hand spun and hand-woven textile that renders itself beautifully to any garment that works with the intrinsic nature letting the textile contribute to the design by sheer simplicity and purity of its form. Expanding the colour palette, westernizing the cuts, and creating new trends in itself, the Khadi fabric has transcended itself as a sustainable fabric of the future.”

Once Rajesh Pratap Singh, the minimalist of Indian fashion had mentioned that the spinning wheel represents to him the hope of the masses. His passion with Khadi is because of the fact that this particular fabric is an income generator for the masses of India.

A year back at the Lakmé Fashion Week Winter/Festive, there was a grand khadi showcase by three young designers Anuj Bhutani, Gaurav Khanijo and Pallavi Dhyani Khadi and Village Industries Commission (KVIC) on Sustainable Fashion Day. When it comes to fashion Anuj Bhutani is one of the most minimalistic young designers in the business. His silhouettes for men and women are often unisex, thereby giving the garments a more versatile profile. The clean, fuss-free shapes are Anuj’s leitmotif that allows the fabrics to weave their story. Her Khadi creations are inspired by Chandni Chowk’s architecture, colours and people had a marked ethnic touch. The line comprised relaxed salwars, kameezes, dupatta, voluminous kurtas, cool dhotis, saris, scarves and turbans. Hand embroidery played an important part as the garments were etched with delicate patterns. The silhouettes were a great combination of traditional structure and layered styling that resulted in a more contemporary offering of Khadi. Embellishments and detailing played a stylish part as cutwork appeared periodically along with running stitches and elegant draping. 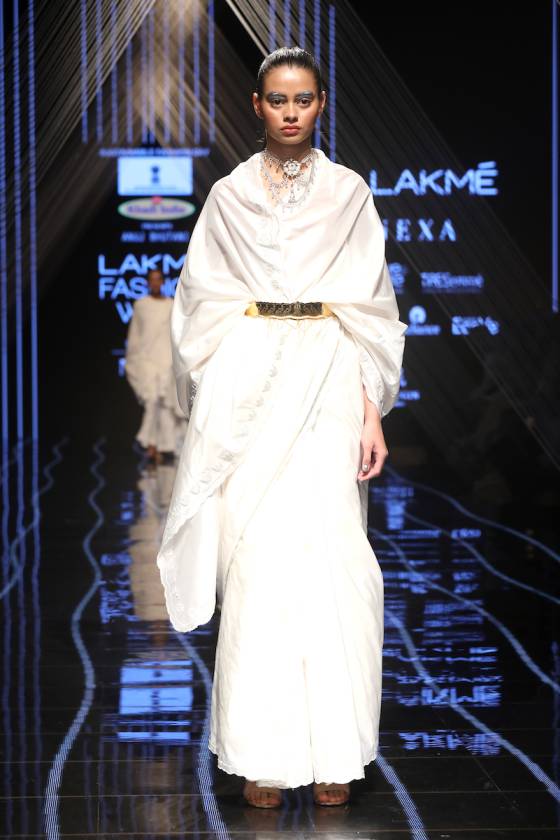 Lovers of Khadi will be thrilled with Anuj Bhutani’s offering of the ‘Fabric of India’ for the coming season, which has all the fashion directions that will be appreciated by men and women. 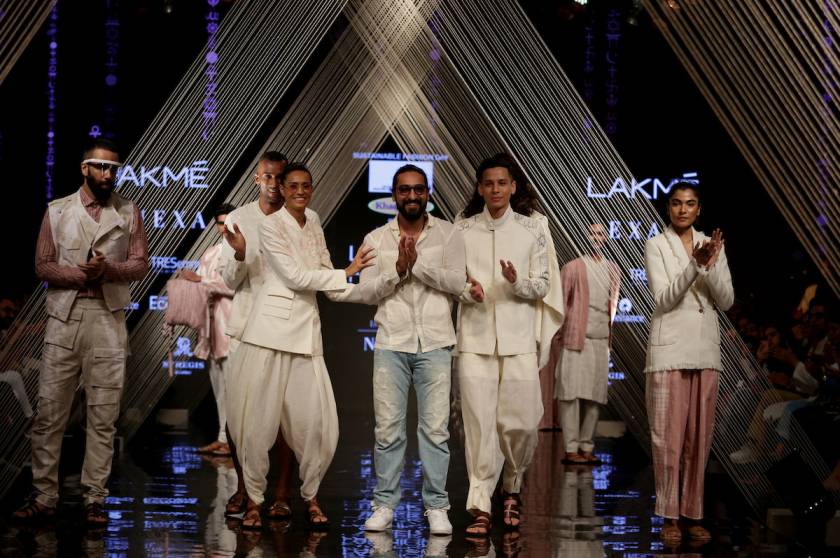 The ‘Khanijo’ label by Gaurav Khanijo has given men’s wear some adventurous and stylish options each season. Working with Khadi for his collection, the ‘Khanijo’ label brought in a mélange of history into the present and then looked at the future trends.Inspired by Ek - the numeric one in Hindi, the garments were a reminder that Gandhi was right when he called Khadi an art that saves life. With absolute integrity, the range went back to the cultural roots, as they innovatively showcased ensembles that marched forward in trend with solidarity. For the line, Gaurav did some SWOT analysis on Khadi, which will surely be the fabric of the future. The ‘Khanijo’ touches were very much there as the garments appeared on the stylish models.The label aimed at exploring unisex cuts, transforming traditional wear to high-street apparel. The silhouettes were natural, ensuring zero wastage with distinctly modern hues like soft dirty pinks, ivories, oatmeal and browns. 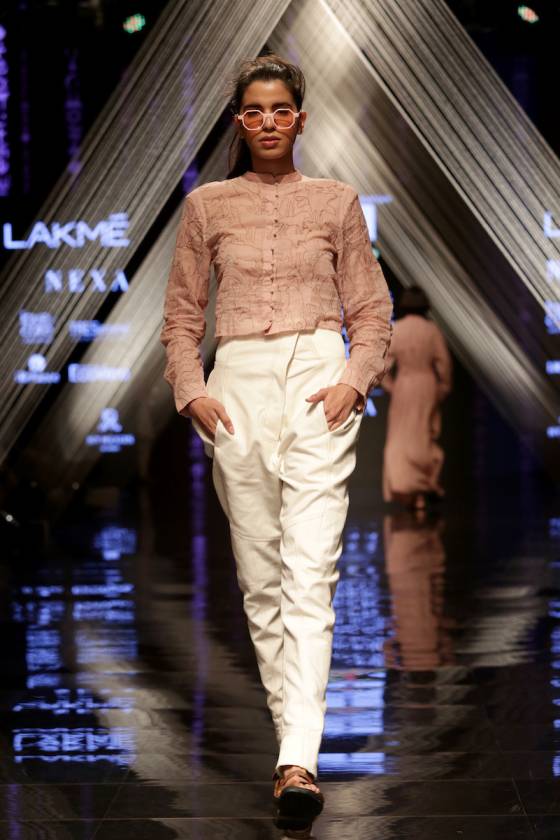 Pockets, detailing, sharply cut jumpsuits, airy shirts cut from 500 count Khadi linen, stone washed denim trousers and shawl jackets, handwoven in khadi blankets called ‘khes’ were eye-catching on the runway. The exciting detailing on the ready-to-wear garments were the religious symbols and endangered animals embroidered on the fabric that added a hint of glitter.

Designer Pallavi Dhyani’s ‘Three’ label worked on a range that would be a timeless addition in the wardrobes of men and women. Her softly layered collection called “Wave Length” ensured that the ensembles would complement the personalities of the buyers. Staying true to her design sensibilities, the silhouettes were contemporary with a minimal touch but high on utility. Her garments are practical and made with Khadi. 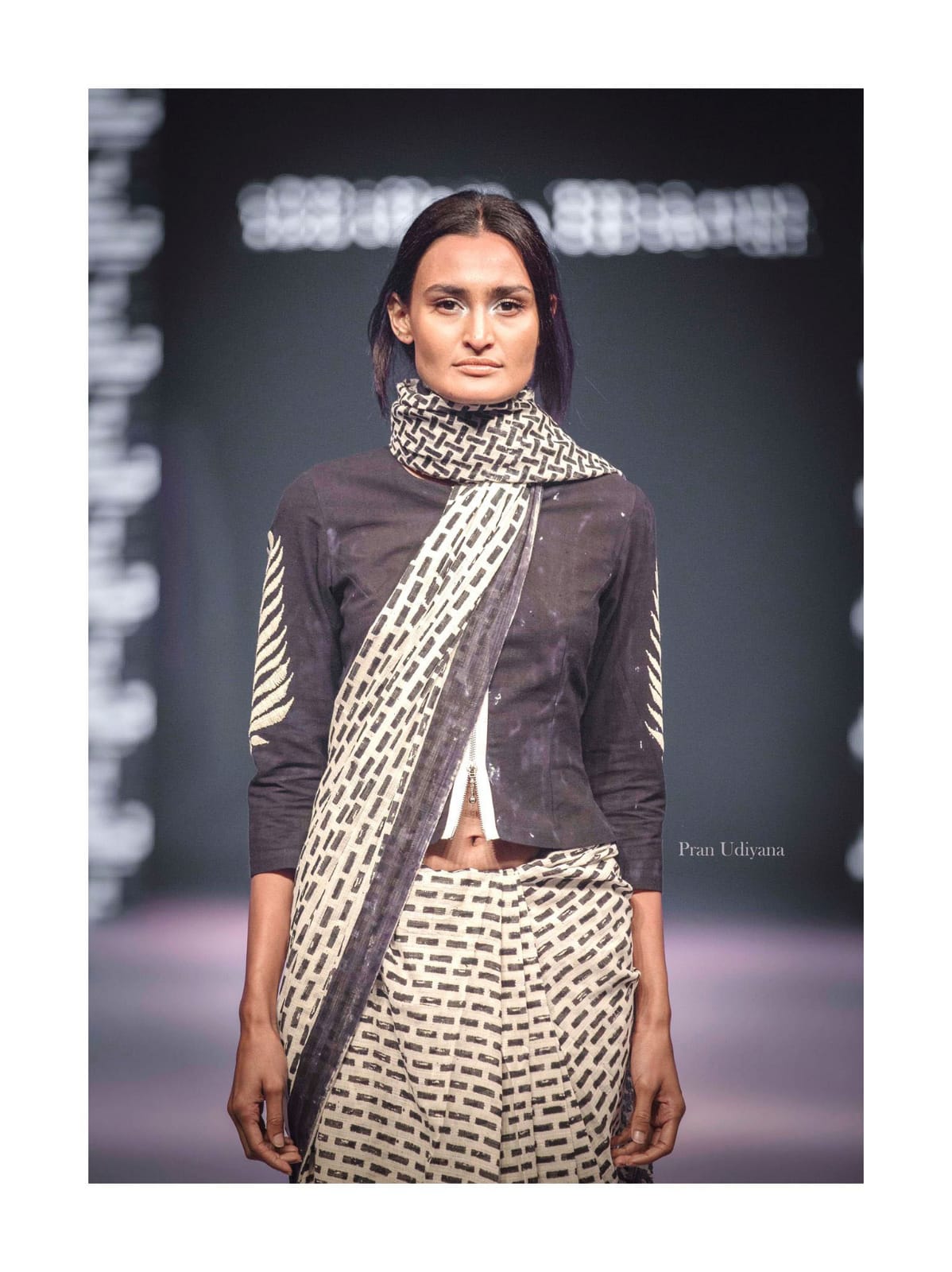