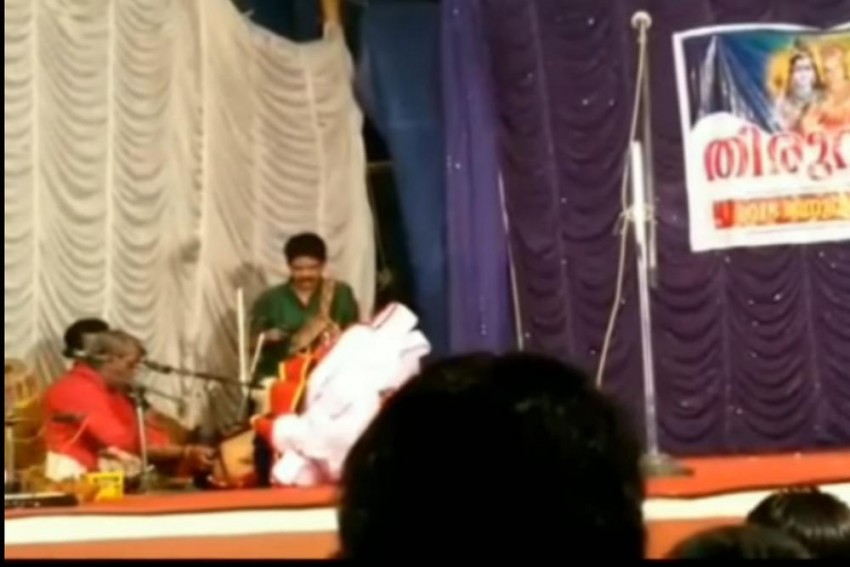 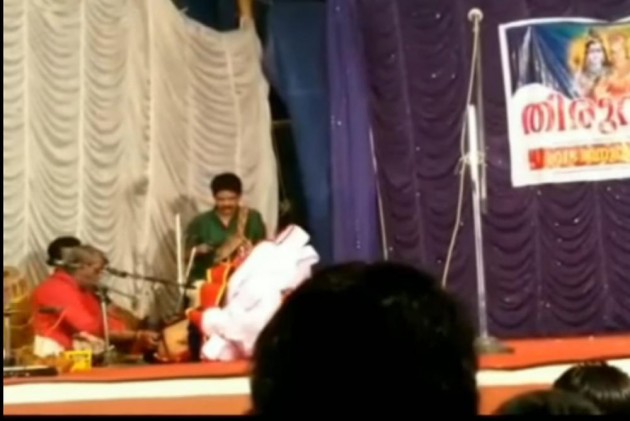 Renowned Ottanthullal artist Kalamandalam Geethanandan collapsed and died while performing at a temple at Irinjalakkuda in Kerala.

A video clip of his last performance circulating in the social media showed that Geethanandan collapses in front of the percussion artist with folded hands as the shocked audience looks on.

Though Geethanandan (58), retired head of Thullal Department at Kalamandalam Deemed University of Art and Culture was rushed to a nearby hospital, he was declared brought dead last evening, police said.

Geethanandan, a recipient of several awards including Sangeetha Nataka Academy Award in 2000 and Kalamamdnal award in 2010, also acted in over 30 malayalam films.

Thullal, a solo poetic performance combining dance and recitations, is one of the oldest art forms of Kerala.

Meanwhile, Kerala Chief Minister Pinarayi Vijayan condoled the death of Geethanandan saying his death was a great loss to the field of culture in the state.

Leader of Opposition in the state assembly Ramesh Chennithala said Geethanandan was an artist who made thullal popular among people.