The court acquitted Saseendran after the woman journalist involved in the alleged honey-trap reversed her statement that he had misbehaved with her. 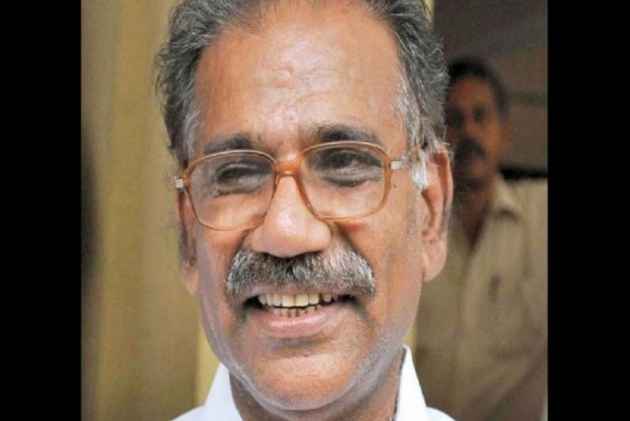 The way has been cleared for ex-minister A.K Saseendran's re-induction into the CPI(M)-led government headed by Chief Minister Pinarayi Vijayan in Kerala after the chief judicial magistrate's court in Thiruvananthapuram acquitted him of  the sexual harassment charges levelled by a woman journalist.

The case dates back to March 26, 2017, when the newly-launched Malayalam news channel Mangalam TV aired an audio tape alleged to be that of Saseendran indulging in sleazy talk with a woman. Although the woman's voice was edited out and Saseendran was criticised for having exploited the woman, it soon came to light that it was a case of honey trapping.

The court on Saturday acquitted Saseendran, an NCP MLA and former Kerala transport minister, holding that no case had been made out against him that warranted conviction. The order came after the woman journalist, who had filed a complaint alleging that Saseendran had asked her for sexual favours after she met him for an interview, later reversed her statement saying she had filed the case on the basis of a misunderstanding and that the matter had been resolved out of court. She had also stated during cross examination that she was not sure about whether the "person on the other side of the phone" was Saseendran.

The channel had earlier tendered an apology admitting that it had conducted a "sting operation" involving one of its women journalists and not a housewife, as claimed earlier. The CEO of the channel and four mediapersons were arrested in connection with 'sleaze audio' case and were now out on bail.

The Justice P S Antony commission, which went into the allegations against the former minister, had in its report submitted to the government in November last year stated that it could not ascertain the authenticity of the purported voice clip of Saseendran.

In a related development in the case, a public interest litigation was filed in the court  stating that the woman journalist might have reversed her statement due to "fear" and that the proceedings should not be closed.

The chief judicial magistrate rejected the plea, stating that it was a matter between the two persons and a third person cannot interfere into it.

Saseendran resigned as minister in March 2017 and Thomas Chandy, the other MLA of the party, replaced him as the transport minister.

However, Chandy also had to resign in November 2017 after allegations of land encroachment surfaced against him.

The NCP state leadership had then taken a decision that whoever comes clean of charges first would become the minister again.

Expressing happiness over the verdict, Saseendran said he would abide by the party leadership's decision.