Chennithala, however, said that he does not want to criticise the state government at this hour of crisis. 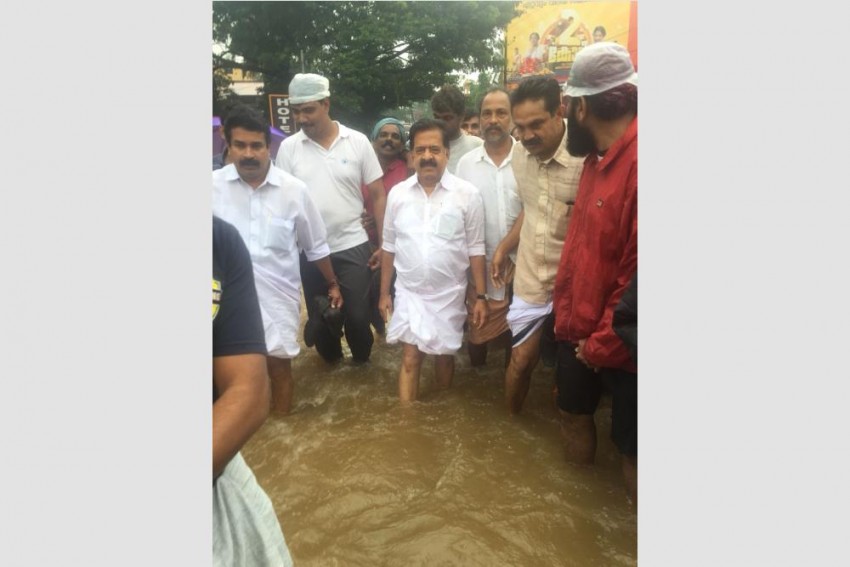 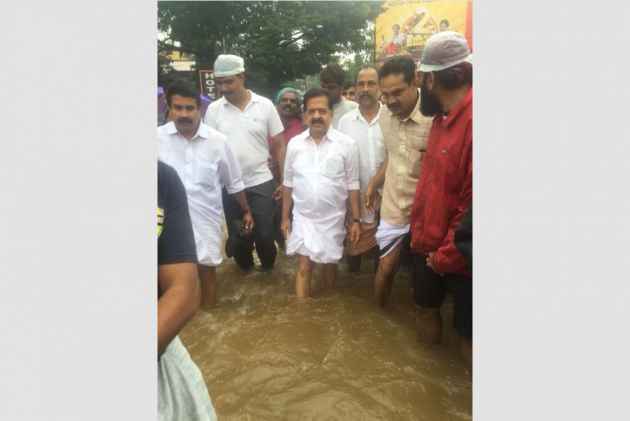 Kerala Opposition leader Ramesh Chennithala on Thursday said that the flood situation in Kerala is out of hands of the state administration and urged the defence forces to take over the rescue operations. In an exclusive interview to Outlook on phone during his field visit to a landslide-hit area in Nilambur, Malappuram district, Chennithala, for the first time has used such critical comments on rescue operations. He made clear that everything is out of hands in the state, and people are panic-stricken. He was, however, quick to add that he does not want to criticise the government at this hour of crisis. The Centre should immediately send more forces and funds to the state, he added. Excerpts:

What is your assessment of the flood situations in Kerala right now?

The situation is very grave here. Everything is out of hands of the civil administration. We are requesting the Army, Navy and Air Force to take over the rescue operations. I have spoken to (Union home minister) Rajnath Singh and requested him to send as many as paramilitary troops and Army forces to the state of Kerala for rescue operations. Because, all the dams are open. People are on the roof. Everybody is in panic. I have requested (Congress president) Rahul Gandhi to speak to the Prime Minister so that the Army, Navy and Air Force can be sent as early as possible.

What is your assessment of the relief and rehabilitation work? Are you not satisfied with it?

It is going on. But, the situation is unprecedented. Never in the history of Kerala has the state witnessed such a thing. Nobody is accustomed with this kind of rescue operations. The police and fire force are doing their duty. But, I feel that they are not completely managing the thing. Everything is out of hand. The state administration has totally failed. So, we are requesting the Army, Navy and Air Force to take over rescue operations.

Could you please share with us your personal encounters during your aerial survey and visit to the affected areas?

Except one district of Kasaragod, all 13 districts are fully under water. People are very much upset. Houses are evacuated… heavy loss of agriculture… the state is totally panic-stricken. A very bad situation!

What about the Centre’s interventions?

What is your message to the victims and others?