Delhi CM also alleged that it would "snatch away" the power of the state governments by bringing all the decision-making rights into the Centre's domain. 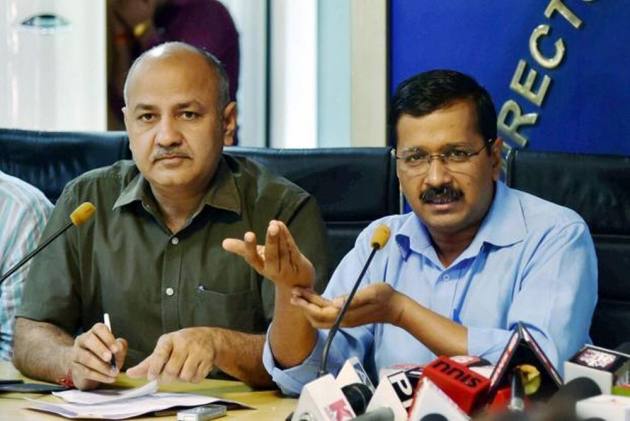 Delhi Chief Minister Arvind Kejriwal criticised the central government, stating that the proposed amendment to the Electricity Act, 2003 is aimed at benefitting "a few power companies" and can be "very dangerous".

The proposed amendment bill would put an end to cross-subsidy, injecting a steep two-to-five times hike in the power tariff across the board, so that even the middle class, let alone the farmers and poor, would find it difficult to afford electricity, he charged at a press conference at his residence here.

"I will write to all the chief ministers and personally meet those from the non-BJP-ruled states against the amendments that are very dangerous and draconian. This move is aimed at benefitting the big power companies that are known to be close to the prime minister," the Aam Aadmi Party (AAP) chief said.

Saying that the amendments also sought to initiate forward trading in the power sector, he also alleged that it would "snatch away" the power of the state governments by bringing all the decision-making rights into the Centre's domain.

"Forward trading will mean the big people will gamble and the common people will have to bear the entire burden of generation, speculation, supply as well as the corruption of the power companies," Kejriwal said.

The AAP will launch a movement against the amendment bill so that its passage in the Rajya Sabha could be stopped, he added.

"We will go to the people, telling them that (Prime Minister Narendra) Modiji is sold to the power companies," Kejriwal said.

The centre had sent the proposed amendments to the Electricity Act to the states for their feedback on September 7. It planned to pass the bill in the coming Winter Session of Parliament, Kejriwal told reporters.

"I am perplexed by the political rationale behind such a move that will hit a huge number of people, especially the poor and farmers. Maybe the Modi government has realised that it will not come back after the 2019 (Lok Sabha) polls and is trying to return back favours to the power companies," he claimed.

Kejriwal also challenged Bharatiya Janata Party (BJP) chief Amit Shah to an "open debate" on the work done by the AAP government in three years in Delhi and the work of his party's governments in the states and the Centre.

"Amit Shah has said we have done nothing in Delhi. I want to say that we did not help Vijay Mallya and Nirav Modi flee the country, we did not make a Rafale deal. Our three years' work in the fields of education, health, power and water supply can be debated vis-a-vis his (Shah's) party's 27 years' work in Gujarat and over four years' work at the Centre," he said.