This is the second time in three weeks that the DMK patriarch Karunanidhi has been hospitalised. 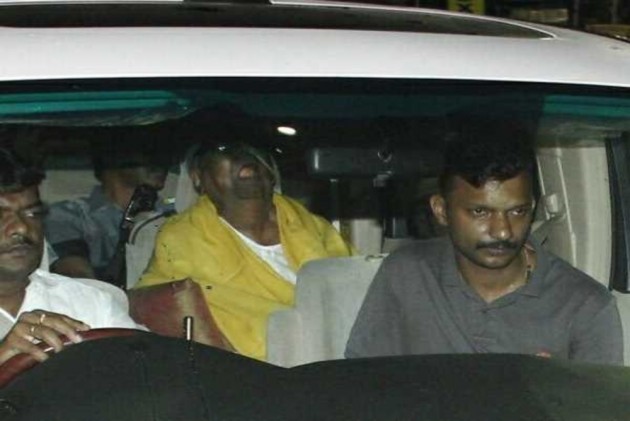 The DMK Chief was admitted to the hospital's Intensive Care Unit (ICU) at around 1:30 AM on Saturday after a sudden drop in blood pressure.

Soon after, the hospital released a statement saying that Karunanidhi's blood pressure was stabilised with medical help, adding that he was under observation.

"DMK President and former chief minister of Tamil Nadu, Kalaignar Dr M Karunanidhi has been admitted on July 28 at 1:30AM in the Intensive Care Unit of Kauvery Hopsital following drop in blood pressure. His blood pressure has been stabilised with medical management and he continues to be monitored and treated by the panel of expert doctors," Dr Aravindan Selvaraj, Executive Director of Kauvery Hospital, said in a statement.

The DMK patriarch had returned home recently after a short stay at Kauvery hospital where he underwent a procedure to change his tracheostomy tube to help him breathe better.

He was being treated for fever due to Urinary Tract Infection (UTI) with intravenous antibiotics and fluids.

DMK leader A Raja, who is present at the hospital, also reiterated the same, and added that the party chief is now out of danger.

The president in his tweet had said: "Spoke to Thiru Karunanidhis family members on the phone and inquired about his health. Wishing the former Chief Minister of Tamil Nadu, a veteran of our public life, a quick recovery #PresidentKovind.

"Spoke to Thiru @mkstalin and Kanimozhi Ji. Enquired about the health of Kalaignar Karunanidhi Ji and offered any assistance required. I pray for his quick recovery and good health. @kalaignar89 (sic)," the prime minister tweeted.

Chief Minister K Palaniswami, referring to the visit of deputy chief minister O Panneerselvam and other ministers last night, said "they (DMK) have conveyed that Karunanidhi is doing better."