"It will be inappropriate for Leone to don the role of Veeramahadevi who had championed the cause of Hindus," said the leader of the outfit. 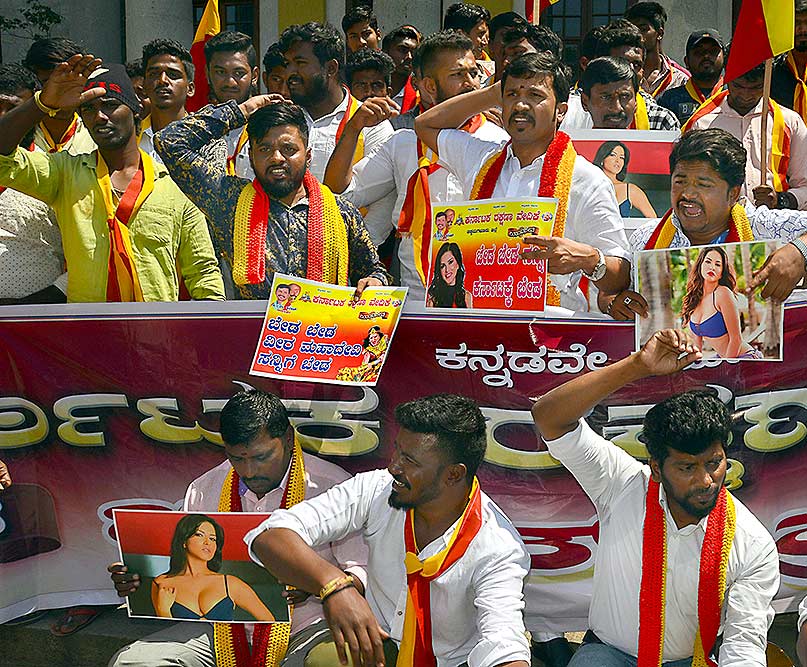 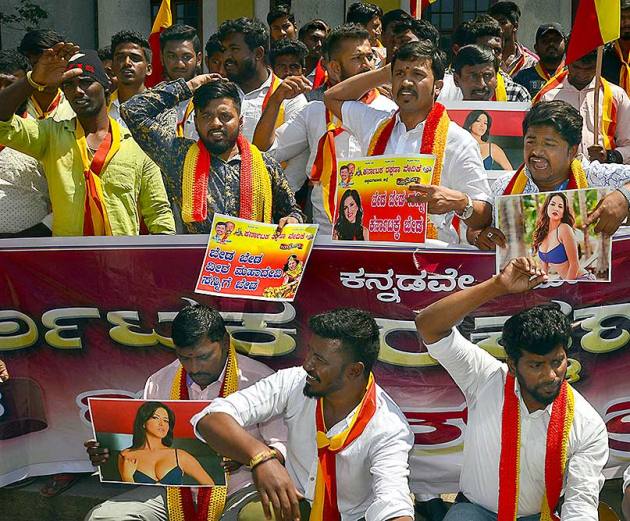 A Kannada outfit on Tuesday threatened to disrupt actor Sunny Leone's event on November 3 in protest against her playing the role of "Veeramahadevi" in a multi-lingual film.

Kannada Rakshana Vedike President K Harish told reporters here that the forum does not have any objection to Leone  performing in the event here, but would oppose her playing the character as Veeramahadevi, a historical icon, who is revered as a goddess figure by the Kannadigas.

"It will be inappropriate for Leone to don the role of Veeramahadevi who had championed the cause of Hindus," he said.

Commissioner of police T Suneel Kumar had said police had given the nod for Leone's event, but with conditions.

Earlier this month, members of the Kannada Rakshana Vedike had staged an agitation against Leone and burned her posters.

On December 31 last year, a new years eve show featuring Leone, organised by Time Creations, was cancelled following protests by the KRVYS and denial of permission by the authorities.