Talking about dating rules, Jacqueline and Sonam says one should stay true to one’s personality 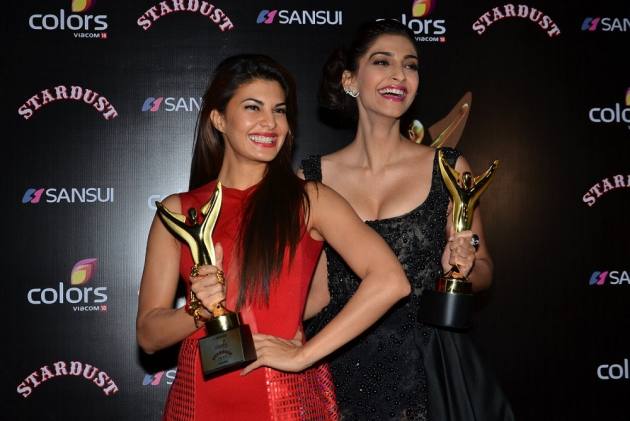 The stars talked about dating when they appeared on talk show Feet Up with the Stars presented by Voot Originals and hosted by celebrity stylist Anaita Shroff Adajania, read a statement

Actors Jacqueline Fernandez and Sonam Kapoor Ahuja says it is important to stay true to one's personality while dating.

Jacqueline also said that she would like Sonam to be her Tinder swiping friend and Sonam nominated Jacqueline as somebody who should be on Tinder.

While sharing dating tip, Sonam said: "Be yourself, be comfortable in your skin. If you want to dress up, dress up for yourself not for the other person."

As for Jacqueline, she said people are better off not listening to her dating tips.

But, if she was on Tinder, she would swipe right on guys who had creative and effortless pictures, and that gym and portfolio shots were a no no.