Tharoor is also not the only politician from the south to suggest this. 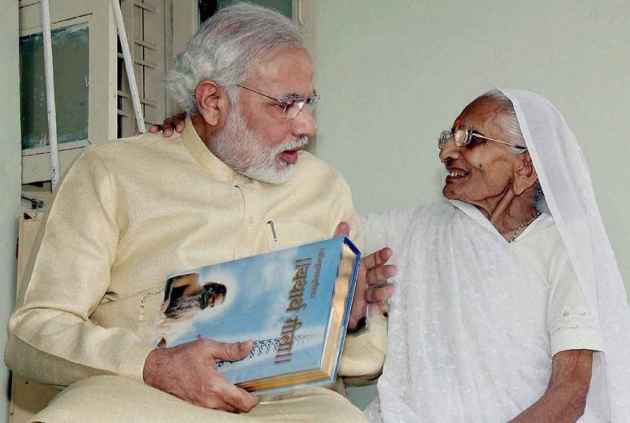 The Prime Minister Narendra Modi tweeted on Saturday, appealing to people to “give a book instead of bouquet as a greeting”.

I appeal to people to give a book instead of bouquet as a greeting. Such a move can make a big difference: PM @narendramodi

The tweet itself generated quite a lot of interest but what was also interesting were the tweets prior to it.

“Shri P.N. Panicker was the driving spirit behind the library network in Kerala through Kerala Grandhasala Sangham with 47 libraries. With the same spirit, I had started a similar movement by name of VANCHE GUJARAT when I was Chief Minister of Gujarat,” said the PM, in separate tweets.

And a current Congress leader from Kerala also had something to say.

Thiruvananthapuram MP Shashi Tharoor mentioned that he had been saying this in his constituency for a long time now. “Some minds think alike,” said Tharoor, refraining from fawning praise for either himself, or more pointedly, Modi.

Some minds think alike! I've been saying this for years in Thiruvananthapuram! pic.twitter.com/mXuajyzeiw

And Tharoor is also not the only politician from the south to suggest this.

Also Read: If You Love Me, Gift Me Books, Said Stalin, And They Flooded His Home With 12,000 Books

In March this year, DMK leader M.K. Stalin was celebrating his 65th birthday. He had advice for those coming to greet him on the occasion. “Books will help me expand my knowledge. So please gift me books if you truly love me,” he said.

His party’s MLAs and functionaries visited Higginbothams book shop, the oldest book store in Chennai, to pick up a suitable title for the birthday boy. While party spokesperson Tamilan Prassanna presented a book on “Speeches that changed the world,” the party’s Ariyalur district secretary S. Sivasankar gave a book on the great Tamil king Rajendra Chola. His choice of “Gangaikonda Rajendran,” detailed the naval conquests of the great warrior king, who conquered kingdoms up to Bengal and brought water from the Ganges to commemorate the famous Siva temple at Gangaikondcholapuram.

The party’s Rajya Sabha MP Tiruchy N. Siva gave three volumes of “The history of the Justice Party,” the precursor to Dravidian politics.

“Compared to his father Stalin is not much of a book worm but this is a good way to begin. Now that he has inherited the leadership of the party it is natural for him to become well read like his father. I only hope he will find the time for reading as he is travelling all the time,” pointed out a senior MP. Stalin had received over 12,000 books on his birthday at last count.