The protests began Thursday in Mashhad over Iran's weak economy and a jump in food prices and have expanded to several cities. 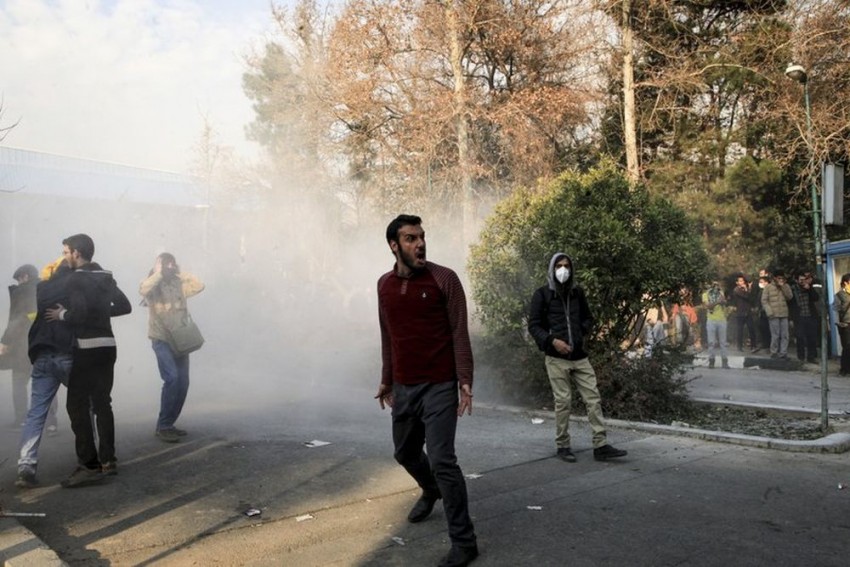 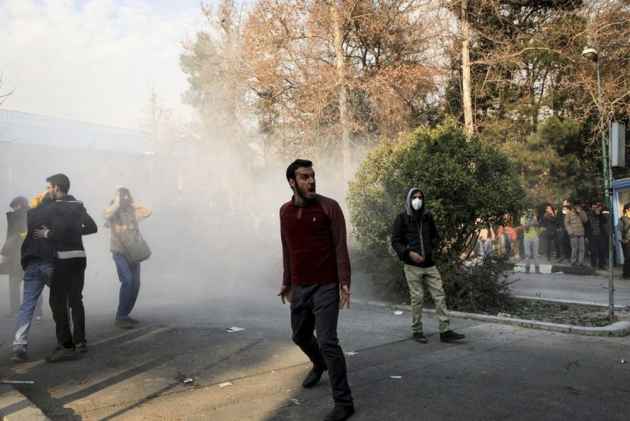 Protests across Iran saw their most violent night as "armed protesters" tried to overrun military bases and police stations before security forces repelled them, killing 10 people, Iranian state television has said. The demonstrations, the largest to strike Iran since its disputed 2009 presidential election, have seen five days of unrest across the country and a death toll of at least 13 with the slaying of a police officer announced late last night.

The protests began Thursday in Mashhad over Iran's weak economy and a jump in food prices and have expanded to several cities, with some protesters chanting against the government and the supreme leader, Ayatollah Ali Khamenei. Hundreds of people have been arrested.

Iranian state television aired footage of a ransacked private bank, broken windows, overturned cars and a firetruck that appeared to have been set ablaze. It said 10 people were killed by security forces during clashes Sunday night.

"Some armed protesters tried to take over some police stations and military bases but faced serious resistance from security forces," state TV said.

In a later report, state TV said killed six people were killed in the western town of Tuyserkan, 295 kilometers southwest of Tehran, and three in the town of Shahinshahr, 315 kilometers south of Tehran. It did not say where the 10th person was killed.

Earlier Monday, the semi-official ILNA news agency quoted Hedayatollah Khademi, a representative for the town of Izeh, as saying two people died there Sunday night. He said the cause of death wasn't immediately known, though authorities later described one of the deaths as the result of a personal dispute.

Late last night, Iran's semi-official Mehr news agency said an assailant using a hunting rifle killed a policeman and wounded three other officers during a demonstration in the central city of Najafabad, about 320 kilometers south of Tehran. The slaying marked the first security force member to be killed in the unrest.

Two protesters also were killed during clashes late Saturday in Doroud, some 325 kilometers southwest of Tehran in Lorestan province, authorities have said.

On Sunday, Iran blocked access to Instagram and the popular messaging app Telegram used by activists to organize.

President Hassan Rouhani acknowledged the public's anger over the Islamic Republic's flagging economy, though he and others warned that the government wouldn't hesitate to crack down on those it considers lawbreakers. That was echoed yesterday by judiciary chief Ayatollah Sadegh Larijani, who urged authorities to confront rioters, state TV reported.