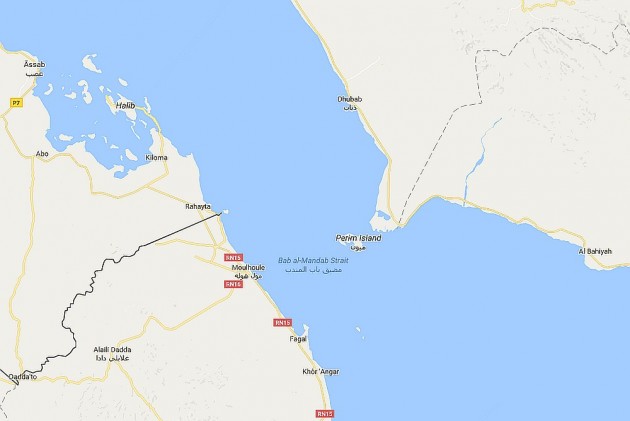 Seventeen months ago, this writer saw it coming. On Thursday, the US military launched cruise missile strikes to take out three coastal radar sites belonging to the Houthi militias around Bab Al Mandab (Gateway of Tears), a vitally important maritime artery and energy pathway off war-torn Yemen's southern coast.

The US retaliation, authorised by President Barack Obama, came quick on the heels of the Houthis targeting American warships in an act of reckless adventurism.

The missiles were fired from territory in Yemen controlled by the Iran-aligned Houthi militias. The Pentagon confirmed that the Houthis were indeed behind the failed attacks.

A week before that, on October 1, a United Arab Emirates ship was hit by missiles around the same area in the Strait as it approached the coast of Mokha on the Red Sea. According to reports, the Houthis said they used a Chinese-designed, C-802 anti-ship missile system for the attack.

It is clear that Iran had supplied the missiles to the Houthis. Iran had bought C-802 missiles from China and manufactured its own variant, the Noor. Moreover, it is not the first time that Iran supplied these missiles to armed militias. During the Second Lebanon War in 2006, several reports appeared saying that Hezbollah had used C-802 anti-ship missiles. To say that Iran had supplied C -802 to Hezbollah would be stating the obvious. Supply of such arms to the Houthis is a clear violation of the United Nations arms embargo.

More importantly, the three attacks point to a grave danger facing international maritime trade on the one hand and a serious escalation and expansion of the conflict on the other, which already claimed the lives of over 10000 people.

The attacks reflect a new strategic focus on the part of the Houthi-Saleh militias on maritime-based control. This strategy has two components: First, it is clearly aimed at creating parity with the internationally recognised government of Yemen's President Abdu Rabbu Mansour Hadi. Second, control over Bab Al Mandab can give them the power to blackmail the international system and bring wider attention to the conflict.

Bab Al Mandab offers the shortest trade routes between the Mediterranean (Europe and North Africa) and the Indian Ocean and beyond (India, China, and East Asia). Nearly all of the maritime trade between Europe and Asia worth a whopping $700 billion a year passes through the Bab al-Mandab straits on the southern entrance to the Red Sea, en route to the Suez Canal.

It is a critical location for world trade and any disruption to commercial shipping, particularly the transport of oil, through the Red Sea and the Suez Canal will spell disaster.

The alternative options in case of a disruption are bleak. The East-West pipeline will be hardly equal to the challenge, forcing a circuitous and immensely costly voyage around the Cape of Good Hope.

If the international community does not take timely action to preempt and thwart further adventures around the strait, the situation can get out of control. The Houthis, covertly or overtly supported by Iran, have the military wherewithal to throw world trade into chaos by blocking the strait through the deployment of sea mines, harassment and interdiction by small patrol craft, and attacks by a variety of weapon systems.

Iran, the main patron of the Houthis, is not new to such lethal games of disruption and destabilization.

Iranian threats to pulverize international trade by blocking the Strait of Hormuz are well-known. The war between Iran and Iraq in the 1980s was the first occasion the world woke up to the prospect of a potential Iran-engineered disruption in maritime trade routes.

Merchant ships from countries considered hostile were regularly harassed and assaulted by the Iranians. In 2008 the Commander of the Iranian Revolutionary Guard Corps boasted that “closing the Strait of Hormuz for an unlimited period of time would be very easy.” In 2012, Iran threatened to block the Strait of Hormuz if the sanctions against Iran for its nuclear program were not lifted.

The straits of Hormuz and Bab Al Mandab, accounting for 18% and 4% of the world's trade in oil respectively in addition to the transportation of various other goods, is perilously close to becoming the pivotal points around which a wider military confrontation of global proportions may happen. In other words, if the conflict in the poorest Arab country is not resolved, Iran may be in a position to derail 22% of the world's oil trade, inviting deterrent and retaliatory action from the US and other Western powers in tandem with their regional allies.

The situation is quite serious and can have disastrous consequences not just for the Middle East and North Africa region, but to the rest of the world as well. The way in which Iran expanded its sphere of influence through armed proxies over the past decade and the measures initiated by Saudi Arabia and its allies to counter it are the immediate regional backdrop for the current developments. But it goes well beyond that. The Middle East is slowly turning into a battleground of egos between the US and Russia as well.

Legend has it that Bab-el-Mandeb was created by tectonic movements along three fault lines. It is indeed tectonic developments of a political and military nature that are unfolding right now around the Strait. The question is: Will it further escalate into a wider conflict or prompt world powers to come together to quicken the process of political settlement?

Shajahan Madampat is a writer and cultural critic.