IPL 2019, KXIP Vs RR: Ashwin Shows What Leaders Do, Hits Successive Sixes To End Punjab Innings With A Flourish – WATCH

Ashwin hit Dhawal Kulkarni for sixes, off the fifth and sixth balls, to help Kings XI Punjab set a 183-run target for Rajasthan Royals in the 32nd match of the IPL 2019 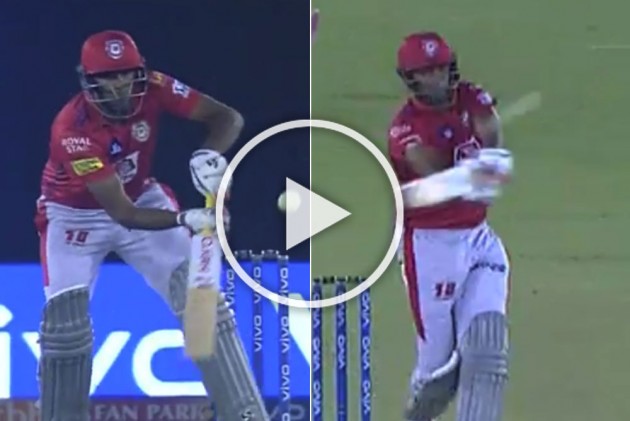 Ravichandran Ashwin is one captain who believes in leading with example, be it bowling, batting or fielding. On Tuesday, the Kings XI Punjab (KXIP) skipper showed his batting skills by hitting Rajasthan Royals (RR) pacer Dhawal Kulkarni for successive sixes to end their innings with a flourish in the 32nd match of the Indian Premier League (IPL) 2019 at Mohali.

Ashwin clobbered the fifth ball for a six over midwicket, then played a scoop shot with the ball sailing over the fine leg boundary. The skipper remained unbeaten on 17 off four.

Rahul, who was named in the World Cup squad on Monday, recovered after a slow start to post a 47-ball 52 studded with three fours and two sixes. He was ably supported by David Miller (40 off 27) as the duo shared a 85-run stand to lay the foundation.