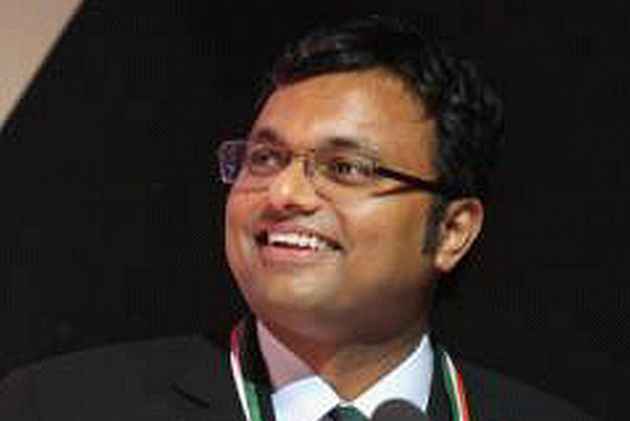 Karti Chidambaram, who has been under the CBI scanner over alleged INX Media deal, ha sought the Supreme Court's approval to travel to the United Kingdom from January 10.

Karti, the son of senior Congress leader P Chidambaram, is facing CBI investigation in a case of alleged irregularities in the Foreign Investment Promotion Board (FIPB) clearance to INX Media for receiving overseas funds to the tune of Rs 305 crore in 2007 when his father was the Union Finance Minister.

The apex court bench comprising Chief Justice Dipak Misra and Justices A M Khanwilkar and D Y Chandrachud is likely to hear the plea for allowing him to travel to the UK between January 10 and 20 on Monday.

Karti was on November 20 last year allowed to travel to the UK from December 1-10 for his daughter's admission at the Cambridge University there.

The CBI had lodged an FIR on May 15 and is probing the case.

The top court is hearing the CBI's appeal challenging the Madras High Court order staying the Lookout Circular (LOC) against Karti Chidambaram. The CBI had said on September 1 there were "good, cogent" reasons for issuing the LOC.

Earlier, the apex court had ruled Karti would not be allowed to leave India without subjecting himself to probe in the case. The court had then stayed the high court order putting on hold the LOC against Karti.