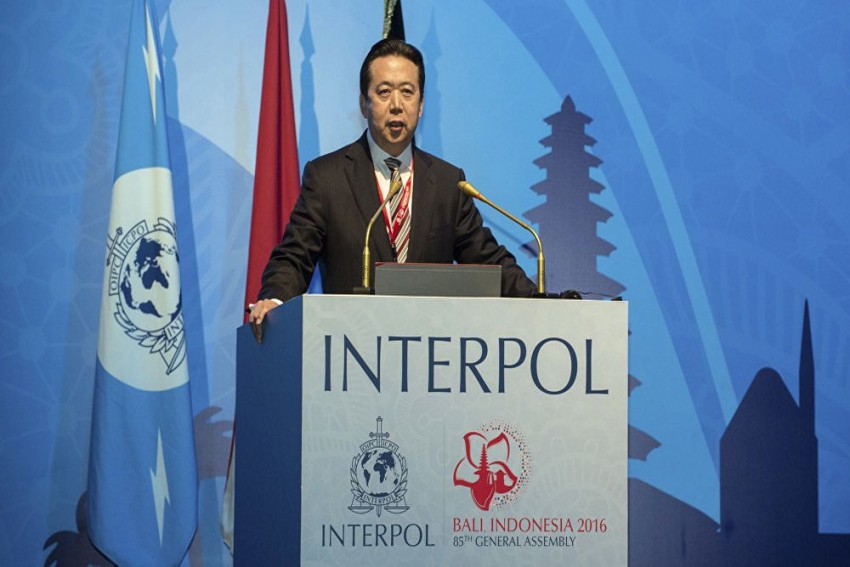 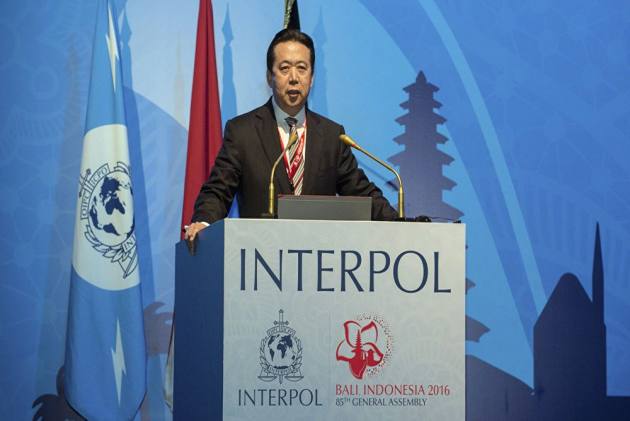 The International Criminal Police Organization (Interpol) on Sunday received the resignation of its Chinese president Meng Hongwei, who was missing since over a week.

A statement from Interpol confirmed that as per the agency's constitution and internal regulations, the Senior Vice-President of Interpol's Executive Committee, Kim Jong Yang of South Korea, will be instated as the acting president. The General Assembly Session, to be held in Dubai from November 18 to 21 will elect a new president for the remaining two years of the president's term.

This comes in the wake of an announcement from China that Meng had been held in the country and was being probed for his alleged involvement in unspecified criminal activities, reported South China Morning Post (SCMP).

Meng's wife, Grace, had earlier revealed that her last contact with him was a WhatsApp message, wherein Meng texted a knife emoji and wrote, "Wait for my call." Grace had last week reported her husband to be missing since September 25 in Lyon, where the Interpol is based, a statement from the French Interior Ministry confirmed.

While addressing a press conference in Lyon, Grace said, "This matter belongs to the international community. I'm not sure what has happened to him."

China's National Supervisory Commission had issued a statement on Sunday, confirming that the Interpol chief was being probed for his suspected involvement in the violation of state laws. Additionally, the SCMP cited a source as confirming that Meng was "taken away" for interrogation by authorities, "as soon as he landed in China."

SCMP cited analysts as indicating towards an extreme stimulus for Beijing to have detained Meng. Analysts say that not only would it imperil their diplomatic relations, it would also hamper any future efforts for agreements on law enforcement or legal issues and the likelihood of Chinese officials being elected to high-profile posts in global organisations.

Apart from being the Interpol president, Meng also served as a Chinese deputy public security minister.

Zhang Lifan, a Beijing-based political analyst said that the fact that China risked "losing face on the international stage" indicated towards something "urgent," adding that had Meng been allegedly involved in an ordinary corruption case, "there would have been no need for the authorities to handle it in such a manner."

Meanwhile, Steve Tsang, director of SOAS China Institute in London, stated that due to Meng's stature, the call to detain him must have been taken by someone at the highest levels of the Chinese government.

Meng was elected as the Interpol Chief in November 2016, becoming the first Chinese official to hold the position.