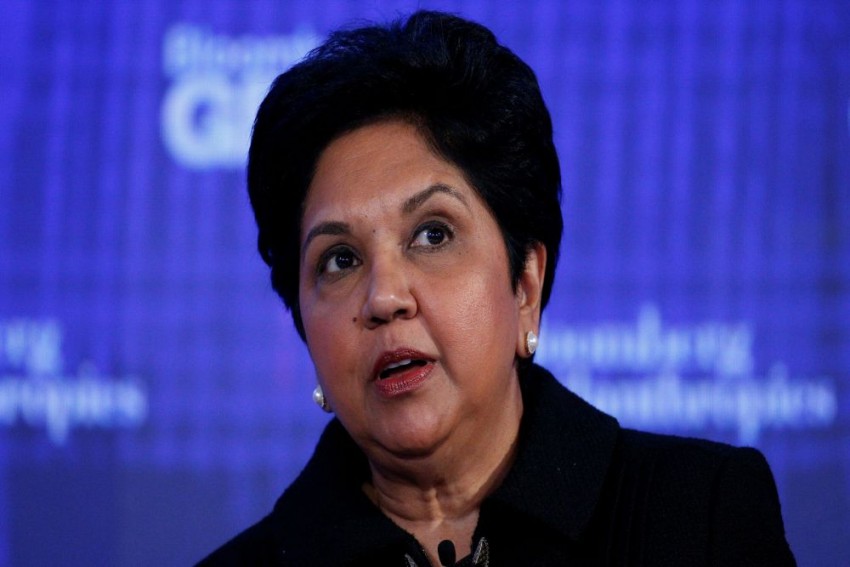 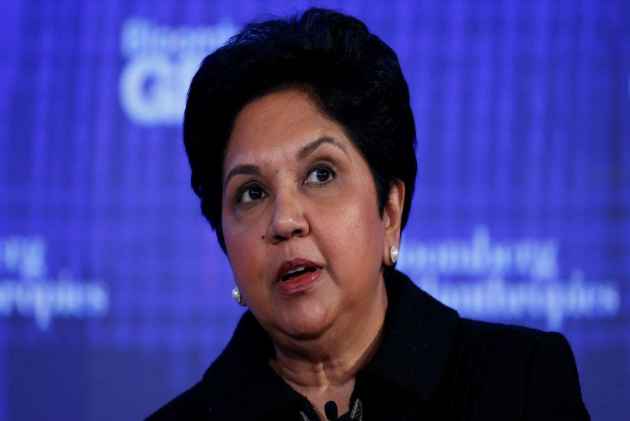 Indra Nooyi has ruled out joining politics and will now focus on her family after her long-innings at the world's second-largest food and beverage giant PepsiCo.

PepsiCo yesterday announced that its Board of Directors have unanimously elected Ramon Laguarta, 54, to succeed Indian-origin Nooyi as Chief Executive Officer.

Nooyi, 62, will step down on October 3 after 24 years with the company, the last 12 as CEO. She will remain Chairman until early 2019 to ensure a smooth and seamless transition.

Nooyi's departure in two months will further diminish the already small group of female Fortune 500 CEOs, she is one of just 25, and the even more minuscule ranks of women of colour.

"It concerns me in that we can actually count how many there are, as opposed to saying there are hundreds," she told Fortune in an interview.

Nooyi said in the interview that she did not yet know what she wanted to do next, but added that she would not be running for office.

"I'm not good at politics," the Chennai-born said.

"I'm just a good worker bee", Nooyi, who has not been afraid to get political, said.

After the 2016 US presidential elections, Nooyi had said Democrat Hillary Clinton's loss to Republican Donald Trump left her daughters and PepsiCo's employees devastated and there were serious concerns among the company's workers, especially the non-white employees, about their safety in an America with Trump as its president.

Nooyi said that after her departure from PepsiCo, her focus will be on her family.

Being the CEO of a company is "all consuming," she said. "When you are the CEO, especially of such a large company, there's only one priority, and that priority is being CEO. I think my family was short-changed a lot. The last 24 years, the PepsiCo family always came first."

She added, "Now is the the time to shift my priorities to my family."

Nooyi got married in 1980 to Raj Nooyi, President of AmSoft Systems. They have two daughters.

According to the Fortune report, before the announcement of Nooyi's exit, PepsiCo's stock was flat year over year and its beverage sales in North America had dropped for four consecutive quarters as consumers look for alternatives to soda. Nooyi said that the timing of her departure was unrelated.

"I look at our performance over a long period of time," she said. "The company is in great shape."

Nooyi added that talks about her transition started approximately one year ago as Laguarta was named PepsiCo’s president last July.

"I've been in the company 24 years, and it's been a labour of love," said Nooyi in the interview. "At some point, you've got to sit back and say, what do I want to do with my life."

An area that interests Nooyi is getting more women into the top echelons of management.

"In many ways, I think after stepping down as CEO I can work with other women to figure out how to get them to c-suite positions and as a mentor and supporter," she said.

There is need to focus on removing barriers to women's progress, she said.

"I see the struggles women go through, and you ca not expect every woman to be a superwoman," she said.

"It just doesn't work because there's one constraint we all have, and that's that there are only 24 hours in a day."

Nooyi, one of the world's most powerful and influential business leaders, said leading PepsiCo has been the "honour" of her lifetime, and she is "incredibly proud" of all the company has done over the past 12 years to advance the interests of shareholders and stakeholders.

Among the few executives to break the glass ceiling in corporate America, Nooyi had also created history by being among the few India-born females to lead a global giant when she took over the reins at PepsiCo.

Nooyi described the development as a "day of mixed emotions for me".

She said PepsiCo has been "my life for nearly a quarter century and part of my heart will always remain here."

"But I am proud of all we've done to position PepsiCo for success, confident that Ramon and his senior leadership team will continue prudently balancing short-term and long-term priorities, and excited for all the great things that are in store for this company. PepsiCo's best days are still ahead of it," she said yesterday in the company statement.