India have fielded an unchanged XI, while the Aussies, out of necessity, brought in Nathan Coulter-Nile for the injured Billy Stanlake. 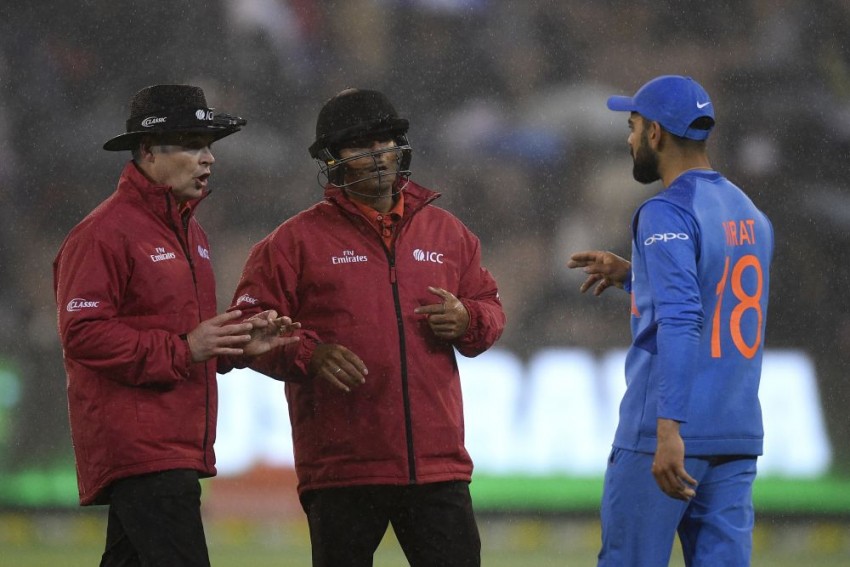 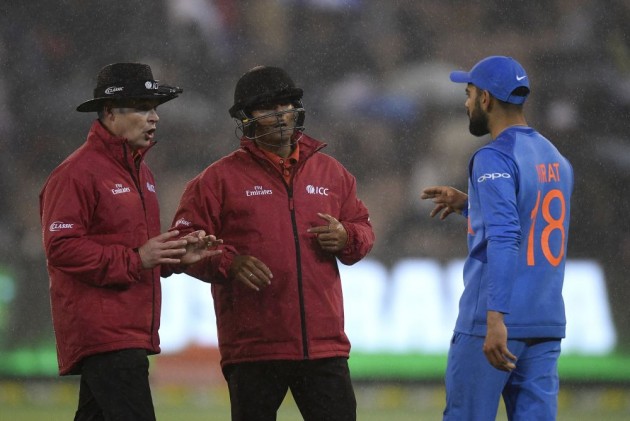 The second T20I between India and Australia was called off due to rain at the Melbourne Cricket Ground on Friday. Put into bat, Australia had ended their innings at 132/7 in the 19th over due to rain.

The match was then reduced to 19 overs with India set a DLS revised target of 137 from 19 overs, but further rain saw the target being revised twice to 90 in 11 overs and 46 in 5 overs. But with rain showing no signs of stopping, the match was eventually abandoned.

With that India's run of seven consecutive T20I series wins comes to an end. The fun fact is that that run started after the abandoned T20I against Australia in Hyderabad last year (series shared 1-1). The teams now head to Sydney for the series finale at the SCG. Hopefully, there will be no rain. But the stakes are getting higher for India, with each passing day in Australia.

They landed in Australia as the favourites against the embattled hosts, but Virat Kohli & Co will now need to win the Sydney match to deny the Aussies the bragging rights and also the morale booster before the two fierce rivals fight for the ultimate prize, the Border-Gavaskar Trophy.

Finally, the match has been called off. Moments ago, the target for India was revised again, at 46 from five overs.

Intermittent rain having its way at the MCG. India' target adjusted again. This time, India need 90 runs in 11 overs.

Relentless rain in Melbourne. Australia innings is over. India will be chasing a DLS adjusted score of 137 in 19 overs.

Heavy rain, and this should be effectively the end of the Australian innings. In that case, there will a revised target, just like the one the teams had two days ago in Brisbane.

Rains stopped play. The eight-wicket stand between Ben McDermott and Andrew Tye have added 31 runs as Australia fight back to post a fighting total at the historic Melbourne Cricket Ground.

Bhuvneshwar Kumar and Khaleel Ahmed took a brace each, while Jasprit Bumrah, Kuldeep Yadav and Krunal Pandya got a wicket each.

19 runs from Khaleel Ahmed's fourth and last over. His figures: 4-0-39-2. Aussies have scored 39 runs in the last four overs, but lost two wickets.

Kuldeep Yadav got his first wicket.

Krunal Pandya, who became of the target of fans after India's loss in the first match, is doing resonable well, taking one wicket, that of his nemesis in Brisbane, Glenn Maxwell.

Littler earlier, Jasprit Bumrah got his first scalp of the day, getting rid of Marcus Stoinis. Caught at thfird man.

Khaleel Ahmed removed both Chris Lynn and D Arcy Short as India take control of the match at the Melbourne Cricket Ground.

Marcus Stoinis is the new man for the Aussies. In the last four overs, India have taken two wickets, conceding

Bhuvneshwar Kumar struck in the second ball of the match to remove Aussie captain Aaron Finch. Edged, and caught behind by Rishabh Pant.

India captain Virat Kohli won the toss for the second time in the Twenty20 International series on Friday at Melbourne. The India captain opted to bowl first in the second match.

India have fielded an unchanged XI, while the Aussies, out of necessity, brought in Nathan Coulter-Nile for the injured Billy Stanlake.