On the front foot, he nonchalantly lofted the ball over cover for his first six of the day. 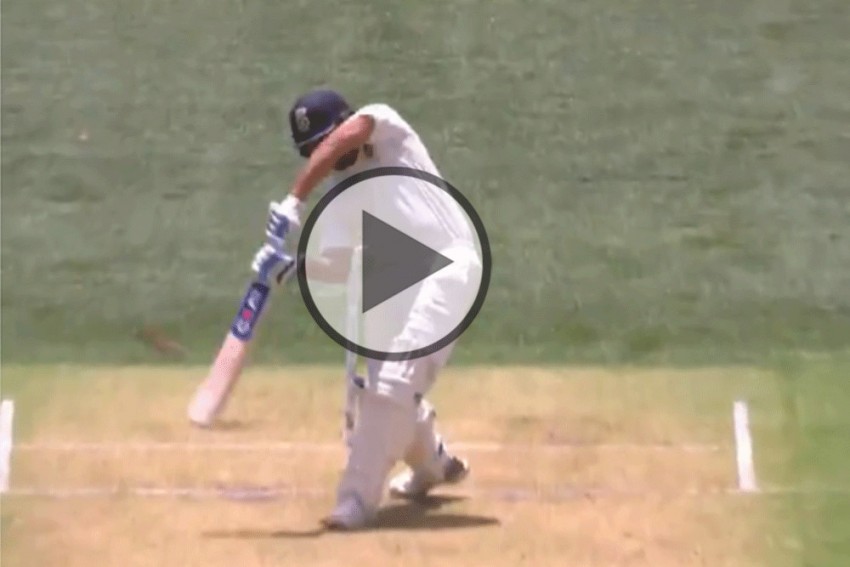 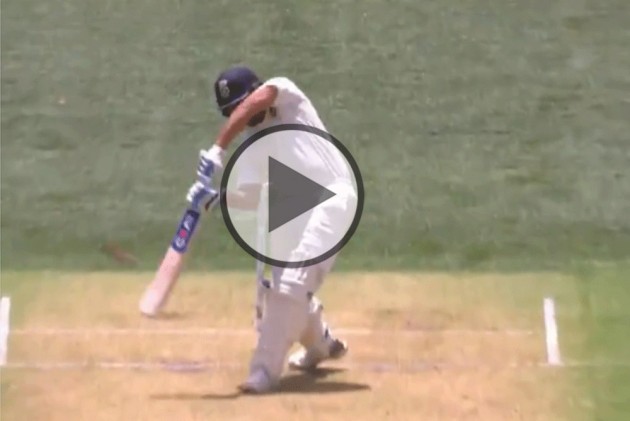 Rohit Sharma returned to Test cricket on Thursday during the first Border-Gavaskar Trophy match at Adelaide. The right-handed batsman made 37 off 61 balls as India managed 250/9 from 87.5 overs on Day 1 after skipper Virat Kohli opted to bat first.

Rohit, who last played a Test match in January earlier this year, looked edgy at the start but got a start only to throw his wicket in the 38th over, while going for a slog sweep against Nathan Lyon. His attempt ended up with a top edge. He had had just hit Lyon for a six off the previous delivery.

But before the dismissal, the right-handed batsman played some brilliant shots, and the highlight was a lofted cover drive with minimal effort. The ball sailed past the boundary rope. It was indeed a sight to behold.

In the 34th over, bowled by Pat Cummins, Rohit fended off the second ball. Then Rohit, on the front foot, picked the next delivery and nonchalantly lofted the ball over cover for his first six of the day.

Cricket Australia shared a video of the shot, with a fitting caption which reads, "Before his dismissal a short time ago, Rohit Sharma produced this glorious six over cover!"

Before his dismissal a short time ago, Rohit Sharma produced this glorious six over cover!#AUSvIND | @MastercardAU pic.twitter.com/DVj8SoPwPk

Batting first, India's top order failed again leaving the onerous task of rebuilding to the middle order. The visitors were down three for 19 runs inside the first 11 overs – KL Rahul (2), Murali Vijay (11) and Kohli (3) – all gone.

Cheteshwar Pujara hit his maiden ton Down Under (123) to salvage the day for India. Rohit's 37 was the second biggest contribution in the innings with Mohammed Shami unbeaten on six. Jasprit Bumrah will give his pace partner company early morning on Day 1.