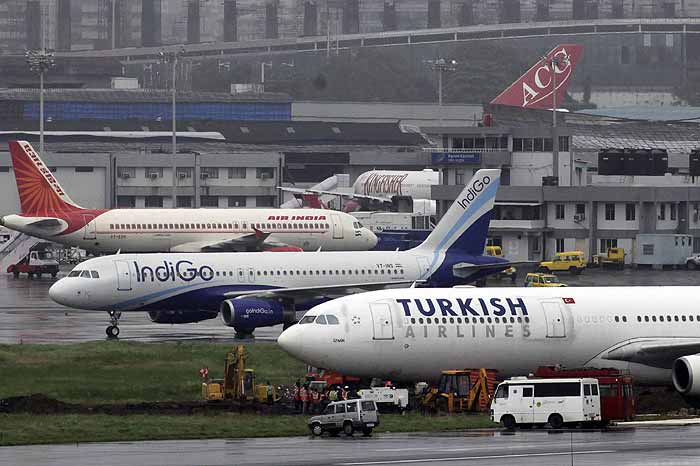 The draft Civil Aviation policy recently released by the Ministry of Civil Aviation proposes to create an ecosystem conducive to making India the third largest aviation market by 2025. The aim, according to the government, is to reach 30 crore domestic ticketing by 2022 keeping in mind that passenger traffic in the country is steadily growing at 20 per cent per annum in the last five years.

While the initial response to the draft policy was mostly positive, there still exists several kinks which need to be ironed out. India lacks a definitive policy when it comes to civil aviation and while this is a promising first step, it lacks a proper direction as well as seriousness that one looks for in proper draft policy. While the ministries have tried covering several important clauses in the draft, the fact that the policy appears to be a glorified recommendation note is not lost to most.

The draft lacks strategic foresight into making the Indian aviation industry competitive in the coming few years. It tinkers with many things but stops short of making concrete proposals for taking things forward.

The biggest problem the sector faces today lies in its functioning body, the Directorate General of Civil Aviation (DGCA). The DGCA controls almost all functions involving civil aviation and is responsible for all the decisions taken for the sector. Yet, the regulatory standards in the body are outdated along with a serous dearth of staff as well as funding and resources to manage the industry.

The bill, while talking about increasing the responsibility of the DGCA in regulatory checks does not address how the outdated body will be able to cope with the increasing load it is sure to face. The government has been in talks to digitise the DGCA’s operations in the coming year but unless serious steps are taken to increase functional strength, this solution is nothing but a band aid on a large wound. What the DGCA needs is a constant stream of funding along with well charted out procedures for streamlining its functioning.

Another gaping hole in the draft is its complete lack of benefits for domestic chartered operators. While the draft proposes to increase FDI in civil aviation to more than the current 49 per cent (a move which will only result in a drain of funds from within the country), it is not clear who this will benefit and on whose demand or suggestion this has been factored in for, unlike other sectors, few in aviation were gunning for more stake.

It has also almost completely ignored the interests of most domestic chartered operators. The draft mentions no initiative for such chartered operators to promote regional connectivity, seemingly one of its biggest agendas. In fact, most proposals made with regards to domestic connectivity remain incomplete or hazy. The proposal to remodel ‘underserved’ and ‘un-served’ airports in smaller cities too does not specify what such un-served airports entail.

The funding model too remains a point of contention as the bill proposes an 80-20 funding model where the states will incur 20 per cent of the cost of reinstatement of such airports. This is done without specifying how many airports are to be reinstated or what their capacity would be, raising doubts about how much the state would have to shell out.

Suggestions such as the viability gap funding model come during a time when the prices of fuel are at an all time low. The low prices, which accounts for almost 50 per cent of the cost of an airline company have made it possible for the draft to suggest changes such as a price cap on a 60 minutes flight.

Unfortunately, airlines seldom equate the duration of a flight with money but instead with fuel, or more commonly referred to as burn time. Most aviation companies have forecast that the price of fuel will almost double in the next year; an eventuality which will considerably increase flying costs. The suggestion to levy a 2 per cent cess on flight tickets too becomes an issue as it will considerably increase ticket prices for passengers without specifying how the money will be utilised by the government.

Another big issue is the 5/20 rule for allowing carriers to go international. Here too, the draft policy fails to come out clean and suggests three options ?— ?one is to do nothing?;? the ?second ?one is to abolish it?;? and a third one is to accumulate domestic flying credits and then allow carriers to fly overseas in a graduated manner. While this was one of the longest standing demands of the industry and one of the biggest expectations, the draft instead of providing a solution, has invited suggestions in effect, deferring any decision on it. Similarly, no serious word is there about allowing airlines to do ground handling on their own, another long standing demand which was pending on issues of security, though it proposes to simplify maintenance, repair and overhaul (MRO) norms.

Despite the unprecedented growth of the civil aviation industry in India with more companies entering the equation, the government is still to show serious interests in its functioning. These points to the half weaved amendments made in the policy while other major issues go unnoticed. One has to wonder who the government is trying to appease through the bill as the interests of the players in India are not being met. The bill is a classic example of the government trying to tinker with current rules and regulation without providing adequate solutions.