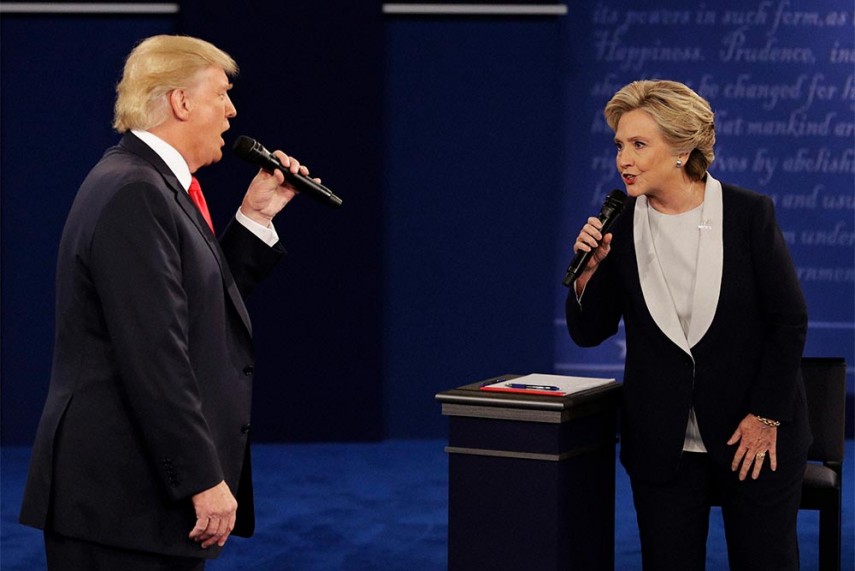 From all the election memes and debate fact checkers floating around in the web, you may have most definitely noticed the United States of America is about to elect its 58th President in a few days time. Why would a top level political change on America be of concern at all to any average Indian software employer? Well, given the fact that 60% of India's software exports are made to North America alone, this role change can certainly be of importance. If not a lasting impact on a long run, a short upward or downward spike need be expected in the amount of manpower being imported or being hired offshore.

I would start the analysis by saying the question of 'Who as President of US will do Indian IT industry the best' doesn't really have a clear cut answer. None of the presidential candidates have been much vocal about what they are going to do about the whole Import/Outsource scenario. But they do leave room for speculations with vague inputs on how the current H1B policies be changed for the good. For American skill, of course!

What is the current situation of Indian employers and H-1B imports?

The idea to bring in foreign workers "to perform temporary service of an exceptional nature requiring such merit and ability." was paved by 1952 Immigration and Nationality Act. Later by the 1990 Immigration Act the H-1B visa was created and an annual cap of 65,000 people was set. The statutory cap has changed multiple times over the years, rising as high as 195,000 at the peak of the dot-com bubble in the early 2000s and settling at 85,000 since 2005 in response to a perceived oversupply of visas in prior years. By 2015 as the outsourcing industry grew, service providers from India has increasingly expanded their operations and started setting up subsidiaries in the U.S. to better serve their clients. The top sponsors of H-1B visas in recent years have been India-based service providers like Infosys, Tata and Wipro.

While the actual intent is to acquire S.T.E.M (Science, Technology, Engineering and Mathematics) talent, companies have been mostly using the cap to fill in low quality, less paid employees in abundance. In a rather controversial and outrageous move, Disney Orlando laid off 250 employees in October 2015 and the jobs were transferred to H-1B workers from an Indian outsourcing firm. While all the top industry advocates including Bill Gates and Mark Zuckerberg stress that H-1Bs help the US lure the "best and brightest" from abroad, the reality is that the educational threshold for an H-1B is only a bachelor's degree. 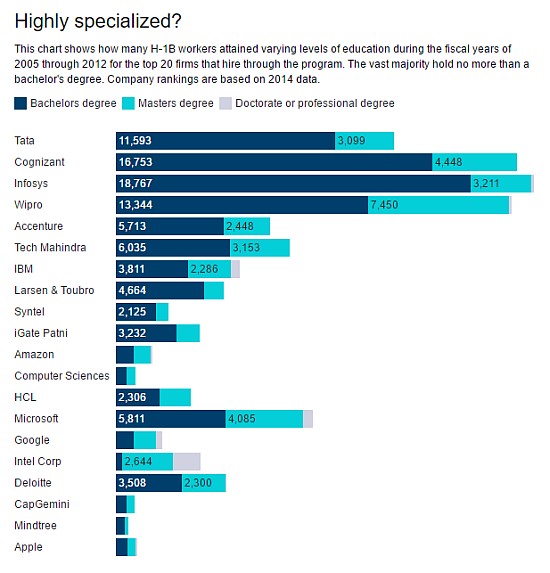 The major dilemma the H-1B program puts up for the American job scenario is that the lowering of the quota reduces labour market flexibility in the US and may drive firms to hire STEM workers offshore, while maintaining or increasing it enables tech firms to add skilled jobs onshore, which, however, may replace higher paid US staff in similar positions.

What would Trump possibly do?

The well- known xenophobic Republican candidate has been doing a flip flop on this issue every now and then. On one hand he said, "H-1B, whatever it is, I use it but I don't like it. I want to scrap all H-1B visas.". And went a 360 degree to propose to keep the current quota but raise the minimum wage for H-1B hires to avoid replacement of U.S. workers by cheap labor. He is also on record saying, "They go to Harvard. They go to Yale. They go to Princeton. They come from another country, and they're immediately sent out. I am all in favour of keeping these talented people here so they can go to work in Silicon Valley". So what effect his Presidency will have on our software industry is anybody's guess.

As per what the other earlier republican candidates have been voicing all through the earlier stages of the campaigning, Chances are that the party will back tightening the eligibility criteria and requiring the recruitment of American workers first. In his 2011 book Time To Get Tough, Trump had advocated a 15% tax on companies for outsourcing jobs to places like India and a 20% tax for importing goods and services. If he decides to stick to that the incoming calls for outsourcing may drastically lower. But then again, the Indian companies that have a US subsidiary have the option to hire local talent from there and take the tax exemption.

What would Hillary possibly do?

Be it Clinton or the current president Barack Obama, most Democratic candidates have been all in for updating the H-1B programme and increasing the annual cap to acquire the best of talent. However, it's not to forget that in 2008 Obama did try pass a bill that could have hit outsourcers with big Indian operations with a 35% tax bill if deferrals were eliminated. Also in Dec 2015, the US Congress passed a bill named the "9/11 Health and Compensation Act" to fund continued healthcare for first-responders. To keep the dollars flowing, the Bill doubled the fee for H-1B visas for every new applicant to $4,000. These changes will be in force for the next 10 years and are likely to cost the Indian IT industry $400 million a year, according to NASSCOM. Definitely not a very India-friendly move!

Hillary has been vocal about providing tax exemptions and health care benefits for local spurn IT companies and woman entrepreneurships, investing in computer science and STEM education (a loss for Indian companies) as well as attracting and retaining top talent from around the world (a definitive profit).

Back to the question - Hillary or Trump?

In the current situation, Hillary is not supposed to take any knee jerk reaction on the plans of Indian (Asian) outsourcing and labour imports which makes her the candidate the Indian IT industry should wish upon. On the other hand, Trump is known to make impulsive decisions. He may increase the H-1B salary cap which could help the companies that already have employees in US or he may abandon the entire outsourcing/talent import programme at a finger's snap.

Only time will tell what the new political whirlwind in North America will bring with it for India.