'Indian Government Does Not Want Me'

The young Japanese, whose visa was cancelled on the grounds that her application “did not match with the stated purpose of the proposed visit”, on what the government didn’t let her say 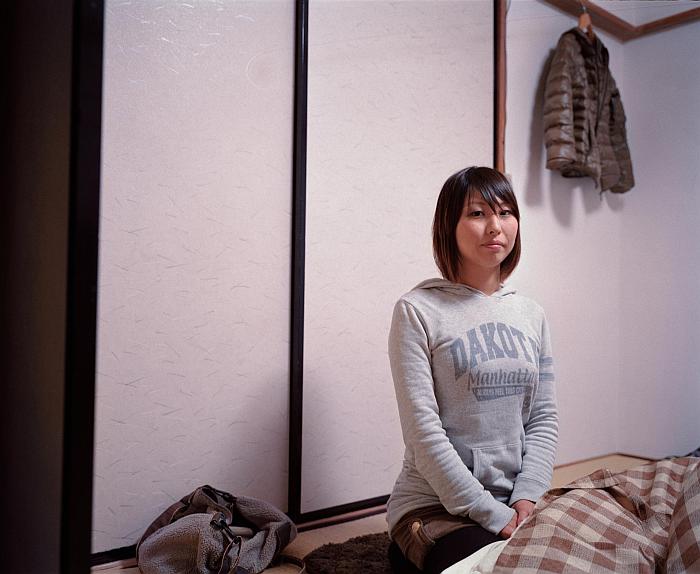 Not long after deporting a German national, accused by the state of organising anti-nuclear protests in Koodankulam in Tamil Nadu, the Indian government refused to let in into the country Maya Kobayashi, a survivor of the March 2010 tsunami and nuclear accident in Japan. This was presumably because the government felt her visit could heighten tensions in Koodankulam and Jaitapur, where locals are campaigning against the construction of nuclear power plants. The young Japanese woman was scheduled to visit India to “participate in a series of events and meetings”, as mentioned in the invitation letter from Greenpeace. The Indian embassy in Tokyo gave her a business visa on February 15 but cancelled it on March 2, claiming her application “did not match with the stated purpose of the proposed visit”. While it is unlikely that a survivor of a nuclear scare, and one invited by Greenpeace, would sing hosannas at the altar of nuclear energy, many were still shocked by the government’s decision to ban her entry. Some have linked the decision to revoke her visa with the controversy that was unleashed by the PM’s comments on NGO’s diverting foreign aid to fund their protests made in an interview to Science in late February. Here is what Kobayashi wanted to tell Indians and what the government didn’t let her say. Excerpts from an email interview:

Many, especially those who support nuclear energy, claim that Fukushima was not really a disaster, more so because there was no death caused due to radiation. Why do you think, if at all, Fukushima was a disaster?

Because of the Fukushima disaster many people had to move from their homes. If radiation is safe, why did we have to move? Radiation is invisible and causes long-term problems. You can’t see it, a few people stayed back because of it. This is bad.

Tell us a little about what you experienced a year ago and how you have adapted to cope with challenges posed thereafter, especially in terms of adapting to radiation leaks and other problems that were caused indirectly by it.

We learned that the reactor had melted two months before the official announcement was made. So, there was nothing surprising as we knew about it much earlier. Right after the accident, I was evacuated for about a week. I returned in July last year. I now live in Yonezawa city in Yamagata prefecture, one that borders the Fukushima prefecture. Excluding the time I have been out of Fukushima, I've lived there for nearly 20 years and that made it difficult to move. My younger brother is still living alone in Fukushima. Other than my younger brother, everyone has left Fukushima.

Our life changed after the Fukushima disaster. Human relations have been affected, people are very insecure, stressed and mentally affected. Among friends, we do not like to mention about this disaster again and again as it depresses us. However, we cannot see or smell the radiation but we feel that our whole environment has become dirty. We cannot touch plants, leaves, etc. My personal life has been affected. I have shifted to a government provided accommodation in Yonezawa city located in Yamagata prefecture and have lost touch with my friends.

Why did you choose to come to India and what is it that you wanted to share with Indians, especially those at Koodankulam?

The message I would like to give to people of India is that accidents in reactors can happen anytime. Even before this Fukushima disaster, accidents have happened. There is tremendous loss of life and people suffer a lot and it takes many years to reverse conditions. There needs to be a lot of studying and research on it and awareness needs to be created. There are many things that you cannot understand, that you will not feel unless you were living in Fukushima, and that’s what I wanted to talk about. Once there is an accident at a nuclear power plant, there is a risk, not just from the radiation, but also from the suffering due to displacement as well as one’s financial condition. All these risks together take a toll on one’s family, human life as well as economy of a family as well as the country. In our country, economy was given the priority over human life. This is what I wanted to say [to the Indian people].

How do you react to the Indian government's cancellation of your visa?

Why do you think it was cancelled?

Our government in Japan also tries to make it look like nothing happened at Fukushima. I personally feel that the Japanese government and the media made the issue and problem of Fukushima disaster very small as if it were no big issue. People in Japan in the past too have opposed the setting up of nuclear reactors on their land. But they were suppressed with money [bribe]. So, I personally feel that people of India are doing the right thing by opposing the government. It is but obvious. In fact, in Japan also if a new reactor is made then the entire Japanese population would oppose.

Will you apply to come here again?

Yes, I would like to. But I don’t know if Indian government wants me to come.

'Inclined To Vote In Favour...'