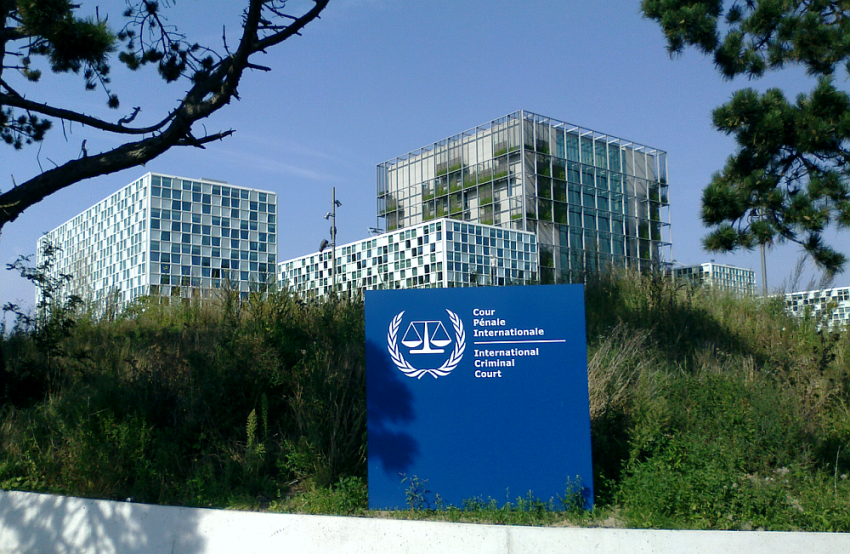 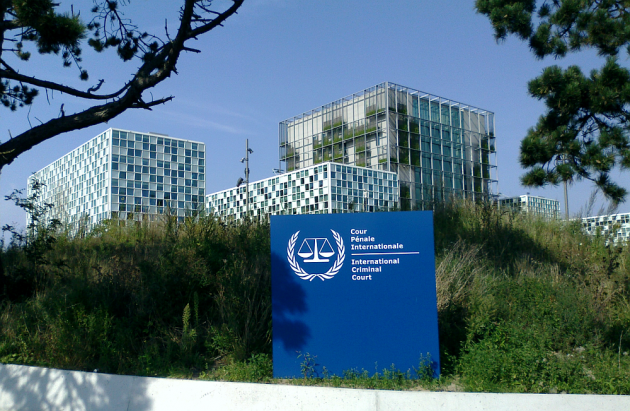 The International Criminal Court (ICC) has been in the news recently, not for its contribution in tackling impunity but for the desertion of state parties. Most notably, South Africa has notified its intention to withdraw from the Rome Statute, with Burundi set to follow. Countries such as the Philippines, Uganda, Namibia and Russia are mulling this course of action. A non-binding resolution at the 28th session of the African Union summit in January 2017 has set the stage for a mass withdrawal of its members from the ICC.

The relevance of the court as a means to ensure international accountability is increasingly coming underquestion. This is the time for governments in the global south, including India, to show leadership, and adhere to the ICC.

India has been a vocal proponent of Security Council reform, but has vehemently opposed the ICC. Advocacy for much-needed Security Council reform can only be buttressed with actions that indicate seriousness in tackling impunity, and adhering to the rule of law through an institution such as the ICC.   Indian government should reconsider its stance on the ICC, now more than ever.

The ICC currently has ten preliminary examinations and ten ongoing investigations, with other cases at various stages. Under its remit are crimes against humanity, war crimes, genocide and, recently, the crime of aggression (awaiting its adoption by the Assembly of State Parties to the Rome Statute in December 2017). There are, however, criticisms and constraints hampering the effective functioning of the ICC, which may impact its legitimacy.

The most strident arguments against the ICC are allegations of bias in the choice of situations to investigate and prosecute. While it is true that the majority of the investigations pertain to Africa, it is clear that over half are self-referrals of these state parties to the ICC, pursuant to Article 14 of the Rome Statute. It would be unfair to ignore this fact, and to focus entirely on global power imbalances as the reason for such a docket. The potential threat of prosecution in case of the commission of offences is instead the more likely reason for this angst.

Other problems include a lack of cooperation from states, and the inability to enforce decisions. In Kenya, ICC launched prosecutions against the President and the Vice-President for election violence. Unsurprisingly, the lack of effective witness protection and evidence concerns resulted in early termination of the proceedings.

The lack of cooperation of other state parties has also been an issue, such as the refusal of South African authorities to arrest Sudanese President Omar al Bashir, accused of genocide and crimes against humanity in Darfur, despite an international arrest warrant and a local court decision. It highlights the lack of enforcement ability in the international arena. These instances are also largely a consequence of the constraints inherent in the administration of an international system of justice. 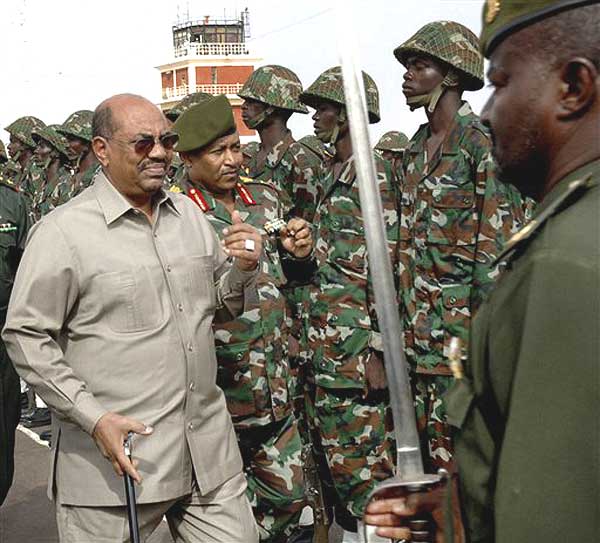 The International Criminal Court and the Security Council

The relationship between the ICC and the Security Council is complex. Chapter VII of the UN Charter places primary responsibility for the maintenance of international peace and security upon the Security Council. When any of the crimes within the jurisdiction of the ICC appear to have been committed, the Security Council may refer these to the ICC for investigation and potential prosecution. (Article 13(b)).

Article 16 of the Rome Statute also provides the Security Council the power to defer investigations or prosecutions by the ICC. Two resolutions - 1422 and 1487 - were passed, as a blanket measure designed to shield troops of non-state parties that are part of UN peacekeeping missions. After one renewal, this was no longer continued. No deferrals have been granted for any specified situations under preliminary examination or investigation by the court, despite attempts to do so, including in the case of Kenya.

In other instances, there may be an overlap between what the court is apprised of (either due to state party referral or the Prosecutor’s proprio motu powers), and the agenda of the Security Council. This has the potential to further complicate the relationship between the institutions, as well as the approach taken towards the particular situation.

These powers give rise to allegations of the politicization of justice, and thereby a diminution of the work of the court.

India’s approach: Security Council reform and opposition to the ICC

Security Council reform has been espoused by the Indian government, along with other ‘G-4’ countries, for the following reasons: that the current composition of the council is a relic of the past and does not reflect new global realities; that the current power imbalance does not take into account the concerns of the developing world; and that regional representation is essential, along with changes in the system of veto power. India advocates the expansion of the Security Council, to twenty-five members, including six new permanent members, with better geographic representation. It is difficult to fault these arguments, particularly in light of the pressing need for UN reform. However, there have been recent setbacks in this campaign for reform.

The argumentation against the ICC is along these lines: that it undermines sovereignty and could result in the imposition of judicial proceedings, despite a capable domestic legal framework; the application of international humanitarian law and a fear of potential prosecutions in relation to the various internal armed conflicts (ranging from the Maoist insurgency, to the North-East and Kashmir); the potential impact on Indian troop contributions for UN peacekeeping missions; and, last but not least, that the ICC is ‘subordinate’ to the Security Council, and that three of the five permanent members of the Council are not signatories to the ICC.

Furthermore, the fear of ICC turning into a super court is unfounded. The ICC’s involvement is predicated on the primacy of national institutions.

This principle of ‘complementarity’ ensures the ICC proceedings commence only when a state is unwilling or unable to investigate and prosecute serious international crimes (Article 17). Only a failure of the legal machinery or mala fide intent on the part of the state not to pursue legal remedies would permit the involvement of the ICC. Arguably, with a well functioning legal system, the fears of ICC involvement should diminish further.

The relationship between the Security Council and the ICC is the more significant concern here. The crux of the government’s argument is that political considerations are taken into account in the pursuit of justice, and the ICC is not truly independent and impartial as befits a judicial institution, due to the ability of the Council to interfere.

The statement of the Indian representative at the Rome statute preparatory conference in 1998 is the clearest articulation of the objections to the relationship of the council and the ICC. India argued that the role of the Council was violative of sovereign equality, given the ability of the P5 to refer crimes to the ICC, while they remained exempt from accountability.

Clearly, the potential for abuse stemmed from the composition and powers of the SC. A galvanizing factor was the fear of excessive use of the referral and deferral mechanisms, and undue interference of the SC. It is worth noting that the Indian representative to the 1998 conference, writing in a personal capacity after the first review conference of the Rome Statute in 2010, advocated for India to sign the Rome Statute.

However, the passage of time and the practice of the ICC has not resulted in any evolution of arguments by the government. At a Security Council open discussion on the relationship between the ICC and the SC, the Indian representative reiterated the importance of the rule of law, linking this to ‘…reform the architecture of international governance, including the Security Council’. The representative further opined that the ‘selectivity of referrals… has raised concerns about political considerations playing a dominant role… which raises questions about the independence of the court’. (The representative however erroneously referenced Article 16, pertaining to deferrals, rather than Article 13, referrals).

The overwhelming fear of politicization of the ICC hinges on referral of non-state parties, and deferral of the actions of the ICC. As the ICC has been functioning for the past decade, the practice of the SC is instructive, as is India’s reaction.

Thus far, only two Security Council referrals of non-state parties have taken place. When the Security Council referred the situation in Libya to the ICC in 2011, India was a council member and so its response is of particular interest. The Indian representative was reported stating that he would have “preferred a “calibrated approach” to the issue” as five SC members including India were not parties to the Rome Statute. But “convinced that the referral of the situation to the International Criminal Court would help to bring about the end of violence…”, India voted in favour of the resolution.

Conversely, the ability to defer has been exercised in the interest of non-state parties that contribute troops to UN missions, with India a beneficiary. In 2002, the United States blocked a vote on peacekeeping in Bosnia, till a resolution was passed for troop immunity. While expressing the belief that the involvement of UN peacekeeping troops in the commission of crimes under ICC jurisdiction was “extremely remote”, theIndian representative nonetheless urged the SC to give “careful consideration” to the views of troop contributing countries that were not party to the ICC. Ultimately, given the expediency, the interference of the SC in deferrals was in effect supported by the GOI. Further, India also signed a bilateral immunity agreement with the U.S., recognizing troop immunity.

Overall, the approach of the GOI has been inconsistent – in theory, it is against the ‘politicized’ role of the SC and its interference in the work of the ICC, but has supported this in practice. While interference has occurred less than feared, it instead may be a cause for concern.

In terms of the engagement with issues of UN reform, at the crux of the push for reform is the emphasis on equitable institutions and justice. However, there is less credibility when India argues for the rule of law and accountability, but remains on the sidelines in regard to the crucial role of the ICC.

The ICC is important from the perspective of international accountability and a global effort to address impunity. The Security Council is the world body tasked with maintenance of international peace and security. Clearly, both need reform and improvements. It is a show of good faith to support the ICC and indicates a seriousness regarding questions of accountability and tackling impunity.

Further, there is an incompatibility of arguments against the ICC and arguments for SC reform – both institutions are part of a system of international governance and are not mutually exclusive.

In keeping with the adage ‘no peace without justice’, the role of the ICC is crucial. At this time, support for the ICC is invaluable and may make the difference to the longer-term feasibility of the court.

From the Indian perspective, the next steps should be to sign and ratify the ICC, while simultaneously advocating for SC reform, and bridging the gap with national law reform. The approach must be of justice and accountability, rather than arguments of sovereignty and jingoistic nationalism, that ring hollow. Ensuring justice and accountability when atrocities occur is the truest test of a democracy that functions in the interest of all its citizens.

(The author is a lawyer and researcher. She has previously worked at the Red Cross, the International Criminal Tribunal for the Former Yugoslavia, and with NGOs on national implementation of international law. She has a PhD in international law from the Graduate Institute, Geneva).