Kohli has become the first player to hit hundreds in four successive innings against an opponent. 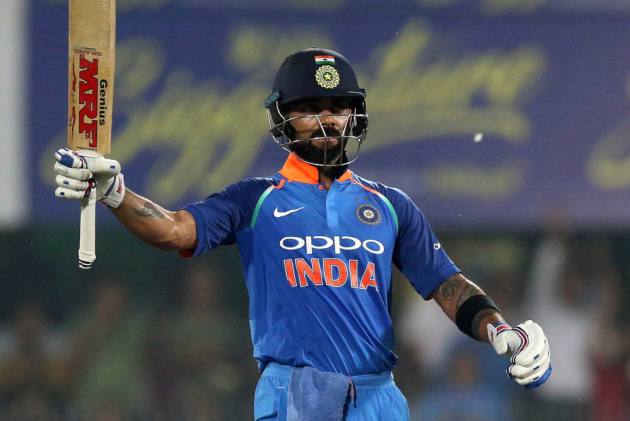 India captain Virat Kohli on Saturday hit his third hundred of the West Indies ODI series against in the third match at Pune.

The 29-year-old reached the landmark with a single off the first ball of the 37th over, bowled by rival skipper Jason Holder. In the process, Kohli has become the first player to hit hundreds in four successive innings against an opponent.

Kohli entered the series with 35 ODI hundreds, and after three matches, he now has 38 tons. He, in the process, became the fastest to reach 10000 ODI runs and also the quickest to hit 60 international hundreds, both in terms of innings taken.

Chasing a 284-run target, India continued to lose wickets but the Kohli kept the chase alive with yet another batting masterclass. But the skipper departed in the 42nd over with India still needing 64 off 51 balls. He made 107 off 119 balls.