India To Send Relief Packages For Rohingya Immigrants In Bangladesh

The packages are being loaded at Kakinada Deep Water Port and will be sent to Chittagong, Bangladesh. 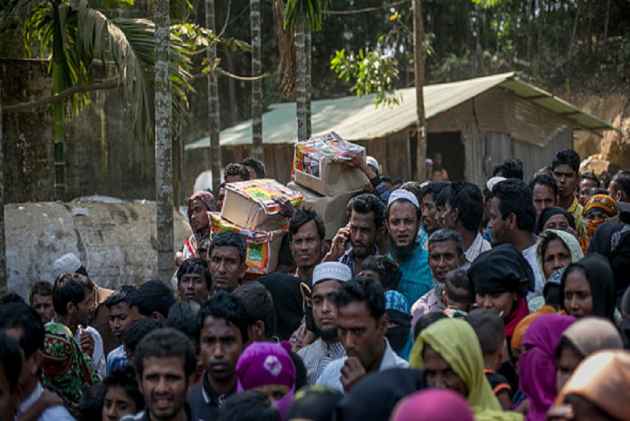 In continuance of yesterday's initiative to send relief packages to Rohingya immigrants in Bangladesh, India on Sunday loaded approximately 21,000 units of relief material on the INS Gharial to help its neighbouring nation evolve from the ongoing crisis.

The packages are being loaded at Kakinada Deep Water Port and will be sent to Chittagong, Bangladesh.

The ship is likely to depart from Kakinada on September 25 and will reach Chittagong by September 28.

Government of India has taken this step in connection with helping Bangladesh in tackling the large scale immigration of Rohingya Muslims from Myanmar.

Fearing prosecution by Myanmar army, millions of Rohingya Muslims have fled the violence-ridden state of Rakhine, with many of them crossing the border to take refuge in neighbouring Bangladesh. (ANI)