The IMF in its fiscal monitor report on digital government said digitalisation can facilitate stronger governance and fiscal transparency. 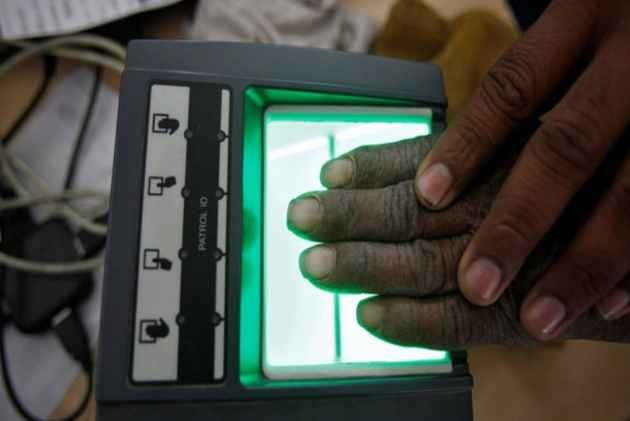 The IMF has said India should take necessary measures to ensure privacy and security controls while implementing large identification programmes like the Aadhaar, as the global financial body identified India as a leader in the biometric identification system.

The International Monetary Fund in its fiscal monitor report on digital government said digitalisation can facilitate stronger governance and fiscal transparency, allowing better public awareness and scrutiny of the budget process and the design of fiscal policy.

"It is difficult to disentangle the effect of digitalisation from broader macroeconomic and policy developments,” the IMF said.

For example, the use of Aadhaar in the LPG subsidy scheme coincided with the termination of the LPG dual pricing system and the reduction in the world price of natural gas, both of which helped reduce the cost of LPG subsidies.

"With more than 1.2 billion registered citizens in India's biometric identification system, Aadhaar, the country stands out as a leader in this area," the report said.

The IMF, however, stressed that governments should take necessary steps to ensure privacy and security controls when implementing large identification programmes.

"In India, privacy and security concerns led to alternating periods of mandatory and non-mandatory use of Aadhaar in social programmes,” it said.

"A court decision is still pending on its compliance with the right to privacy. In a recent data breach in India, it has been reported that 135 million Aadhaar numbers were compromised, underscoring the importance of sound privacy measures,” it added.

The report noted that spending should also be consistent with the government's budget constraint and will require policy-makers to create fiscal space for purchasing new technology, storing large amounts of data and hiring cyber-security experts.

Cost estimates are rare and incomplete, it observed.

"In India, data from the Unique Identification Authority of India place the costs of Aadhaar implementation and maintenance at about USD 1.5 billion or USD 1.25 per card between 2009 and 2017 but this compares favourably with the costs of other electronic identification systems of USD 3 to USD 6 per enrollee,” the IMF said.

Given its broad coverage, IMF believes that it may be a challenge to phase Aadhaar out.

"Advocates of the system assert that Aadhaar is compatible with the right to privacy because the captured biometric traits are encrypted, making it difficult for anyone who intercepts these images to access the actual content," it said.

"However, the lack of sufficient security controls makes the system vulnerable to unauthorised access," it added.

"In a recent data breach, it has been reported that Aadhaar numbers and the corresponding identities of 135 million Indian citizens were compromised when service providers used their access to steal identity information. Privacy and security controls are therefore key when implementing large identification programmes, IMF said.

The IMF in its report listed out central government implementing several digital platforms to overcome leakages in its subsidy scheme.

"Aadhaar, provides each citizen with a 12-digit unique identification number with demographic and biometric information (fingerprint and iris scan). With 1.2 billion residents enrolled, this is the largest biometric programme in the world. Finally a mobile network covering more than 1.16 billion phones serves as an effective service delivery platform, especially in rural areas."

Under the Jan Dhan, bank accounts have been linked to Aadhaar cards, the report said, adding that this has enabled the delivery of social benefits through direct electronic payments to eligible bank account holders.

Programmes linked to Aadhaar include the Direct Benefit Transfer scheme for LPG subsidies, the Public Distribution System for rice and wheat, and the Mahatma Gandhi National Rural Employment Guarantee Act program, which provides 100 days of work for unemployed workers in a year.

In 2008, the government digitalised the programme's wage payments and job applicants by linking their job cards to Aadhaar, IMF said.