Wondering Who Stitched Clothes For Ram Lalla In Ayodhya? Here’s All You Need To Know

"The visit of the president with his family members went quite well. They had the 'darshan' of the lord, they offered flowers and performed aarti. He is the first president who has come to the temple to have a glimpse of Ram Lalla," Das said.

He also told that the clothes that Ram Lalla wore were sent by Lucknow BJP chief, Late Pradeep Bhargava’s family. “My father wanted to send handmade clothes on the occasion and we fulfilled his wish,” said Apurva Bhargava.

He also said, "We ensured that everything is properly sanitized before taking the clothes to Ayodhya.  We would try to continue the ritual in the coming years." 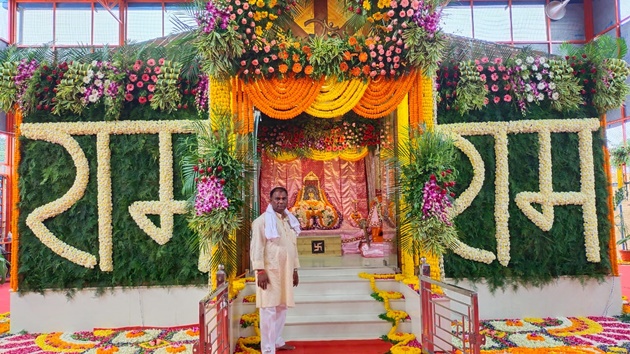 They also offered their prayers to Ram Lalla amid chanting of shlokas by priests at the makeshift temple.

A shawl and a miniature replica of the upcoming Ram temple were also presented to Kovind who interacted with the priests briefly and planted a sapling.

Australian Open 2022: Emma Raducanu Stunned By World No. 98 Danka Kovinic In 2nd Round