The deaths in the seven days constituted half of 25,000 deaths recorded during the last seven days, making the week’s fatalities highest in the three weeks 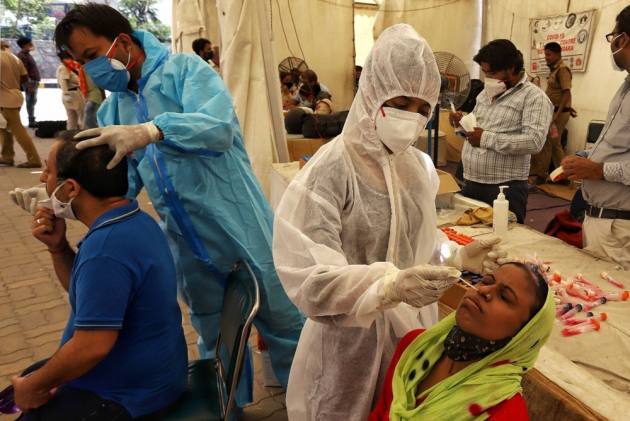 After two straight weeks of decline, Covid-19 fatalities reported in India registered a 19 per cent rise in the week ending Sunday, mainly driven up by as many as 12,573 “backlog” deaths added to the toll during this period, the highest for any seven-day span so far.

The deaths in the seven days constituted half of 25,000 deaths recorded during the last seven days, making the week’s fatalities highest in the three weeks, Times of India reported.

The count of active cases has further declined to 9,73,158 which is 3.30 per cent of the total infections, while the national Covid-19 recovery rate has improved to 95.43 per cent.

It has stayed below 10 per cent for 21 consecutive days, the ministry said.

The weekly positivity rate has also reduced and stands at 4.54 per cent.

Recoveries outnumbered daily new cases for the 32nd consecutive day in the country.

The number of people who have recuperated from the disease has surged to 2,81,62,947, while the case fatality rate has increased to 1.27 per cent, the data stated.

Cumulatively, 25,48,49,301 Covid-19 vaccine doses have been administered so far under the nationwide vaccination drive.

India crossed the grim milestone of two crore cases on May 4.

The Health Ministry stressed that more than 70 per cent of the deaths occurred due to comorbidities.