According to a health department bulletin, the city’s Covid positivity rate has dropped to 0.22 per cent and there are 3,226 active cases. 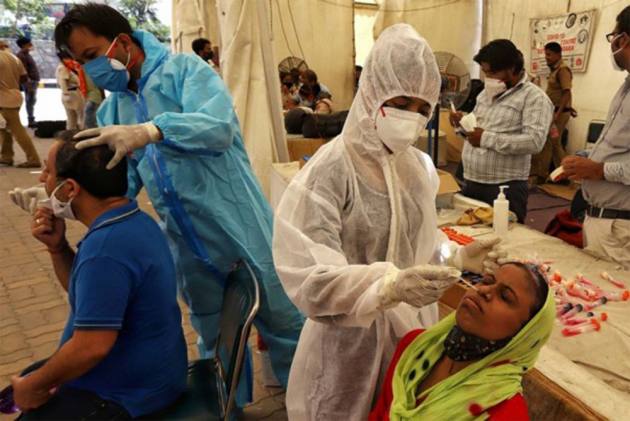 Amid witnessing a steady and steep decline in the number of coronavirus infections, Delhi on Monday logged 131 new cases, its lowest daily rise in 112 days. The city had recorded 128 cases on February 22.

The national capital also reported 16 Covid deaths, its lowest daily death toll since April 5, when 15 people died due to the virus.

According to a health department bulletin, the city’s Covid positivity rate has dropped to 0.22 per cent and there are 3,226 active cases. Of them, as many as 960 patients are in home isolation.

Over 14.03 lakh patients have recovered from the infection, according to the latest bulletin.

Delhi is reeling from a brutal second wave of the pandemic that swept the country, claiming a large number of lives.

On April 20, Delhi had recorded 28,395 cases, the highest daily rise since the beginning of the pandemic last year. On April 22 the case positivity rate was 36.2 per cent, the highest so far.

At 448, the national capital had recorded the highest daily toll on May 3.

With the positivity rate remaining below 1 per cent for two weeks, the Delhi government had on Sunday announced the partial lifting of curbs on restaurants and weekly markets from Monday.

While restaurants can open at 50 per cent capacity, one weekly market per municipal zone is allowed.

Salons, beauty parlours and barbershops, closed since the imposition of lockdown on April 19, also reopened from Monday, officials said.

However, schools, colleges, educational and coaching institutes, cinema halls, multiplexes, theatres, gyms, spas, yoga institutes, swimming pools, auditoriums, banquet halls, amusement and water parks, and public parks and gardens will continue to be closed till 5 am on June 21, according to an order issued by Delhi Disaster Management Authority.