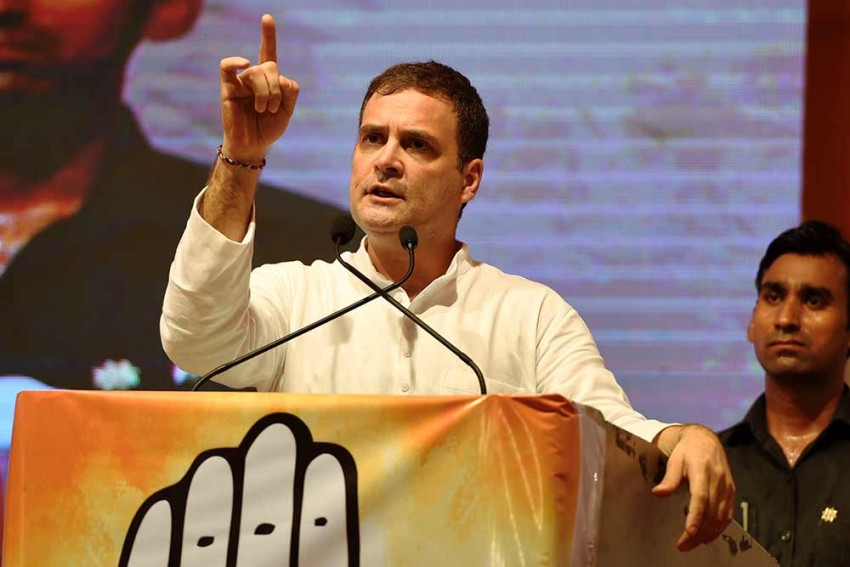 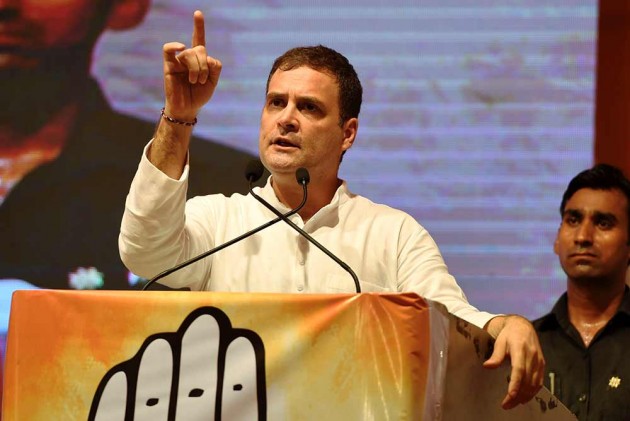 Congress leader Rahul Gandhi on Monday promised to waive farm loans in Jharkhand should the grand old party-led coalition come to power in the state. Jharkhand, like Chhattisgarh -- where Congress stormed to power last year -- has a significant tribal population.

"You (tribals) have land, forests and water, we are there to protect them," he said.

"There is no shortage of wealth in Jharkhand and Chhattisgarh but the common people, tribals are not benefiting from it. BJP government is exploiting Jharkhand in the same way as Chhattisgarh. But Congress will change this," Gandhi said.

Gandhi said the BJP government in Chhattisgarh "snatched" lands of tribals and gave to industrialists, but the Congress government returned their lands.

"Wherever we promised to waive farm loans, we did so after coming to power. In Jharkhand as well, we will do the same if our coalition is voted to power," Gandhi added.

He also hit out at the BJP government at the Centre over demonetisation, saying people of the state had to bear the brunt and stand in queues outside banks, but no "dishonest people" were seen in those lines.

"After all, who benefited the most from demonetisation and GST? PM Modi's friends. PM Modi has 10-15 industrialist friends, who take care of his marketing expenses," he alleged.

Meanwhile, BJP national president Amit Shah, who also campaigned in the state on Monday, urged the people of to exercise franchise in favour of his party, contending that their votes would determine if the state walked on the path of development or Naxalism.

Addressing a poll meeting in Chakradharpur, he said national and local issues were equally important for Jharkhand as people in the state wanted terrorism to be rooted out just as Naxalism.

"A majority of the jawans who are guarding the borders are from Jharkhand. People of this state want terrorism and Naxalism to be rooted out. Modi ji (Prime Minister Narendra Modi) had given a befitting reply to the terrorists through air and surgical strikes, he claimed.

He reiterated that "NRC will be implemented by 2024".

He challenged Rahul to give an account of his party's development programmes in the region over the past 55 years.

"Congress leader Rahul Gandhi is in Jharkhand today. I would like to ask him to give an account of his party's development programmes of 55 years, we are here with our account of five years, he stated.

The first phase election was held on November 30 with the polling exercise to the 81-member Jharkhand assembly concluding on December 20.