Assam has been able to manage its annual population growth but ‘when we lift the veil off the statistics, it is found that the Muslim population is growing at a rate of 29 per cent,’ Sarma said 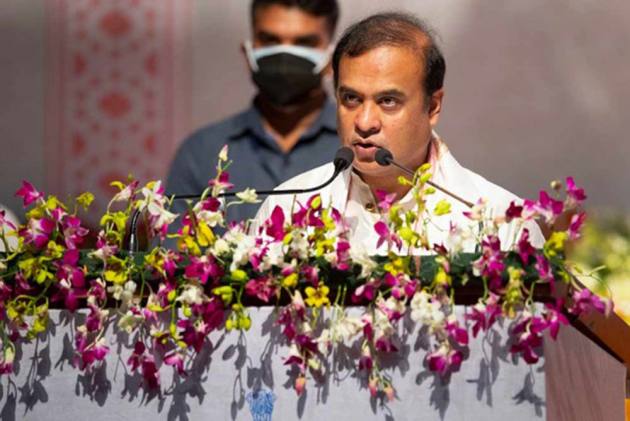 The Assam government will take specific policy measures to slow down the growth of minority population with an aim to eradicate poverty and illiteracy, Chief Minister Himanta Biswa Sarma said.

The state government's primary objective is to expand health and educational initiatives, and check the growth of Muslim population through such steps, Sarma told PTI in an interview.

However, there must be an approach that comes from within the community because when the government takes measures from "the outside, it will be interpreted on political lines", he said.

Assam has been able to manage its annual population growth at 1.6 per cent, but "when we lift the veil off the statistics, it is found that the Muslim population is growing at a rate of 29 per cent (decadal), whereas the Hindus are growing at 10 per cent", he claimed.

Sarma said he is in constant touch with the leaders of the Muslim community, and he will hold consultations with several organisations next month to create some kind of leadership within the community.

"Our policy parameters will include some incentives for the community like free education for girls till the university level, financial inclusion for minority women reservation in panchayats and government jobs, and establishment of colleges and universities for women in minority areas," he said.

The incentives will be there, but at the same time if "we focus only on it and ignore the disincentives, then I believe every policy will fail", Sarma said.

"If you are punishing someone for a particular case, then there should also be a reward for someone who is doing something good," he added.

Sarma had recently said his government was planning to introduce a population policy with a two-child norm, and families adhering to it can avail benefits under certain schemes. A similar rule exists for contesting in panchayat elections and in state government jobs.

"It is not that we are going to focus only on the disincentives; in a society, there has to be an approach in which both incentives and disincentives work together," he said.

Asked whether a particular community is being targeted in the eviction drive in the state against encroachers, the chief minister said, "It appears like that from outside, but who will allow encroachment of forests? It is merely accidental that some of the evicted people belong to a religious minority community."

The Supreme Court and the high court regularly pass orders to ensure forest cover is not depleting, he said, adding, "it is a national concern and I am acting according to a national policy".

"Recently, some Hindus and Assamese were evicted from an area in the city, and so it is not that we are only targeting minorities. Unfortunately, encroachment is higher in the minority community," he said.

Sarma said as the chief minister, it is his duty to protect forests, and for doing so, he does not have to keep in mind which religion the encroachers belong to.

Encroachers become a "separate class for me" and only when the eviction takes place, it comes to the fore whether the people are Hindus or Muslims, he said.

As far as 'Sattras' (Vaishnav monasteries) and 'Namghars' (prayer halls) are concerned, the CM said he had appealed in the assembly that neither Hindus should occupy masjid lands nor Muslims 'Sattra' and 'Namghar' areas.

"Both the Congress and AIUDF had said they do not want such lands to be encroached... In the political spectrum, there is unanimity that there should be no encroachment of lands belonging to religious institutions," he asserted.

On his other priorities as the chief minister, Sarma said Assam has a few typical problems like flood and erosion for which solutions must be found.

"Assam is not among the top brackets of states in terms of infrastructure and social sectors, and my effort will be to improve the infrastructure, social development goals index, maternal and infant mortality rate, among others.

"Resolving the flood and erosion issue requires big money, technology and institutional structure, and we are working towards those. We will, of course, have to be dependent on the Centre for this and I am sure support will be available," he said.

Sarma also said he was committed to resolving various disputes, including issues involving inter-state borders with other northeastern states and evolving a unified vision for the development of the region.